The French giants will be hoping to take another step towards the knockout stages of the continental competition when they welcome Carlo Ancelotti’s Serie A side to Parc des Princes in Group C.

Neymar and his French colleague looked to be in good spirits as they chatted in the warm-up of their final session on Tuesday and exchanged passes up and down the pitch. 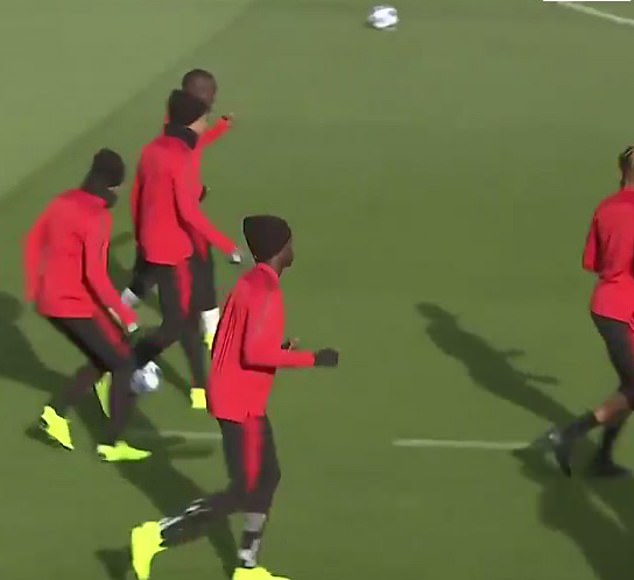 As they were called in to receive some instructions, Neymar cheekily slipped the ball through 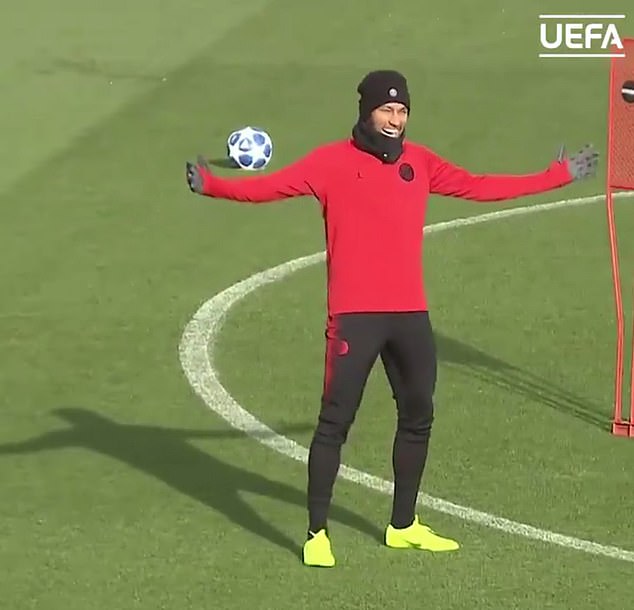 But as they were called in to receive some instructions ahead of an exercise, Neymar cheekily slipped the ball between the legs of Mbappe who was none the wiser.

The Brazilian star then ran away to celebrate and found it hysterical while other team-mates joined in.

Mbappe, who has already scored 11 goals in eight games across all competitions this season, responded by kicking the ball at Neymar in frustration but narrowly missed his target. 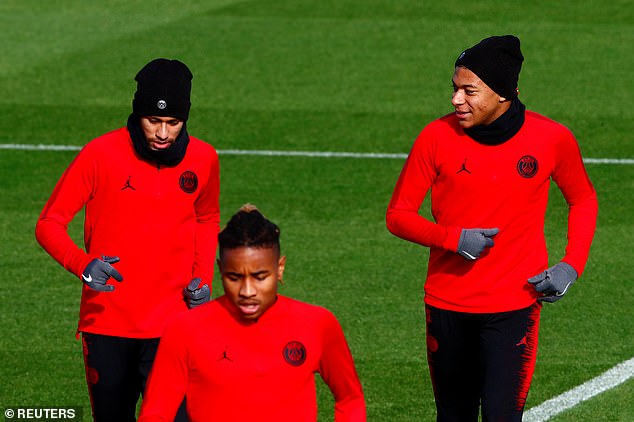 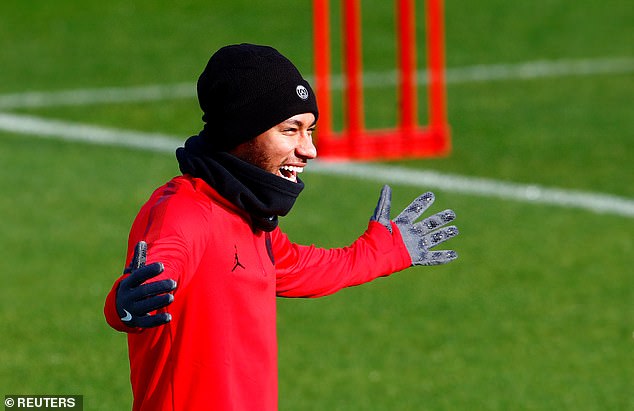 Group C is finely poised at present with Napoli in top spot on four points and PSG and Liverpool both on three after two games.

The French giants come into the game on the back of a sensational 5-0 Ligue 1 victory over Amiens on Saturday that maintained their 100 per cent start to the domestic season.