By Daniel Sandford For Mailonline

Living the high life is something Neymar has become more than accustomed to and he emphasized that point further by posing on the steps of his private jet.

Never one to dodge the lens of a camera, the Barcelona superstar shared the snap on his Instagram page, along with the caption: ‘On the way up!’

Having been allowed to put his feet up for Brazil’s Copa America run and focus on the Rio Olympics in August, the 24-year-old has been loving life in the Sates, sharing his jet-setting lifestyle with the likes of Justin Bieber and Lewis Hamilton. 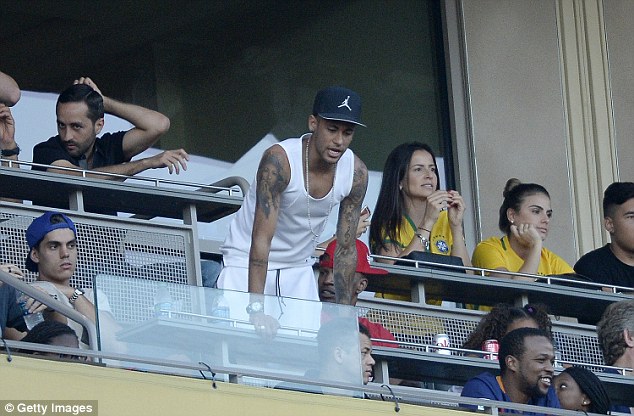 The Brazil captain has not been neglecting his supporting duties, seen cheering his country on from the stands

Taking a break from football, Neymar has also been able to indulge in another of his interests, as he watched Stephen Curry’s Golden State Warriors trounce Cleveland Cavaliers 110-77 in the second game of the NBA Finals on Sunday night.

The fashion-conscious Brazilian has also collaborated with basketball legend Michael Jordan to create a unique pair of Nike Hypervenom football boots, donning the famous Jordan jump logo, which he will wear later this summer. 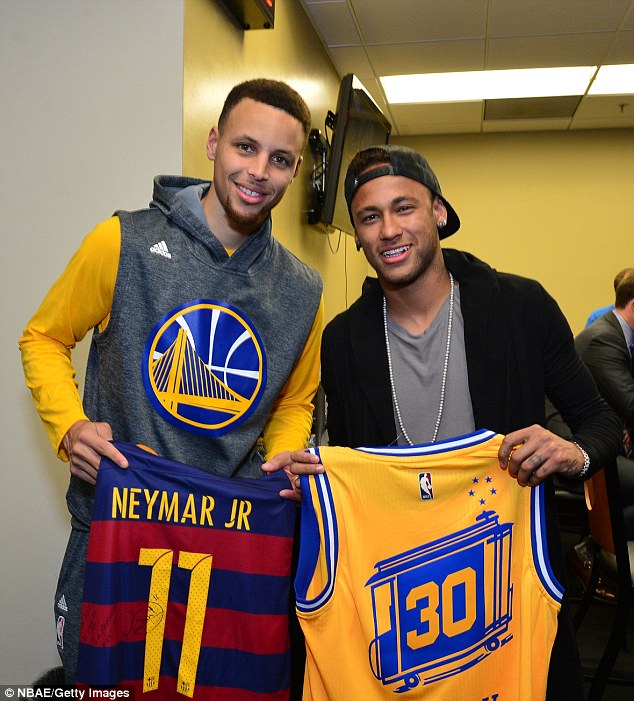 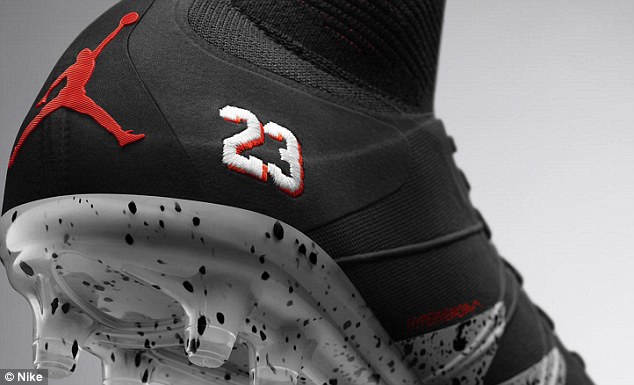 After watching his side engage in a 0-0 bore draw with Ecuador at the Rose Bowl last Sunday, Neymar would have been pleased to see Brazil finally get their first win and also get on the score board, as they trounced Hati 7-1 in Orlando.

A hat-trick from Liverpool play-maker Philippe Coutinho, two goals from Renato Augusto and one apiece from substitutes Gabriel Barbosa and Lucas Lima gave the Selecao an emphatic win in this Group B encounter. 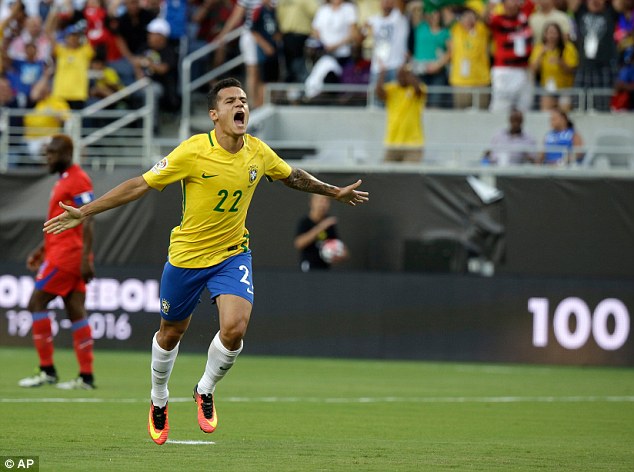