Brazil’s World Cup kits are always a thing of beauty, and this year’s edition is no different as the Selecao gear up for Russia 2018.

Neymar, Dani Alves and Thiago Silva are among the players modelling the new Nike strip, which will be worn as the team attempt to win a sixth FIFA World Cup trophy.

There are nods to the vibrant ‘Brasilian culture’ throughout the collection, and the designers claim the kit features the ‘brightest yellow’ in 20 years. 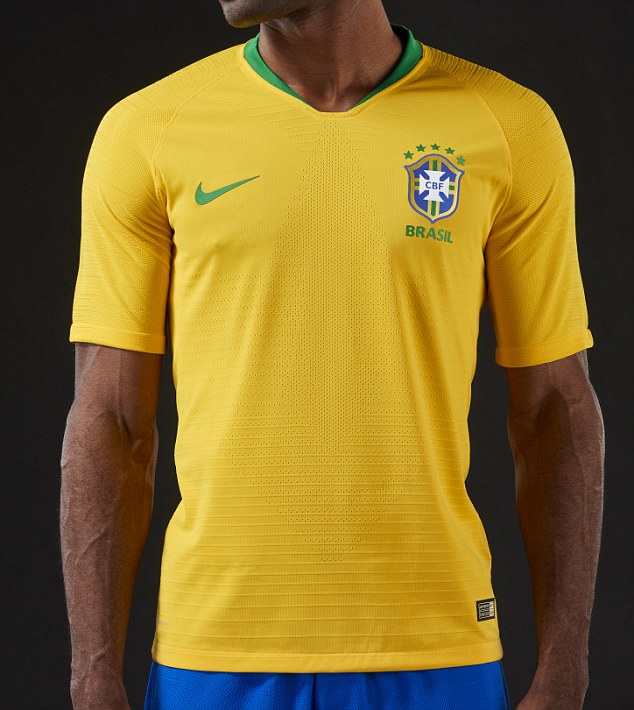 Nike have designed the new strip, which features the ‘brightest yellow’ for 20 years 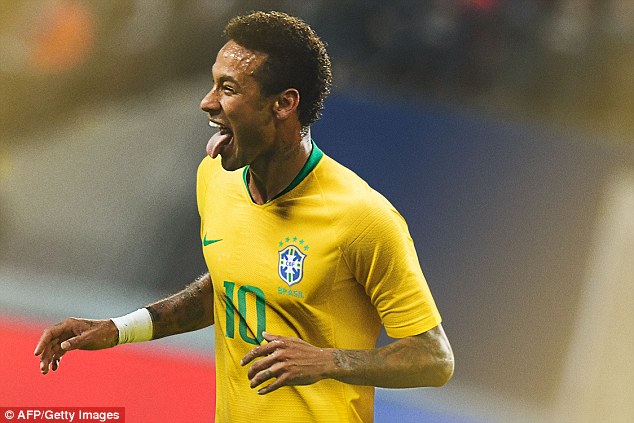 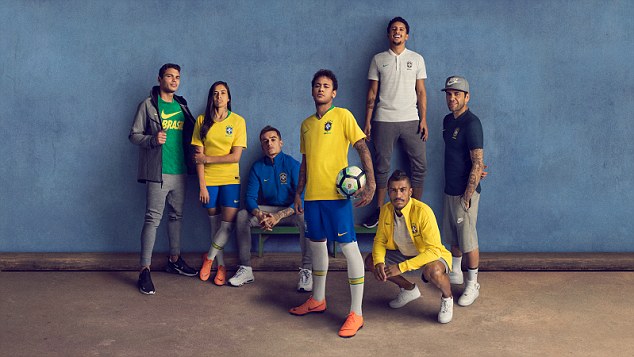 Some of Brazil’s biggest names model the new home and away kit, plus some other gear

One big feature of the home kit is a blue neck tape on the back collar, reintroducing blue to the strip for the first time in 50 years.

The phrase ‘voce e a selecao’ runs around the design, a phrase which translates to English as ‘your selection’.

The blue away kit is a throwback to 1958, the first time the country wore that colour for their second strip and also the year of their first World Cup triumph. 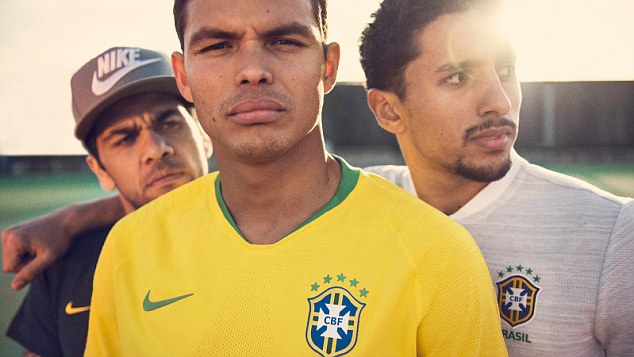 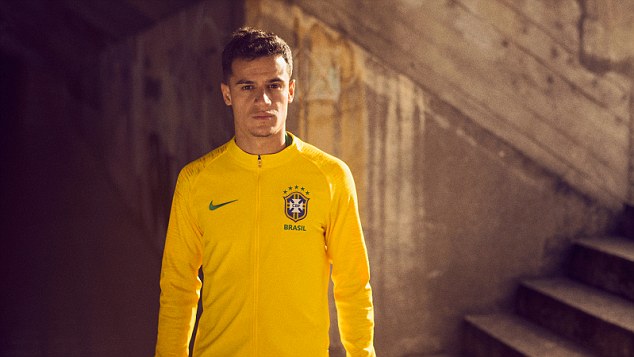 Philippe Coutinho, formerly of Liverpool and now at Barcelona, wears the pre-match jacket 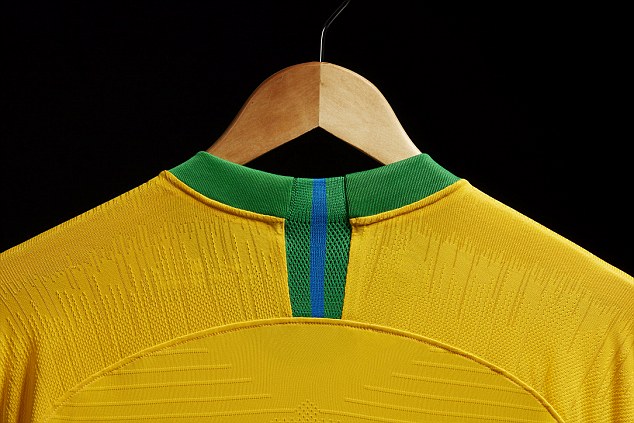 There is a touch of blue on the home kit, reintroducing the colour for the first time in 50 years 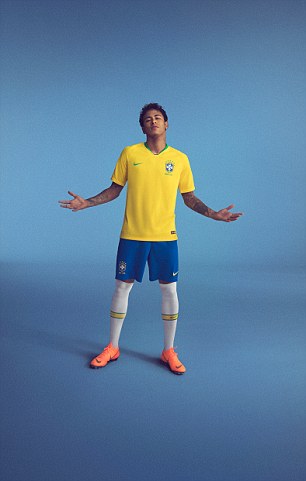 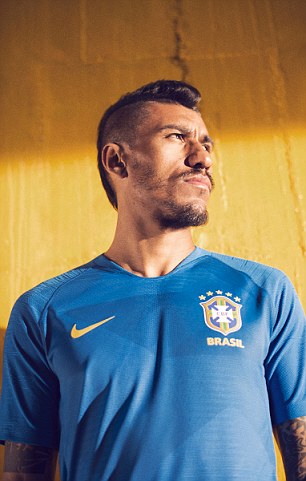 Neymar (left) shows off the home strip, while Paulinho wears the away kit – a throwback to 1958

All the kits will be available for purchase on March 23, the day the national team face World Cup hosts Russia in a pre-tournament friendly.

The Selecao will then face Germany four days later to round off the international break, before the country’s stars head back to their clubs to finish the season.

In two months’ time, attention will then turn fully to the summer tournament, as Brazil look to win the World Cup for the first time in 16 years. 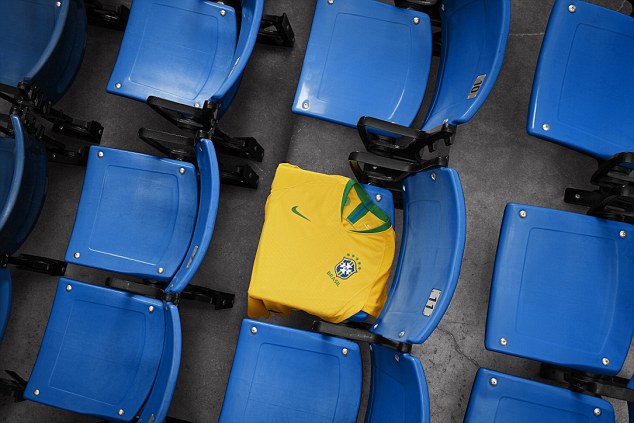 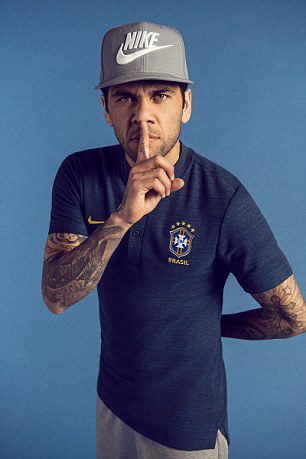 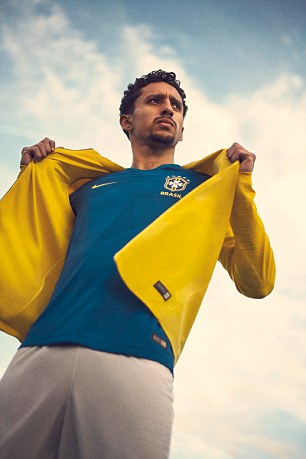 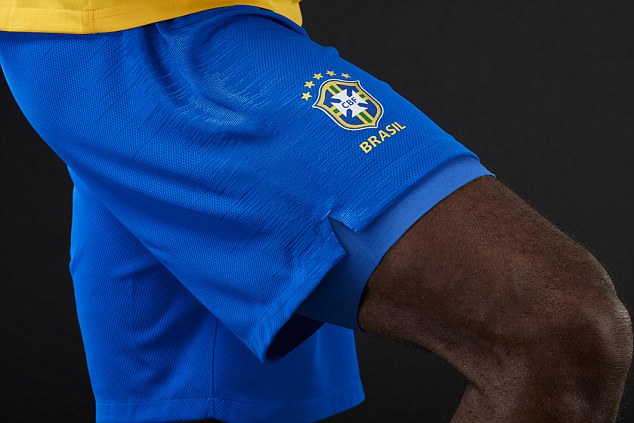 There are blue shorts to go with the yellow home shirt, while the socks will be white 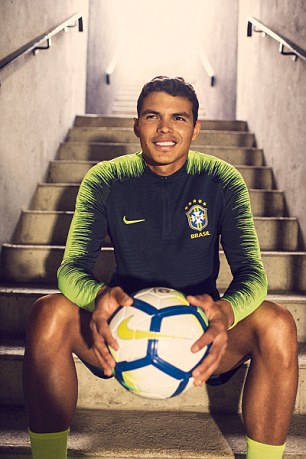 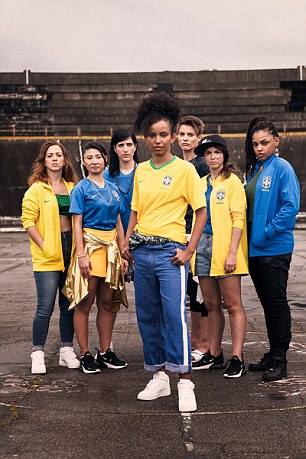