Neymar may have built himself a reputation as a prolific diver in some quarters, but the Brazilian showed a touch of class following PSG’s defeat by Liverpool on Tuesday evening.

The PSG forward was far from his best at Anfield and watched his international team-mate Roberto Firmino come off the bench to score a late winner for the home side.

Crossing paths in the media’s mixed zone, Neymar interrupted Firmino’s post-match interview to say congratulations for his display. The pair embraced before Neymar continued his journey towards the exit door.

It was a touching moment that will do wonders to rebuild Neymar’s damaged reputation following his antics at this summer’s World Cup. The £198million man was ridiculed for feigning serious injury almost every time he suffered a foul.

Pictures of him writhing in agony quickly became the subject of myriad memes and the ‘Neymar Challenge’, where people fall to the floor in apparent agony in public spaces, briefly became an internet sensation.

The perception that Neymar is a soft touch could not be different to the character that Firmino has cut for himself. Indeed, the Liverpool striker scored the winning goal despite suffering a freak eye injury against Tottenham last weekend. 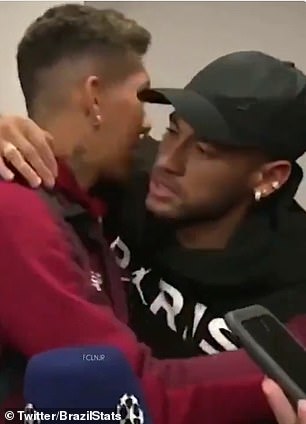 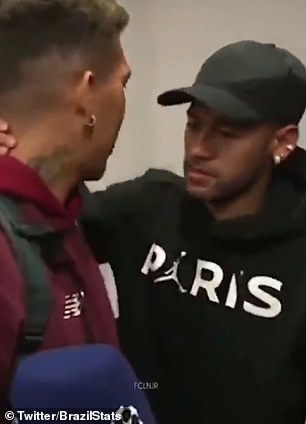 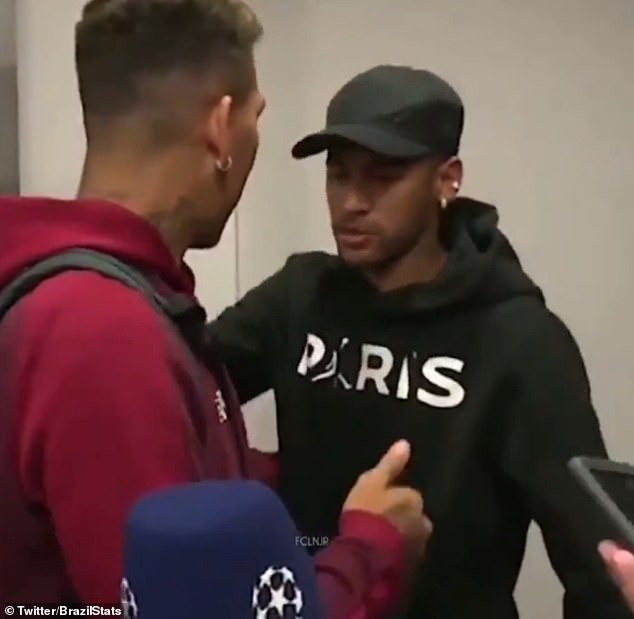 While tussling for the ball, Jan Vertonghen’s finger actually breached Firmino’s eyelid and the resulting damage forced him out of the game. He was not expected to play a part in Tuesday’s Champions League tie, but ended up contributing from the bench.

Jurgen Klopp, who feared his star striker would not be fit to play following the eye injury, says his goal and celebration, in which he covered his afflicted eye, showed plenty of character.

Klopp said: ‘I loved his goal celebration. To come off the bench after his injury at the weekend is incredible really. I can’t say enough good things about Bobby.’

The win over PSG saw Liverpool top their Champions League group as Napoli drew with Red Star Belgrade in the other match. In what many are calling the ‘group of death’, last year’s finalists are already looking good to make it to the knockout rounds. 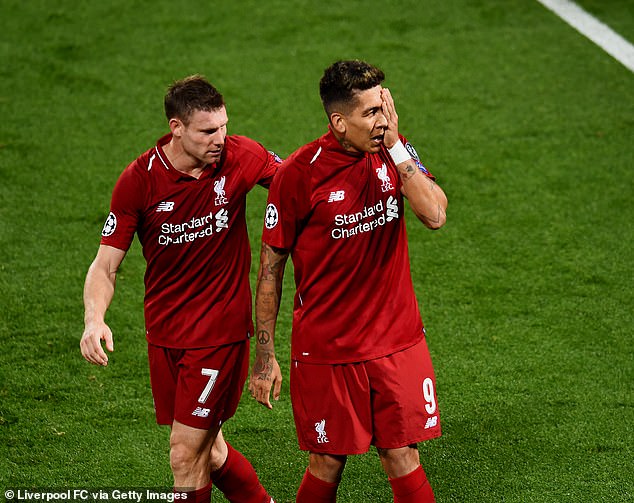