Paris Saint-Germain are sweating on Neymar’s fitness ahead of their crucial Champions League clash with Red Star Belgrade.

PSG will qualify for the knockout stages if they win in Serbia on Tuesday night but they could be without their star forward, who did not return to training as expected on Sunday following his latest groin injury.

If Liverpool beat Napoli at Anfield and PSG lose in Belgrade then the French champions will be eliminated from the competition and drop into the Europa League.

Neymar hobbled out of PSG’s draw at Bordeaux eight days ago and PSG boss Thomas Tuchel has been bullish about the injury, saying it is ‘not serious’. He set a timetable for Neymar to return to full training last Friday or Saturday, but the player did not train even though the session was put back until Sunday, according to ESPN.

Should Neymar not be fit to play, Tuchel would still be able to call on Kylian Mbappe, Edinson Cavani and Julian Draxler in attack but the team would be without their talisman in what is sure to be a hostile atmosphere. Liverpool, last season’s beaten finalists, lost 2-0 in Belgrade last month, although PSG beat Red Star 6-1 at home. 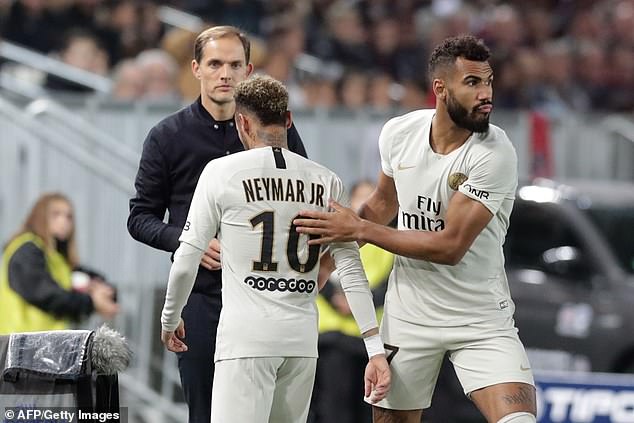 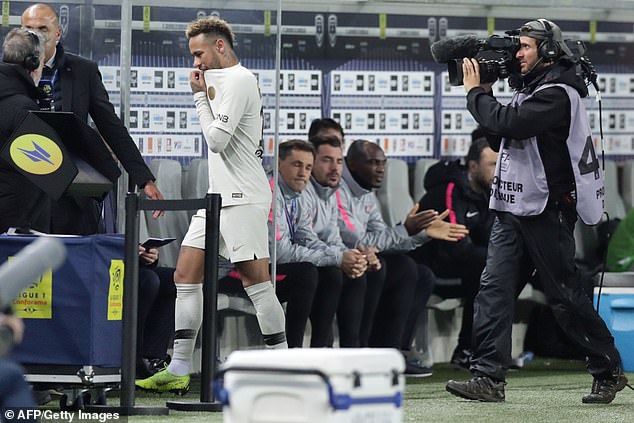 Neymar now faces a race to prove his fitness, with the squad flying to Serbia on Monday before the game the following night.

Meanwhile, Draxler has said that Neymar is so good that he can play anywhere he wants on the pitch, and that his job is to make sure the Brazilian has the ball as much as possible.

‘You know he doesn’t really care in which position he plays, because he tries to be everywhere on the pitch.’

‘Of course if you have a player like him you have to give him the ball. That’s also kind of my role at the moment.’