In a clip uploaded to his Instagram story, Neymar can be seen sneaking around the corner to catch his team-mate by surprise.

Mbappe appeared to be cooling down when Neymar caught him unaware and squirted water into the France international’s face, causing him to cry out in shock. 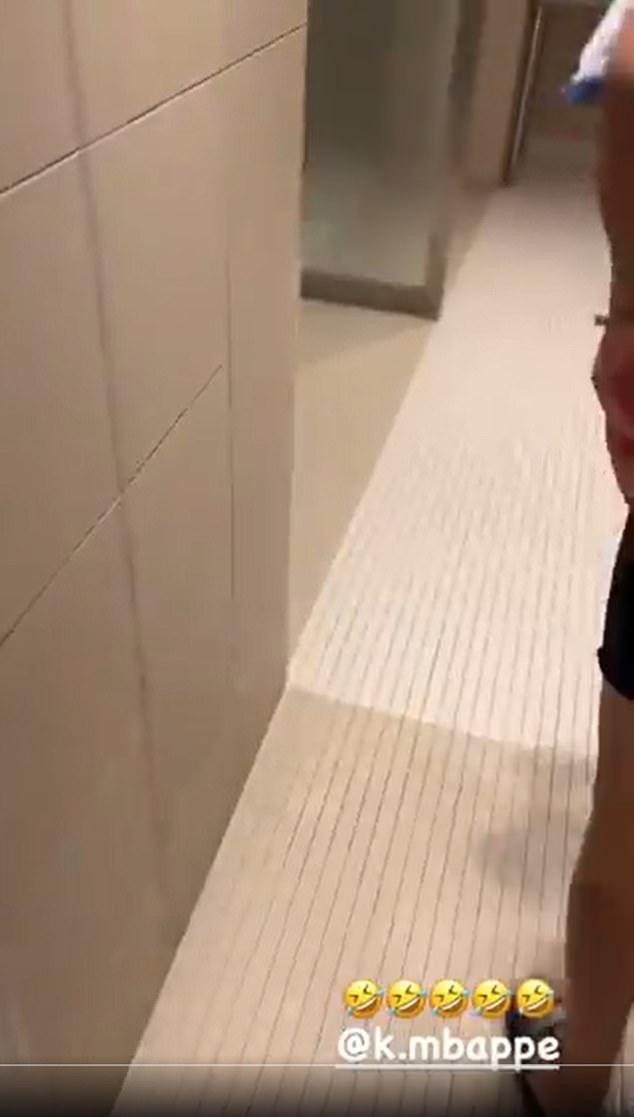 Luckily for Neymar, the Frenchman seemed to see the funny side as once he had recovered from the initial shock he could be seem laughing into the camera.

Mbappe found the back of the net to help his side to a 2-0 victory over Stade Brest on Sunday but Neymar is currently sidelined as he recovers from injury having sustained ankle ligament damage towards the end of PSG’s Ligue 1 win at Saint-Etienne in November.

The PSG duo have a history of pranking each other and Neymar’s water bottle joke appears to be the latest instalment in their friendly war. 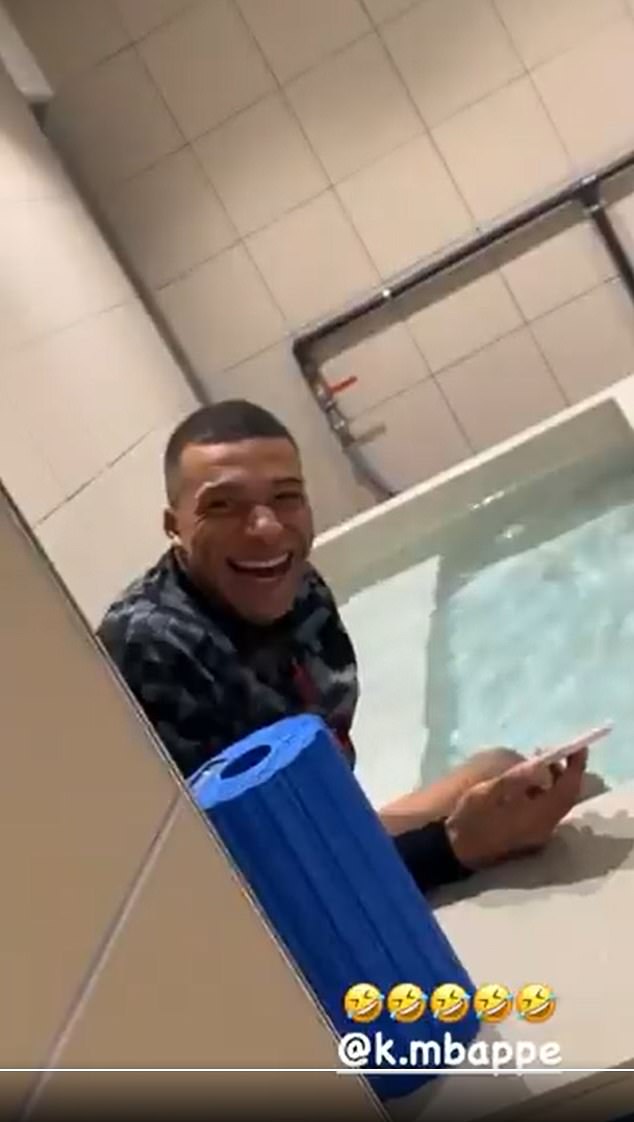 Luckily for Neymar, the Frenchman seemed to see the funny side as he laughed at the camera 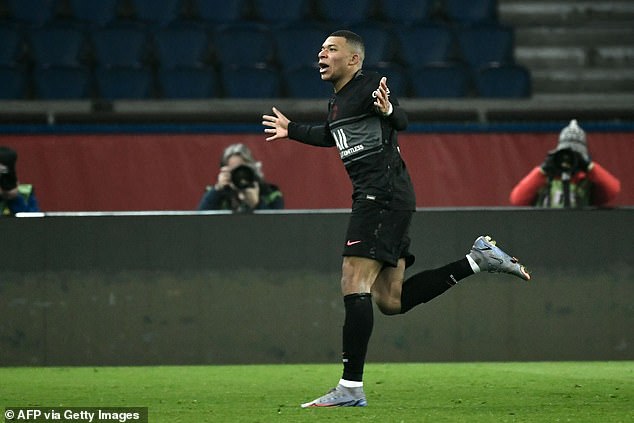 The Brazilian left himself in hysterics in 2018 after luring Mbappe into putting his face in front of his water bottle, which he was using as a microphone.

Neymar was singing along innocently before giving Mbappe the mic, but as soon as the French forward was in range, he squirted the contents of the bottle straight into the direction of the 23-year-old’s face.

Mbappe retaliated with a prank of his own last year with a savage wet towel slap on the Brazil international.

In footage uploaded to his Instagram Story, Mbappe was seen wetting a towel, before walking into a gym and throwing it on Neymar’s face.

The arrival of Lionel Messi at the Parc des Princes last summer is said to have divided the previously inseparable duo, according to The Mirror.

But back in December PSG boss Mauricio Pochettino played down talk of a rift between the two.

‘They are fantastic guys,’ Pochettino said of the attacking duo, via the Daily Star. 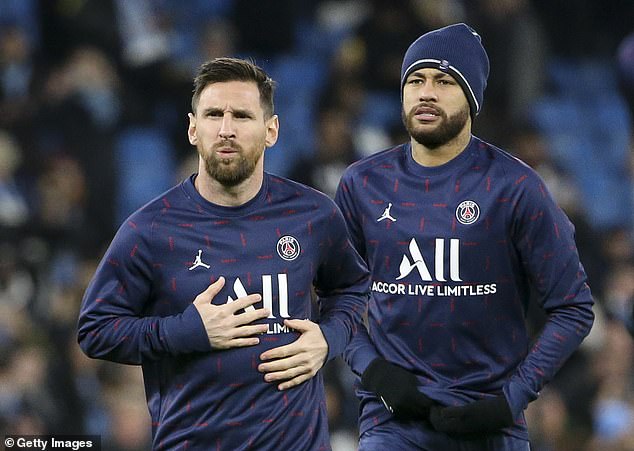 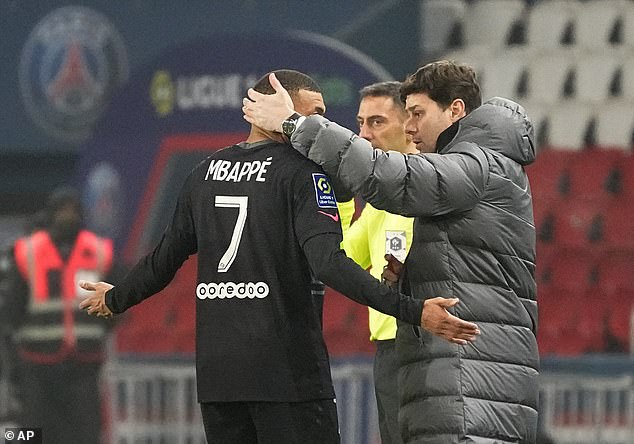 ‘These things happen. There are always things between top players, they are competitors who want to win and help the team.

‘These things happen and I have spoken to them today individually and they have also spoken to each other. In training, they were laughing.

‘Their target is to win and help the team achieve so if there is a small incident sometimes that can create a big wave that is actually all talk outside the squad.

‘In reality it is a minor problem. It is really nothing.’