Neymar is a ‘star in the soccer world… he’s fun to watch’: Steph Curry pours praise on Barcelona and Brazil striker

Neymar is a ‘star in the soccer world… he’s fun to watch’: Steph Curry pours praise on Barcelona and Brazil striker

The Brazilian is in the USA to watch his country during the Copa America as he takes a break to concentrate on the Olympics in Rio in August.

But he paid a special visit to NBA star Curry as he watched Golden State Warriors cruise to a 110-77 victory over Cleveland Cavaliers to take a 2-0 lead in the finals.

Steph Curry and Neymar met up after game two of the 2016 NBA Finals, which Golden State Warriors won 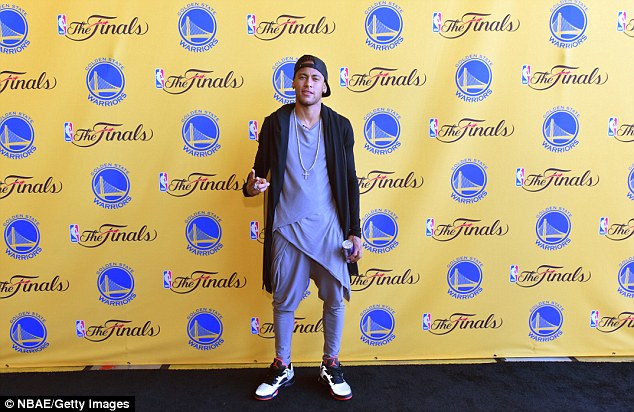 And two-time NBA MVP Curry was appreciative of the 24-year-old’s visit, praising his skills after a La Liga and Copa del Rey double in Spain.

‘Obviously, he’s a star in the soccer world, showing such skill and kind of grace when he’s out there on the field. So he’s fun to watch,’ Curry said in his post-match news conference.

‘I know he’s a basketball head. I saw him dribbling two basketballs the other day trying to mimic my two-ball routine.

‘I told him I appreciate that and he doesn’t want to see me with a soccer ball, because I wouldn’t know what to do.

‘It’s pretty cool to know we’ve got fans all over, and obviously it’s inspiring what he does on the soccer field.’ 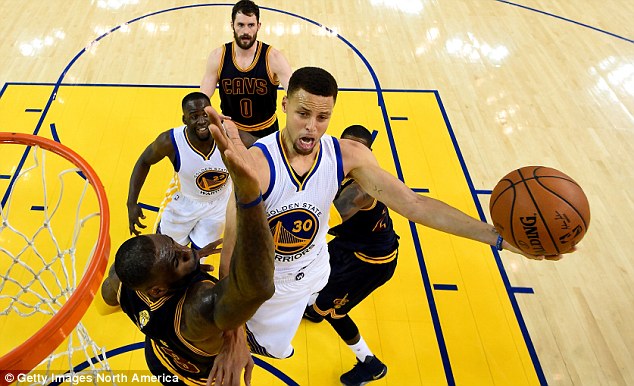 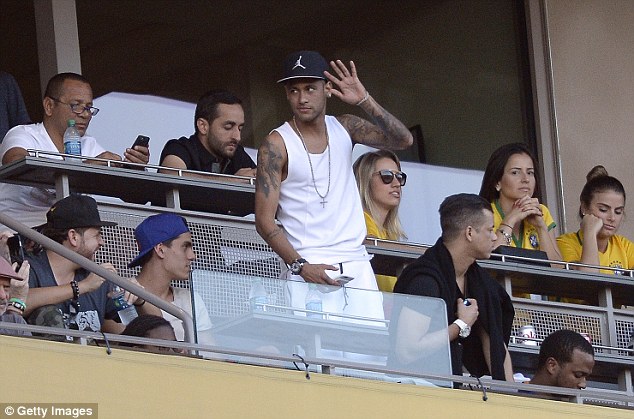