Neymar labels Kylian Mbappe as PSG’s ‘golden boy’ as Brazilian superstar lavishes praise on his team-mate, claiming he has the ‘intelligence and humility to keep evolving’ in Paris despite links with Real Madrid and Liverpool

Neymar has suggested that he is happy to step aside and let Kylian Mbappe take centre stage in Paris after labelling him as PSG’s ‘golden boy’.

The Brazilian has credited Mbappe with helping him ‘find happiness’ in the French capital since making his record £198million move from Barcelona in 2017.

Neymar left the Nou Camp in an attempt to escape Lionel Messi’s shadow and push to win his first Ballon d’Or trophy – but has now revealed that he would be more than willing to play second fiddle to Mbappe.

The superstar duo both have one year remaining on their contracts at the Parc des Princes and are locked in contract talks – with Neymar looking likely to renew while Mbappe continues to resist committing his future to the club.

However, despite Mbappe being linked with moves to Real Madrid and Liverpool this summer, Neymar hopes the 22-year-old will stay and lead the way in Paris.

‘He taught me a lot about the way “to be French”,’ Neymar told France Football. ‘He explained to me the French mentality. 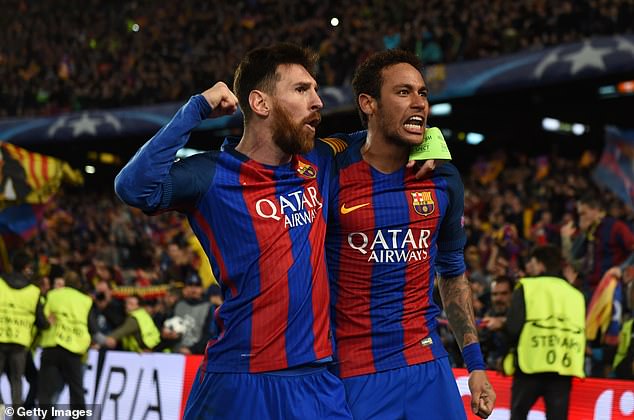 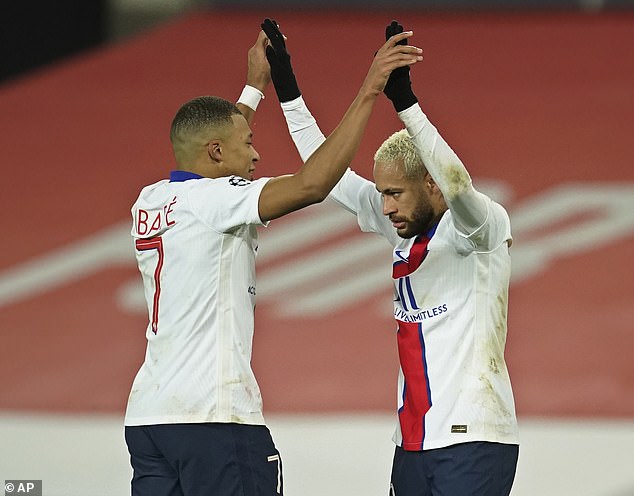 However, Neymar has suggested he is happy to step aside and let Mbappe take centre stage

‘I owe a large part of my adaptation to him, and, therefore, my happiness to be here.

‘First of all, I was very touched by the man he is. Kylian is very considerate, always happy, polite and kind to everyone. He is a very beautiful person. That’s why we’ve got along so well since our first contact.

‘Then, of course, I had the opportunity to watch him train, to observe his speed, his dribbling repertoire, his intelligence and to see his humility to keep evolving. There, I said to myself: “he is our golden boy!”

‘Speed alone doesn’t mean anything. You have to be smart to use it properly, and Kylian is. He is not only very smart and fast, but he also has a huge repertoire of dribbling.’ 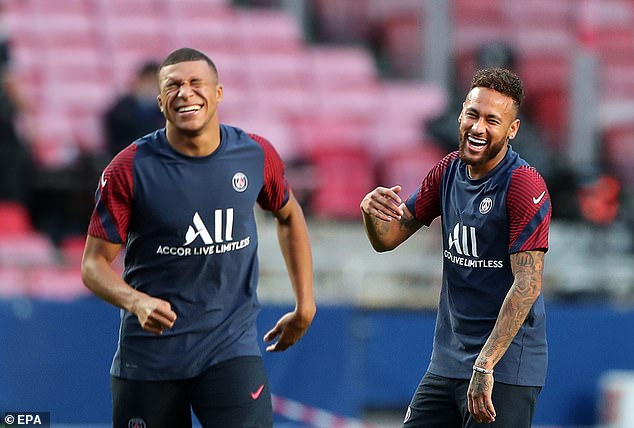 It was reported earlier this month that Mbappe’s chances of staying at PSG were only 50/50 despite the club offering him a five-year deal to stay.

Mbappe, who has been tipped to dominate world football for years to come alongside Erling Haaland, has not ruled out leaving PSG in the future.

Reports in France recently suggested PSG have become impatient with the forward and his refusal to commit his future to the club.

They will be wary of losing the World Cup winner on a free transfer if they are unable to agree a new deal and could decide to cash-in before the start of next season.

The forward also admitted earlier this month that he could look to leave France due to the negative media coverage he receives over his performances for the national side, calling the criticism ‘tiring’. 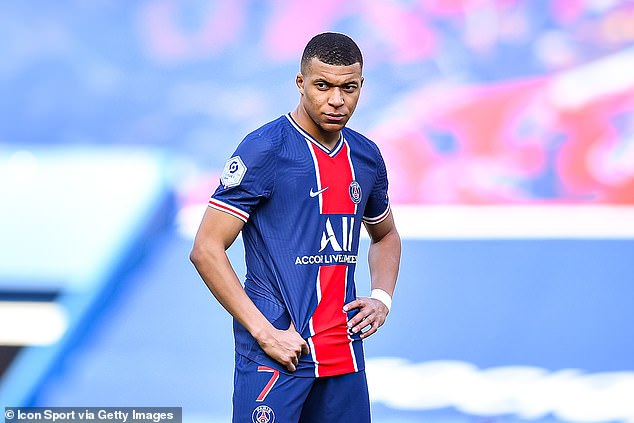 He told RTL: ‘When your play for a club in your country, when you give everything from your national team. At a certain moment, it tires you out, yes.

‘It is different for the players who play abroad, who only come back to France for the national team.

‘Me, I am here all the time, so I am spoken about a lot more. But I was aware of this context when signing for PSG.

‘We will see for the future. Of course that (critics) plays a part too. Aside from that, it is not just that. The most important thing, is to feel good where you are and enjoy yourself every day.’