Neymar limps out of Brazil training after suffering knee injury

Brazil have hit been by a fresh injury blow just two-and-a-half weeks from the opening match of their home Copa America.

Neymar limped out of a training session on Tuesday and appeared to be holding his left knee.

The PSG star was seen on his haunches with discomfort etched across his face before slumping over a barrier with his head in his hands. 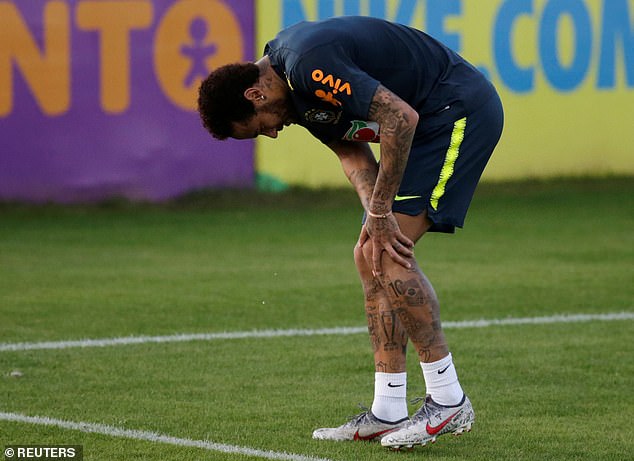 He left while accompanied by doctor Rodrigo Lasmar following the session at Granja Comary.

This injury scare comes after he was stripped of the captaincy of his national side earlier in the day.

He has been replaced by team-mate Dani Alves after coach Tite came under increasing pressure Neymar due to his disciplinary issues.

He had only been handed the permanent captaincy after Brazil’s quarter-final exit at last year’s World Cup. 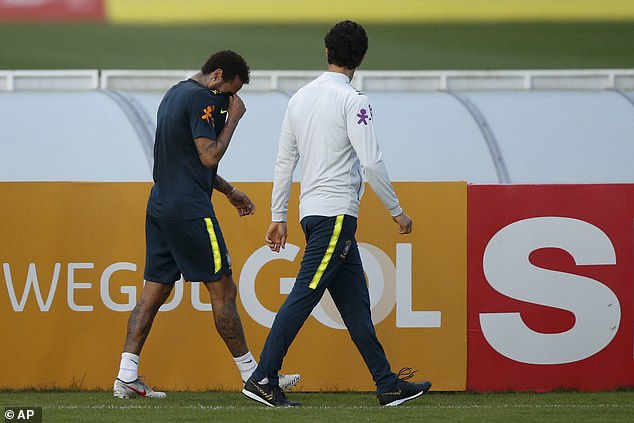 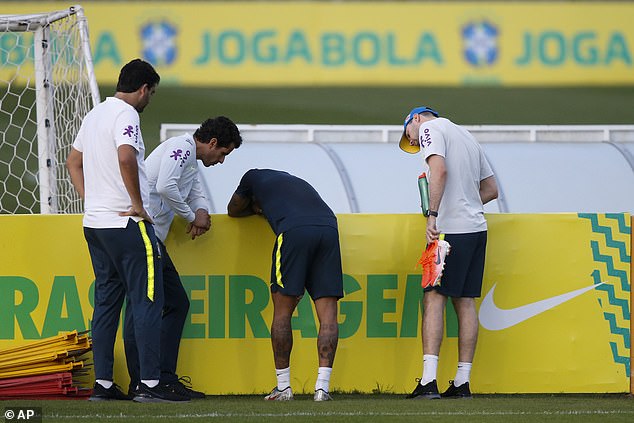 Neymar was banned for three matches by the French football authorities earlier this month for hitting a fan after PSG’s French Cup final loss to Stade Rennes, and was also reportedly involved in a dressing fracas with his PSG team-mates.

A video also emerged of an incident in which the Brazilian star reacted to a comment by a Rennes supporter as he went to collect his runners-up medal.

He is also appealing the separate three-game suspension handed down by UEFA for criticising the match officials during PSG’s defeat by Manchester United in the second leg of the Champions League last-16 tie at the Parc des Princes.