Neymar, Richarlison and Vinicius Junior show off Qatar bedrooms with childhood pictures on the wall

Brazil stars Neymar, Richarlison, Vinicius Junior and Antony show off their Qatar bedrooms that feature childhood pictures of them, as the World Cup favourites transform their training base to inspire them to glory

By Matt Barlow and Michael Rudling For Mailonline

Brazil have transformed Al Arabi Sports Club into a vision of yellow, blue and green to make their stars comfortable as the World Cup’s most successful nation aim for a sixth title.

Tite’s team are based for the next month at the Grand Hamad Stadium in Doha, home to Al Arabi, one of the oldest and most successful clubs in Qatari football with strong Brazilian links.

A number of Brazil’s World Cup stars have posted pictures on social media revealing the bedrooms they will be staying in for the duration of the tournament in Qatar. 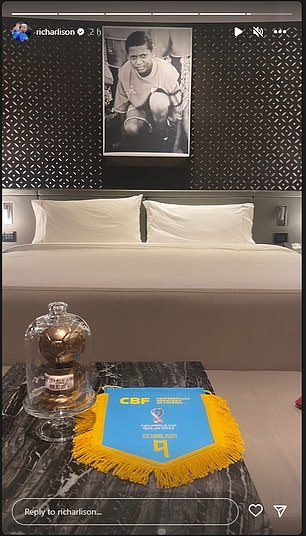 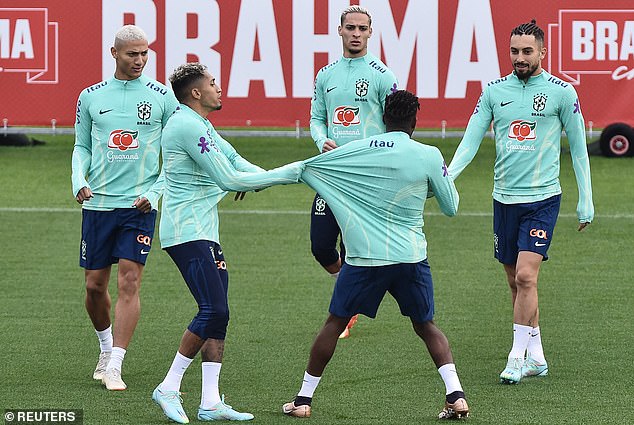 The rooms look fairly basic in the shared images, but have been given a personal touch as each room has a picture of the player staying in it as a child framed on the back wall.

The corridors at the Grand Hamad Stadium are lined with huge images and motivational slogans. 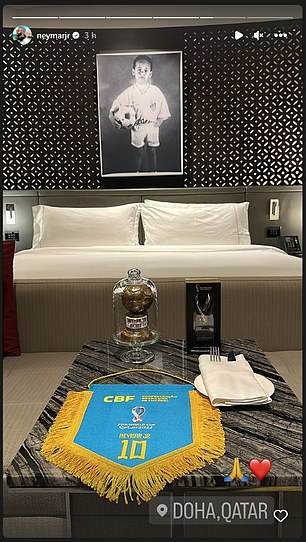 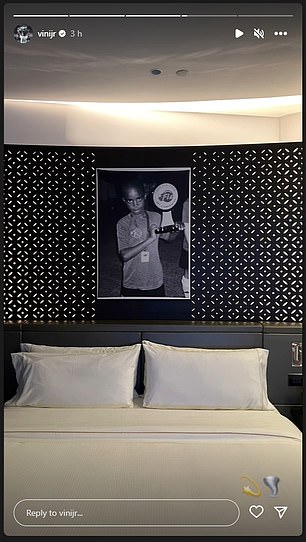 On one wall, past triumphs from the years of 1958, 1962, 1970, 1994 and 2002, with legends such as Pele and Ronaldo, looking down on the stars of today. On the opposite side, details and pictures from an unbeaten campaign to reach Qatar at the top of the South American qualifying group.

At the end of the room, a giant World Cup wall chart and, unashamedly, there is writ large 2022 and a question mark beside a faint image of Brazil’s famous crest. They are here to win it. They hope to be at this training base until the final on December 18. So they have made sure it is exactly to their liking.

In the dressing rooms, the lockers are emblazoned with photos of the players and, on a media open day on Saturday, the Brazilian TV pack jostled to shoot pieces to camera in front of Neymar’s locker.

Even the coaches and the medical team have their pictures and names plastered across their lockers. They are not all as photogenic as Neymar and Thiago Silva. 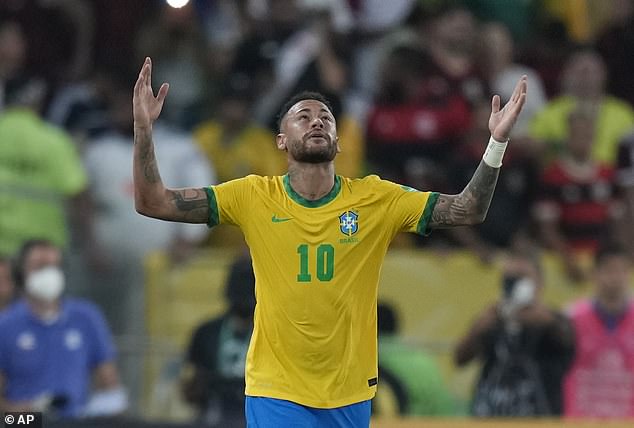 Brazil have been tipped to do well in Qatar, with Cafu backing them to win a  sixth World Cup

There is a games room with a pool table, table tennis, table football, and three video game consoles, surrounded by the glittering trophy cabinets of Al Arabi SC.

Also, a family area, complete with ball pits, slides and a swing for the young children of the players and staff, who will be invited to the training ground for an hour or two of family time on selected days but kept away from the team hotel.

This is a break from the norm for Brazil. In the past, families have been able to visit the team hotel. This time, it is off limits and family time will be restricted to the training ground.

Thiago Silva’s side get their World Cup underway on Thursday when they face Serbia at the Lusail Stadium.