By Daniel Sandford For Mailonline

Another day, another ridiculous Neymar selfie, but surprise surprise, the Brazilian was not the one taking it.

Instead, the Barcelona superstar was able to pose in typical exaggerated fashion next to another big name, singer Justin Bieber, who is making a habit of mixing with elite sportsmen, having mingled with Lewis Hamilton at the Monaco Grand Prix, before indulging in a spot of pool with the Formula One champion.

It is not the first time both have been seen hanging out together, in what looks to be the start of a budding friendship, as the 22-year-old Sorry star was seen earlier in the week playing football with Neymar in his back garden.

Justin Bieber took this selfie of him, Neymar and Lewis Hamilton (left) as they watched the Brazil match 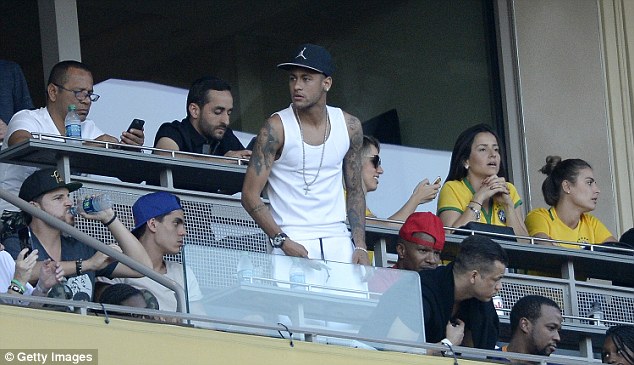 The pair were joined by Hamilton, as they took their seats at the Rose Bowl stadium in California to watch Brazil labour to an uneventful 0-0 draw with Ecuador in the Copa America Centenario.

Saving himself for the Olympic games in Rio, Neymar has been afforded a break after a gruelling season with his club, in which he won both La Liga and the Copa del Rey, with the Catalan giants fearing he would suffer ahead of next season, should he participate in both tournaments.

Without their star man, the five-time World Cup winners – who left the ground to a chorus of boos at full-time, were devoid of skill and drive, sorely lacking the famous Samba flair of the great Selecao teams from the past. 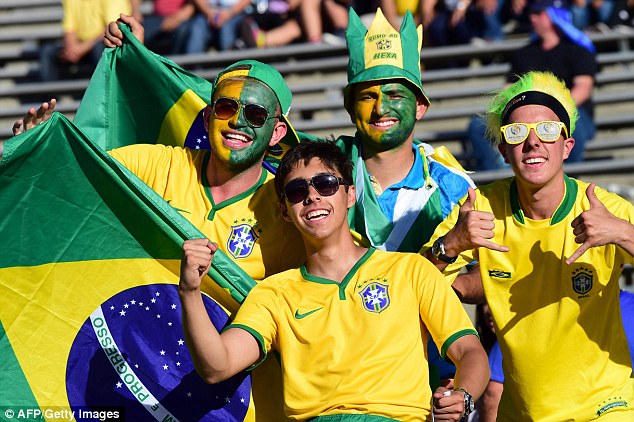 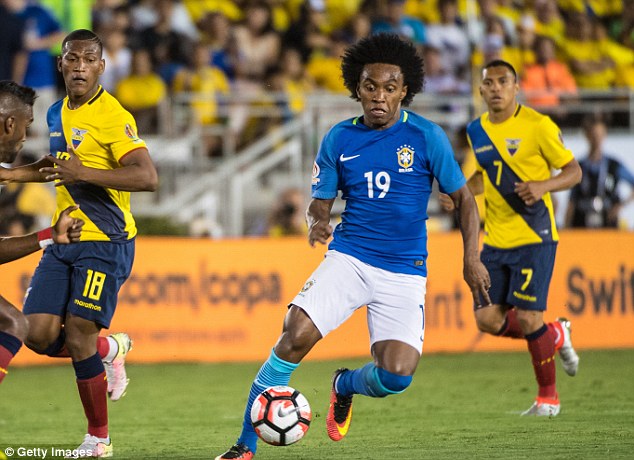 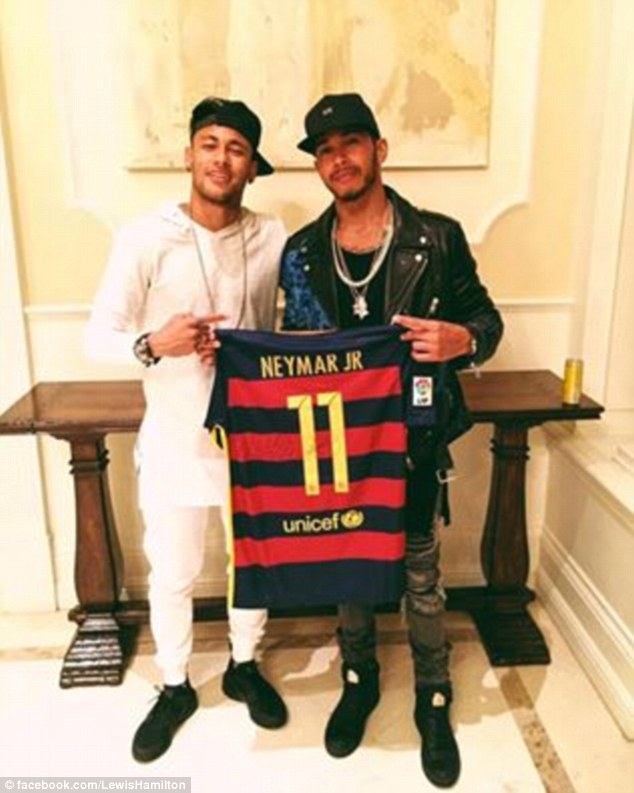