Neymar would not get in Jurgen Klopp’s Liverpool team…

When PSG’s Brazilian forward Neymar awoke on Tuesday morning, he may have been minded to check that James Milner was not in the room.

Here at Anfield, the much-feted South American was introduced to Liverpool’s front-foot football under Jurgen Klopp and once again Milner was the at the helm.

Milner, 32 now, was not man- marking Neymar in this game. He was not technically even playing on the same side of the field.

But that doesn’t really matter in a Klopp team and if Neymar felt that the Liverpool No 7 was there every time he lifted his head, he could be forgiven the illusion.

PSG were beaten at the death and Neymar was not influential in the game.

Neymar’s first collision with Milner duly arrived in the eighth minute. The Brazilian had eased past his opponent as he scurried across the field five minutes earlier and perhaps Milner had remembered.

For when Neymar dithered over possession in front of the dugouts, Milner arrived to leave him in a heap at the feet of his coach Thomas Tuchel with a perfectly timed and fair challenge.

Milner was soon away from the scene, chasing play in to the PSG half. Neymar, though, seemed reluctant, rather than unable, to get to his feet. Indeed, as Liverpool took a corner a full two minutes later, Neymar was still walking about rather gingerly around the halfway line. 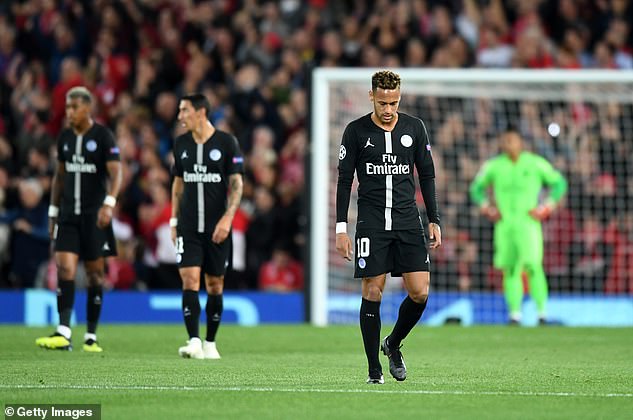 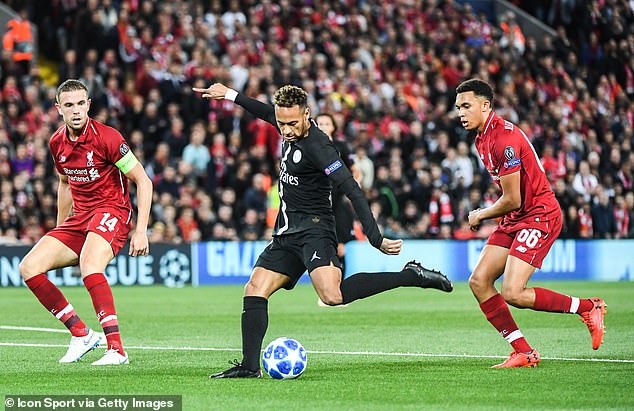 It was also interesting that Tuchel seemed to sympathise with his player. There had been no foul and there was no injury but still Tuchel appeared to ask the fourth official for a little more protection and if this smacks of indulgence, we should not be surprised.

One of the suggestions which follows Neymar around is that he goes to ground too easily and stays there far too long.

It was a matter for discussion at the World Cup and has continued into the domestic season.

But for every person who criticises Neymar, there is another looking to excuse him and maybe this is part of the problem.

Liverpool manager Jurgen Klopp adhered to that theme in the build-up to the match, suggesting Neymar only goes to ground in order to protect himself from the physicality of the tackles that come his way.

It is hard to believe Klopp really thinks this.

It is more likely he was being diplomatic in response to a question he knew was looking to produce an altogether different kind of headline. 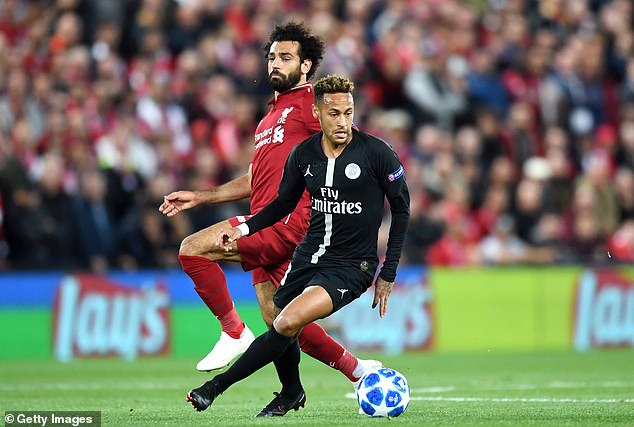 The world’s best players down the years — those of an attacking nature — have always been on the end of flying boots and the occasional sharp elbow.

Here at Anfield, for example, Kenny Dalglish finished his playing career with calves and ankles as familiar to the sound of clattering as your average tambourine.

Similarly, George Best suffered but excelled down the road in Manchester and, in modern terms, there are few braver than Lionel Messi, scorer of yet another hat-trick as Barcelona triumphed yesterday.

Is he as courageous as some of those who have achieved greatness before him?

Maybe not and as his career continues towards his next club — he will not stay at PSG long if they do not compete properly in Europe — it will continue to be a moot point.

Neymar would not get in this Liverpool team, strange as it sounds. That has nothing to do with his ability — almost unparalleled in the modern game — but everything to do with the way he plays.

Neymar likes to exist on the fringes of the play and get involved only sporadically. There is nothing wrong with that but it is simply not Klopp’s way.

The German demands almost perpetual motion from his players and that was what he received — as he so often does in Europe — during a spell just after the half-hour mark.

It saw Liverpool score twice and bring to the eyes of the PSG players that look of swimmers caught by a wave they hadn’t seen coming. 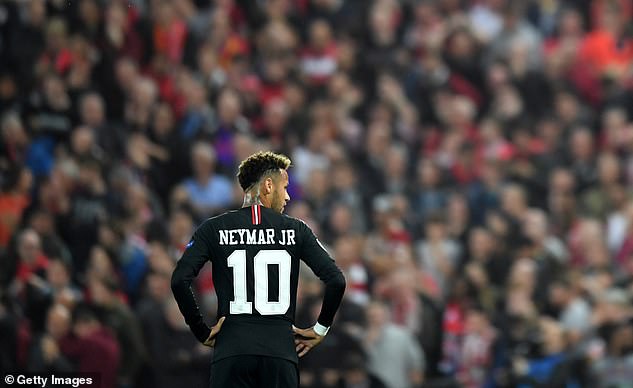 In the Anfield cauldron, the 26-year-old went missing when his side needed inspiration

When this happens to teams at Anfield they simply need to cling on until it passes.

PSG did that and, surprisingly, also scored.

Their goal in the 40th minute brought the French back in to the game and gave Neymar something to work with.

PSG subsequently struggled to get enough of the ball but eventually drew level at 2-2.

Teams waiting for Liverpool’s energy levels to drop will wait a long time and here PSG experienced that to the full with Roberto Firmino’s late winner.

Milner was magnificent all night. How many times have we said that?

Jordan Henderson was superb, too, while Neymar never found the space to exert influence on the game.

PSG are at Rennes in Ligue 1 on Sunday. It will be easier for the Brazilian there.