‘It would be worrying because he is a very important player’: Neymar’s thigh injury leaves Paris Saint-Germain team-mate Maxim Choupo-Moting concerned ahead of Liverpool clash

Maxim Choupo-Moting has admitted his fears over Neymar’s injury ahead of Paris Saint-Germain’s clash against Liverpool.

The former Stoke man was on the other side to his PSG team-mate when Cameroon took on Brazil in Milton Keynes on Tuesday evening and saw him leave the pitch in the eighth minute with a thigh injury.

PSG host Liverpool in a crucial Champions League group stage clash on Wednesday next week and Choupo-Moting admitted the absence of Neymar would come as a blow to the French champions. 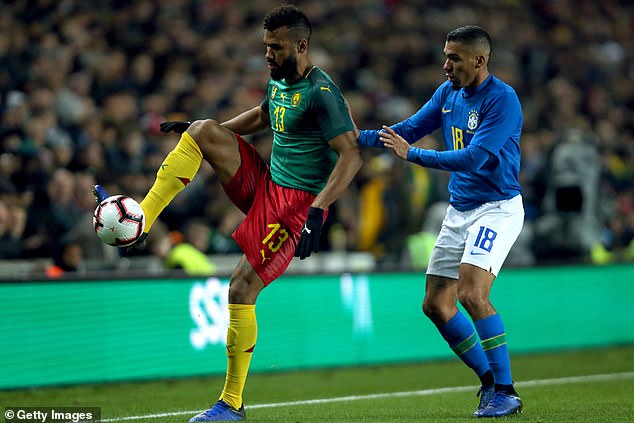 He said: ‘It would be worrying because he is a very important player, as all the players (at PSG) are. No player is more important than the team.

‘He’s a great player though and I hope he is not injured for a long time.’

The 29-year-old experienced a similar injury at the end of his time in England and said he hoped Neymar’s issue would not be as damaging.

‘I talked quickly to him but it was just after the injury,’ he added. ‘I think it’s not too too serious. I hope he will be ready next week for us.

‘He wanted to play. He really had an injury and felt something. I had it at Stoke. It was my last game for Stoke, I was injured for two months. I hope for him it is not that serious.’ 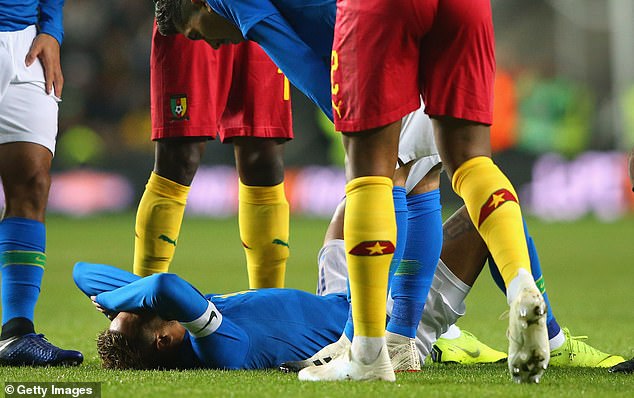