Delilah Cassidy, a law student at Arizona State University, was checking in at the airport when she found herself facing unexpected baggage fees, which she was unable to pay.

But just as she was panicking that she would be forced to miss her flight, NFL player Jermaine Gresham walked up behind her and insisted on taking care of the charge.

Good guy: Delilah Cassidy, a law student at Arizona State University, was touched when NFL star Jermaine Gresham came to the rescue for her at an airport 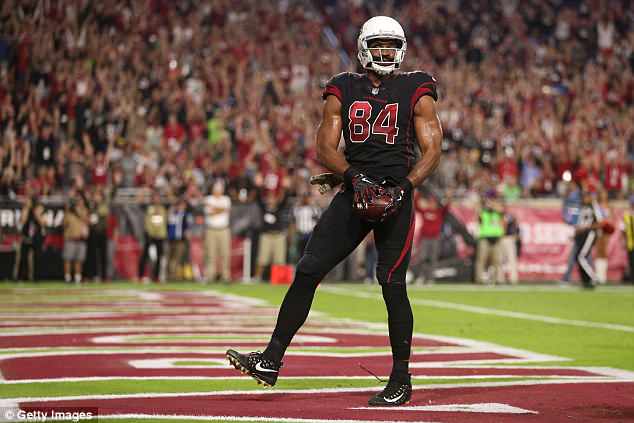 Star: Jermaine, 29, is a tight end for the Arizona Cardinals

Delilah tweeted about the incident on Wednesday, gushing that the ‘most amazing thing just happened’ and quickly turning the eyes of the internet on her.

She said that American Airlines has instituted a new policy that requires passengers to pay for a carry-on suitcase.

In fact, this charge only applies to passengers with a Basic Economy ticket, but Delilah was caught by surprise when she was told that she’d need to fork over money to bring a bag on board.

‘I consolidate my bags into one and they measure it and say it’s just a little too big,’ she tweeted. ‘They proceed to charge me $50, except they only take credit card, no cash. Uh-oh: Delilah was flying out when she learned that her Basic Economy ticket did not entitle her to a carry-on bag 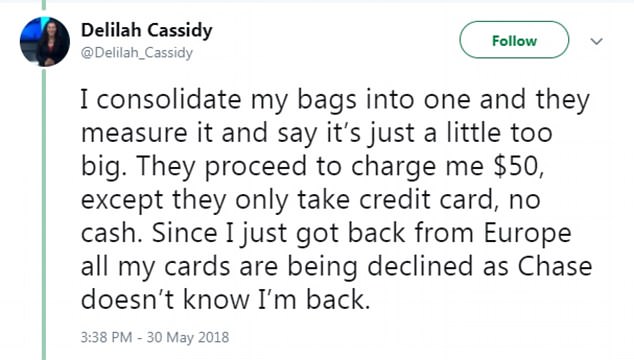 In trouble: She wasn’t able to pay in cash and her credit cards were being declines 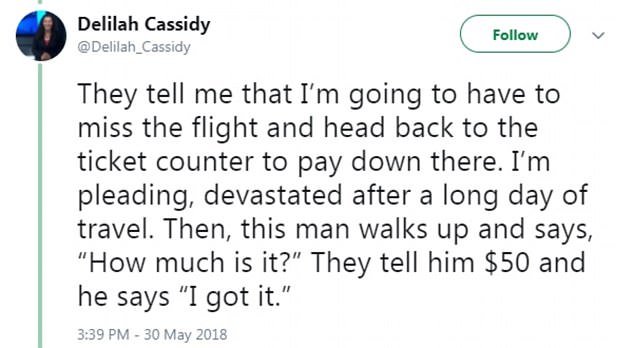 Bad day: Delilah began to panic because she was told she would miss her flight 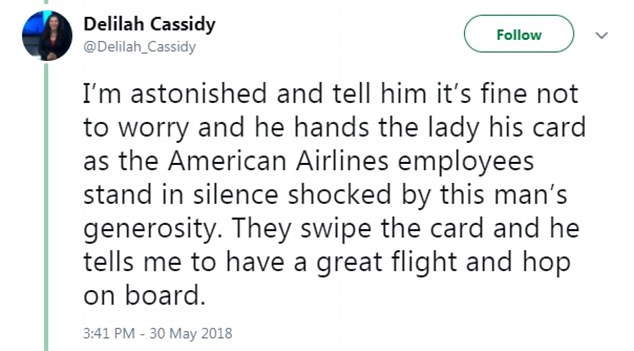 Sweet: Jermaine then walked up and handed over his credit card to pay for the fee

Intentions: She tried to pay him back on the plane but he refused and told her to pay it forward

Happy ending: Delilah was so happy that ‘there are good people in this world’

‘Since I just got back from Europe all my cards are being declined as Chase doesn’t know I’m back,’ she explained.

‘They tell me that I’m going to have to miss the flight and head back to the ticket counter to pay down there. I’m pleading, devastated after a long day of travel.’

That’s when Jermaine, 29, came to the rescue. According to Delilah, he walked up and asked how much the fee was — and when told it was $50, said simply: ‘I got it.’

‘I’m astonished and tell him it’s fine, not to worry and he hands the lady his card as the American Airlines employees stand in silence shocked by this man’s generosity. They swipe the card and he tells me to have a great flight and hop on board.’ 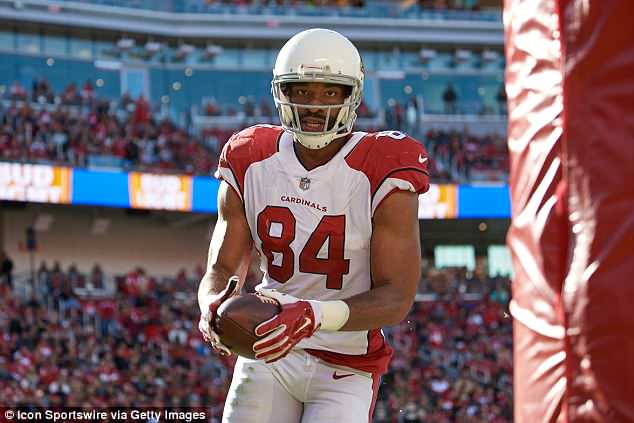 Rich: Jermaine Gresham has a four-year contract with the Arizona Cardinals for $28 million

Gleeful: One of his teammates commented on the story 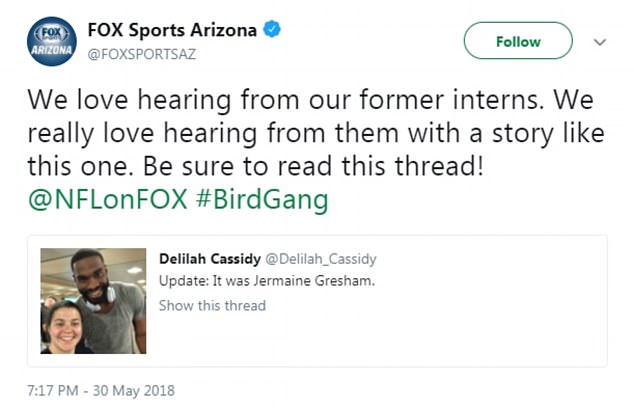 Awesome! Delilah’s tale has since gone viral and charmed fans

Delilah was crying at the kind gesture, calling Jermaine an ‘angel’. Later, as she boarded the plane, she saw him sitting in first class and tried to pay him back in cash — but she said he shook her off and ‘told me to pay it forward.’

‘My heart is so happy. There are good people in this world. Be that person for someone because I know after this I sure will be,’ she added, also posting a picture she posed for with the football player.

That picture has now been liked more than 33,000 times, and fans have chimed in to express pleasure at the sweet story.

Jermaine Gresham has a four-year contract with the Arizona Cardinals for $28 million. His base salary for 2018 is $5.25 million.