National Football League (NFL) and National Collegiate Athletic Association (NCAA) games that hosted fans last year were not linked to an increase in COVID-19 cases in the communities.

Researches from the Georgia Institute of Technology in Atlanta looked at football games that were held in counties with and without in-person attendance.

They found that cities and town that saw fans at games had roughly the same rate of infections as areas that either didn’t host matches or hosted games but with no spectators.

The findings provide further evidence that large outdoor events may be able to be held safely because the circulation of air limits the spread of the virus.

A new study looked at NFL and NCAA football games that did and did not have limited in-person attendance in 2020. Pictured: A limited attendance for an NFL game between the Atlanta Falcons and the Las Vegas Raiders in Atlanta, November 2020

Attending games at stadiums and arenas in 2020 varied state-by-state and came down to a mix of guidelines and the amount of COVID-19 cases in a community.

Some teams did not allow fans at all while others did but with capacity restrictions and mitigation measures such as mask-wearing and social distancing.

However, little is understood on the link between in-person attendance at football games and the spread of COVID-19 in surrounding counties.

For the study, published in JAMA Network open, the team looked at NFL and NCAA games played between late August and late December of last year.

They analyzed game dates, where the games were held and whether or not there was in-person attendance from Pro Football Reference.

Meanwhile, COVID-19 case counts in those counties were extracted from public sources such as the Johns Hopkins University dashboard.

Next, researchers looked at daily changes in new infections per 100,000 people in counties with in-person attendance compared to counties that either did not host games or had no fans in attendance.

Out of 796 NFL and NCAA games played over the study period, about 66 percent had in-person attendance with a median of 9,900 fans per game.

Results showed that there were 26.14 cases per 100,000 residents on game day in the counties with in-person attendance.

Comparatively, there were 24.11 infections per 100,000 people on game day in counties where no games were played or where no fans attended. 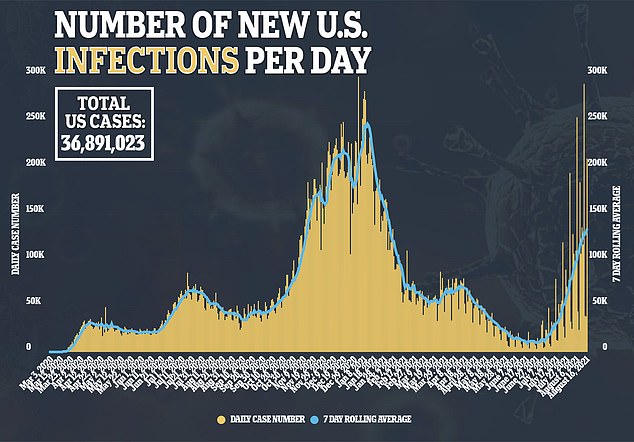 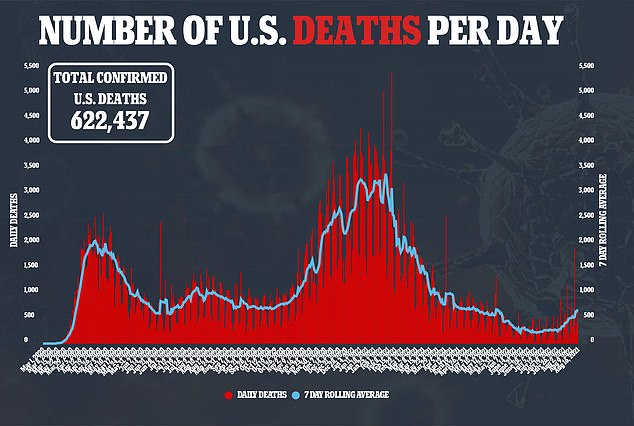 ‘This cross-sectional study did not find a consistent increase in the daily COVID-19 cases per 100 000 residents in counties where NFL and NCAA games were held with limited in-person attendance,’ the authors wrote.

‘These findings suggest that NFL and NCAA football games hosted with limited in-person attendance were not associated with substantial risk for increased local COVID-19 cases.’

Many stadiums are outdoors, or have retractable roofs, which may have an impact on reducing COVID-19 transmission.

Epidemiologists and infectious disease scientists say the number of COVID-19 cases linked to outdoor spread is below one percent, and may even be as low as 0.1 percent.

This is because COVID-19 has trouble spreading outdoors due to the constant, natural, circulation of the air. 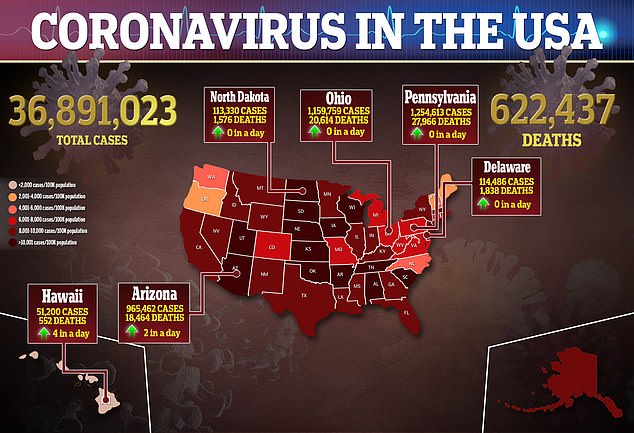