This is the emotional moment one-handed NFL linebacker Shaquem Griffin heard he had been drafted by the Seattle Seahawks to play with his twin brother Shaquill.

The 22-year-old can be seen speaking on the phone to the Seahawks in the family living room on Saturday while thanking them for the good news and tearily embracing his brother.

The footage then cuts to the siblings watching Shaquem’s name being read out on the TV, at which point everyone else in the room bursts into whoops of celebration.

Shaquem, who was picked in the fifth round on Saturday, had his left hand amputated when he was just four, having been born with a condition that prevented the fingers on that hand from fully developing.

He will be the first one-handed NFL player in modern history.

He went to Dallas’ AT&T Stadium to hear his name called and receive a Seahawks cap.

The star, from the University of Central Florida, said before he heard his name was read out: ‘I want to show the entire world, no matter (if you have) one hand, two hands, if you’re a ball player, you just play ball. 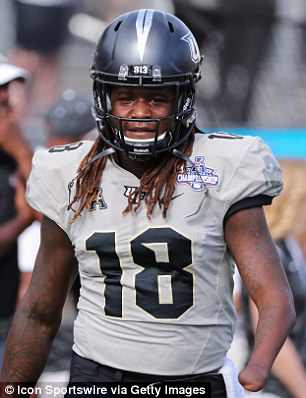 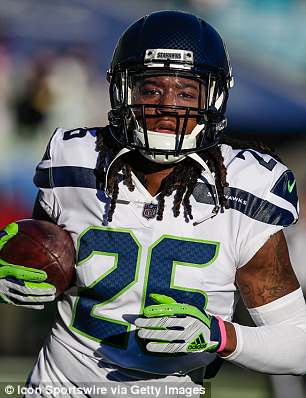 Shaquem excelled at the college level, winning his conference’s defensive player of the year award in 2016 and then starring for an unbeaten team last season.

And he gained worldwide attention at the NFL Combine in March when he ran the ran the quickest 40-yard dash for a linebacker since 2003.

Griffin also bench-pressed 225 pounds 20 times, three more than his twin had managed, having attached a prosthetic hand onto the bar, with current NFL defensive stars JJ Watt and Von Miller among those to react in awe on social media. 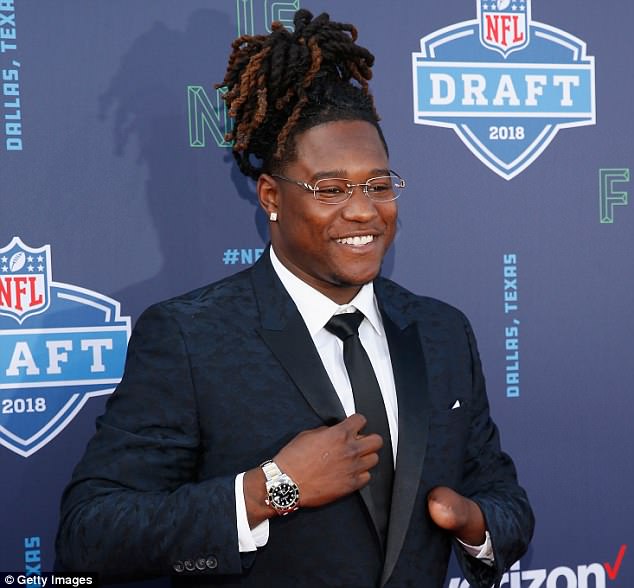 Shaquem excelled at the college level, winning his conference’s defensive player of the year award in 2016 and then starring for an unbeaten team last season

His proud sibling, who was selected by the Seahawks in the third round last year, said he did not cry on his own draft day but when he heard about Shaquem’s success he was unable to hold back the tears.

Jim Abbott, a baseball pitcher who was born without a right hand, sent his best wishes to Griffin on Twitter, writing: ‘Thrilled for you @Shaquemgriffin. Beyond words…’