An NFL player-turned-neurosurgeon has shared the secret behind his incredible success, saying he challenges himself to get 2 percent better every day by breaking down large, seemingly impossible goals into manageable tasks.

Dr. Myron Rolle, 35, was a Rhodes Scholar before he was drafted by the NFL to play for the Tennessee Titans and later the Pittsburgh Steelers. The Harvard neurosurgery resident can also add author to his resume.

In his upcoming book, ‘The 2% Way: How a Philosophy of Small Improvements Took Me to Oxford, the NFL, and Neurosurgery,’ Rolle opened up about his life philosophy and journey of self-improvement.

‘You have small wins every single day, and then a month from now, two months from now, a year from now, you say, look how much better I’ve gotten, and look how much more I’ve improved,’ he told People of his 2 percent way of life.

Dr. Myron Rolle, 35, opened up about his 2 percent philosophy for success, saying he breaks down large goals into manageable tasks to achieve his dreams 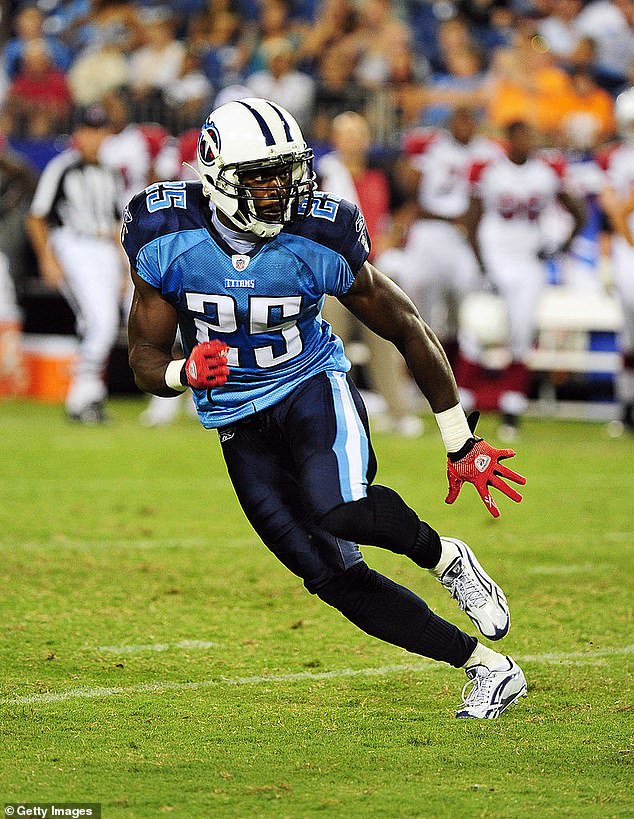 Rolle, the youngest of three boys, was born in Texas and raised in southern New Jersey by his immigrant parents from Nassau, Bahamas.

He admitted he wasn’t always on the straight and narrow, recalling how he got into a physical altercation when he was 11 years old over a racial slur.

‘I had a huge temper, and I beat up a kid because he called me the N-word,’ he said. ‘The pivot point for me was standing in that courtroom in front of that judge and having him admonish me for beating up this kid so badly that he had to get medical treatment for his injury.’

Rolle feared his family was going to be deported back to the Bahamas because of his actions, and he was close to being put in juvenile detention. It was an important lesson for him moving forward. 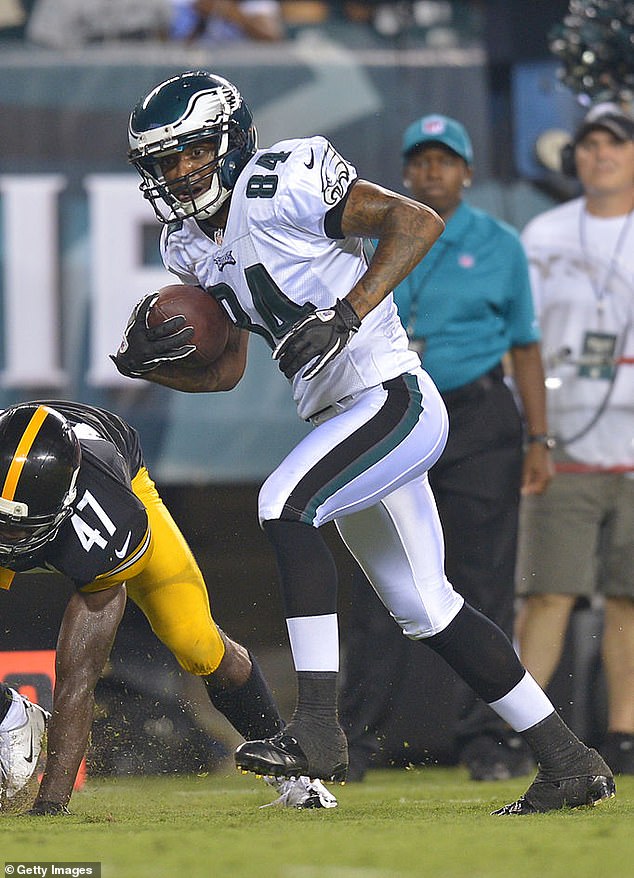 After a brief stint with the Pittsburgh Steelers, he was cut from team and forced to find a new career path 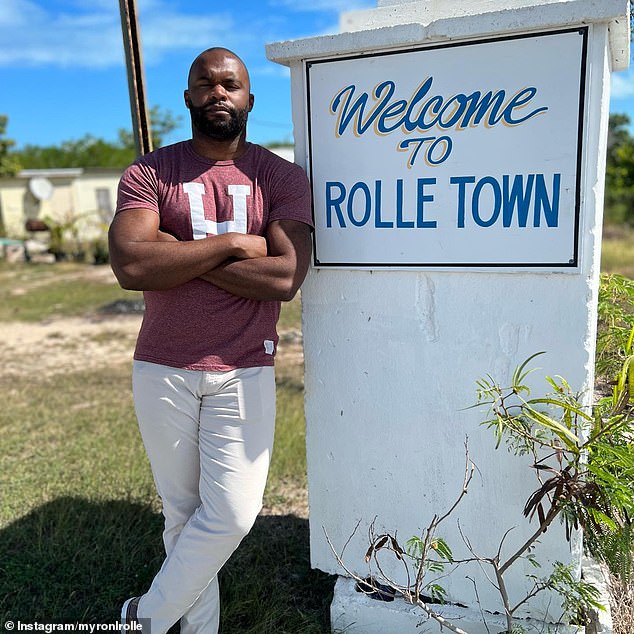 He went on to earn scholarships to two different prep schools in New Jersey and became a top-rated recruit at Florida State University. He studied at Oxford University in England as a Rhodes Scholar his senior year.

Rolle said he learned his 2 percent mindset from his football coach at Florida State, Mickey Andrews, who expected small improvements from all of his players.

‘He wanted us to make these small tangible, practical goals of improvement every single day and would challenge us to get 2 percent better — for example, in our back peddling, our ability to tackle, our ability to catch the ball,’ he explained.

‘And then when we got off the field, he’d actually go into the locker room and write on the board: Myron Rolle. “Did he get 2 percent better?” It helped keep me accountable, and I extrapolated that ideology for life.’ 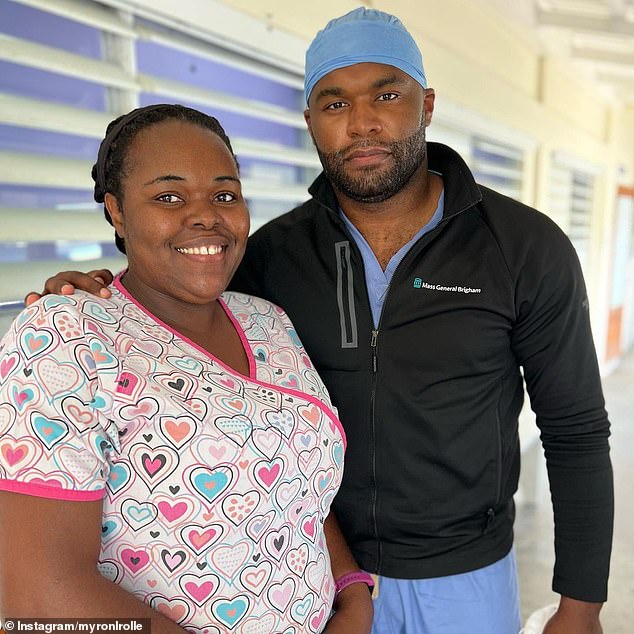 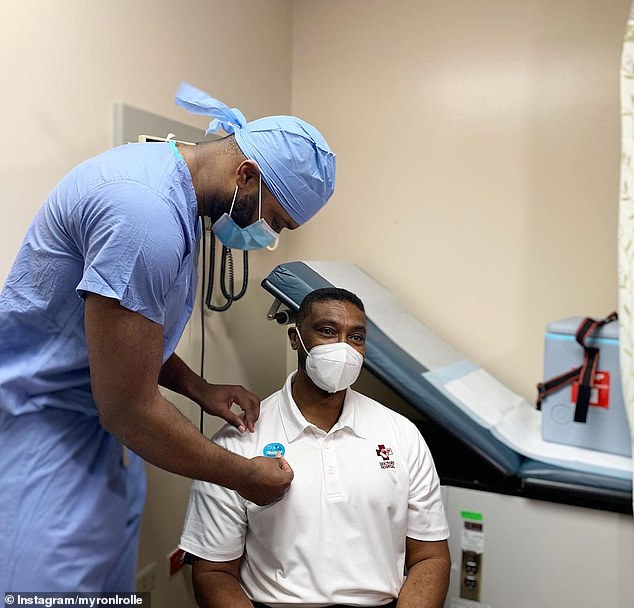 In 2021, he founded the Caribbean Neurosurgery Foundation, which aims to provide private funding for neurological surgery research and training for the Caribbean

In 2010, Rolle was drafted by the NFL to play for the Tennessee Titans and later the Pittsburgh Steelers. After three years in the NFL, he was cut from the Steelers.

The pro-athlete had envisioned playing football for another eight to ten years and struggled with the disappointment of his career suddenly coming to an end.

Rolle was able to transition from football to medical school by following his 2 percent way of life, which has helped him overcome adversity and reach his true potential.

‘I took the MCAs, talked to neurosurgeons, visited my pastor, prayed,’ he said of the small steps he took that led to him being accepted to medical school. 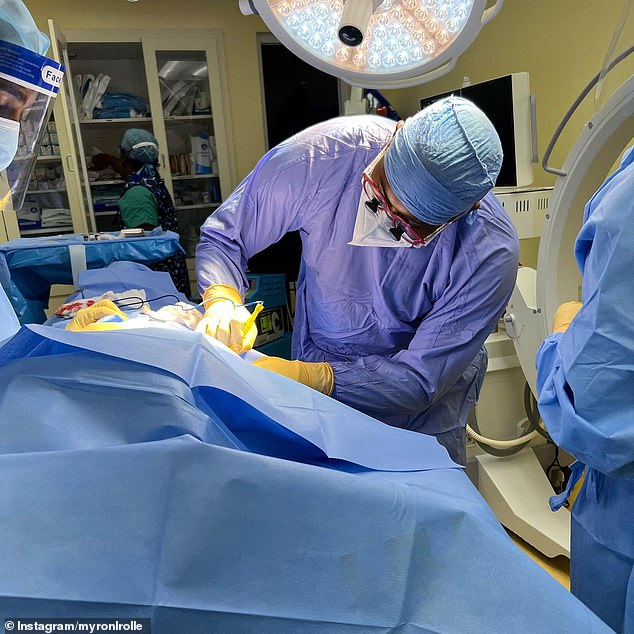 ‘You have small wins every single day,’ he told People of his 2 percent philosophy 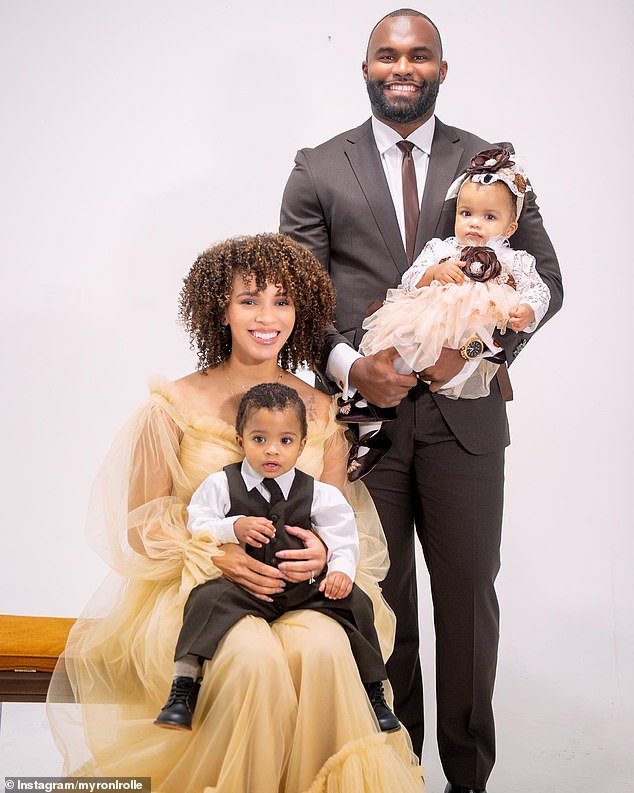 Rolle and his wife, Latoya, a pediatric dentist welcomed their second set of twins last week. They are pictured with their first set of twins, Zora and Zayed

Rolle is now a fifth-year neurosurgery resident at Massachusetts General and Harvard Medical School. In 2021, he founded the Caribbean Neurosurgery Foundation, which aims to provide private funding for neurological surgery research and training for the Caribbean. 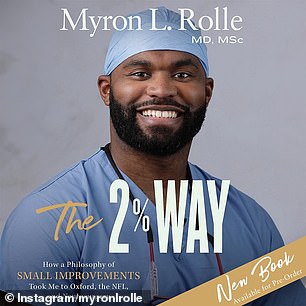 Rolle detailed his self-improvement journey in his new book, which comes out on May 17

He wrote his new book, which comes out on May 17, with the encouragement of his wife, Latoya, a pediatric dentist.

The couple, who married in 2017, welcomed their second set of twins last week. They are proud parents to four children: Zora, Zayed, Zanzi, and Zafar.

‘I think we wanted to make this book one where you can find yourself in my story, in my journey, and then take from it the 2 percent way process of improving yourself, edifying yourself daily, and mitigating some of those challenges we all face,’ Rolle told the Tallahassee Democrat.

‘The self-doubt, the insecurity, the family issues, the spiritual dilemma, the workplace challenges. That’s why I think the value of the 2 percent way is so important. [The readers] really get a deep dive into some of my mental inner workings during a time when the hardest moments hit.’