NFL player who died last week to be tested for CTE

The brain of former NFL football player Drew Wahlroos, who killed himself earlier this month, has been donated to Boston University.

Wahlroos died at the age of 37 from a self-inflicted gun wound to the chest on September 2.

According to the San Diego County Medical Examiner’s Office, experts suspect he may have suffered from chronic traumatic encephalopathy (CTE), a football-linked brain injury which can cause depression, dementia and suicidal thoughts.

On Tuesday it emerged that his brain will go to the research team at Boston, who have conducted extensive studies on traumatic brain injuries in football players.

Possible CTE: Drew Wahlroos, 37, died of a self-inflicted gunshot to the chest on September 2 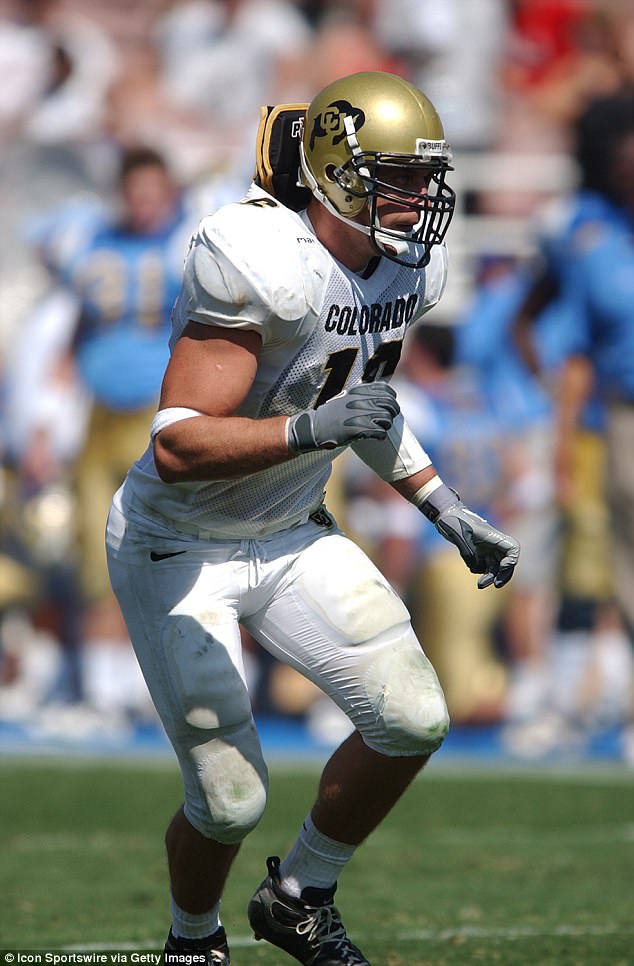 Wahlroos grew up in Poway, California, and played linebacker for Colorado from 1999 to 2002. He had a 21-game stint with the St Louis Rams. His brain will be donated to Boston University

Last month, Boston’s team, led by Dr Robert Stern, sent shockwaves throughout the industry by publishing a study which found that 99 percent of players who donated their brains for research had traces of CTE.

The disease has been linked to suicidal behavior.

Wahlroos grew up in Poway, California, and played linebacker for Colorado from 1999 to 2002. He had a 21-game stint with the St Louis Rams.

He is hardly the first professional player to have taken his own life due to suspected CTE.

Boston University is also examining the brains of Aaron Hernandez, the jailed Patriots star who committed suicide in his cell earlier this year, and Junior Seau, the Patriots linebacker who killed himself with a self-inflicted gunshot to the chest in 2012.

Retired NFL stars Leonard Marshall and Matt Hasselbeck announced in May they would be donating their brains to CTE research.

Marshall, a two-time Super Bowl winner and defensive lineman for the New York Giants, said the sport has left him struggling with short-term memory loss and erratic behavior at age 55.

The news of Wahlroos’ brain joining the study comes amid a surge in controversy surrounding brain injury and contact sports.

Yesterday, the editors of a major medical journal urged doctors to cut all ties with the sport – from sponsoring NFL teams to treating college players – since it ‘is not consonant with the best values of our profession’.

And today, the Canadian Football League announced an immediate end to full-contact practices.

Last month, the NFL cut ties with the National Institutes of Health study into concussion after years of feuding over critical researchers.

Despite vowing in 2012 to invest $30 million in brain injury research, the football league has only paid $18 million, and its contract will expire at the end of August.

The move came two years after a huge row between the two organizations over Boston University neuroscientist Robert Stern, who is a vocal critic of the NFL and received a chunk of the NIH grant to examine former players.

Just days before the NFL and NIH announced the end of their partnership, Dr Stern’s research team published the explosive report, revealing 110 out of 111 deceased NFL players had signs of CTE in post-mortem examinations.

Dr Stern’s Boston University team is leading the groundbreaking and ambitious research project to identify whether there is a direct link between concussions on the field and neurodegenerative diseases in players – including the late Aaron Hernandez.

They are focusing on chronic traumatic encephalopathy (CTE), a little-understood condition a progressive neurodegeneration associated with repetitive head trauma. It has been linked to ALS (also called ‘locked-in syndrome’) and Alzheimer’s.

Now, the team has released their first major findings from post-mortem examinations on 202 deceased players’ brains, which were donated to research.

They also interviewed next-of-kin to learn about each player’s clinical symptoms, to compare with their findings. 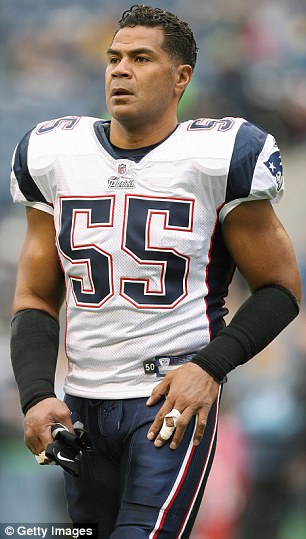 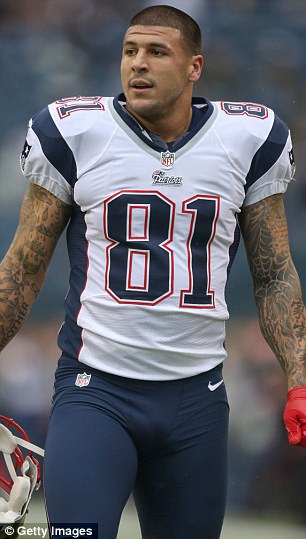 Boston University is also examining the brains of Aaron Hernandez (right), the jailed Patriots star who committed suicide in his cell earlier this year, and Junior Seau (left), the Patriots linebacker who killed himself with a self-inflicted gunshot to the chest in 2012

The players, who lived to an average of 66 years old, had all played for a median of 15 years – from high school to professional leagues.

It was by far the most prevalent among NFL players: they found 110 of the 111 NFL players in the study (99 percent) had the hallmarks of CTE.

College players had the second-highest rate, with 48 out of 53 college players’ brains (91 percent) diagnosed with CTE.

They also diagnosed CTE in seven out of eight Canadian Football League players (88 percent), nine out of 14 semi-professional players (64 percent), and three out of 14 high school players (21 percent).

All three of the high school players had mild CTE.

The majority of all the other players had severe pathology.

In those with severe CTE pathology, 89 percent had behavioral or mood symptoms or both, 95 percent had cognitive symptoms, and 85 percent had signs of dementia.

‘In a convenience sample of deceased football players who donated their brains for research, a high proportion had neuropathological evidence of CTE, suggesting that CTE may be related to prior participation in football,’ the article concludes.