Papa John’s is ending its recently stormy NFL sponsorship after a season in which founder John Schnatter criticized the league’s response to players’ peaceful protests during the national anthem.

Officials at the pizza chain said Tuesday that the two sides agreed to end the relationship, which became strained after Schnatter’s criticism. The company later apologized for the remarks and Schnatter stepped down as CEO at the end of last year.

But the company based in Louisville, Kentucky, is not divorcing itself from the league altogether. It says instead it will focus its football marketing efforts on 22 of the league’s 32 teams and its star players.

John H. Schnatter, Founder, Chairman & CEO of Papa John’s International, Inc. rings the NASDAQ Opening Bell at NASDAQ MarketSite on January 31, 2014. He stepped down as CEO in December after criticizing the NFL’s response to player protests during the national anthem

‘The NFL and Papa John’s have made a mutual decision to shift from their official league sponsorship to a focus on partnerships with 22 local NFL teams, presence in broadcast and digital media, and key personalities in the sport,’ the league and company said in a joint statement.

Schnatter blamed slowing sales growth at Papa John’s on the outcry surrounding football players kneeling in protest over inequality and police brutality against minorities. ‘We are disappointed the NFL and its leadership did not resolve this,’ Schnatter said during the season.

Papa John’s stock dropped 12 percent after Schnatter spoke out against the league, according to ESPN.

In total, Papa John’s sales were down 3.9 percent between October and December compared with the same time period in 2016. The company pointed to failed promotions and a negative consumer perception. 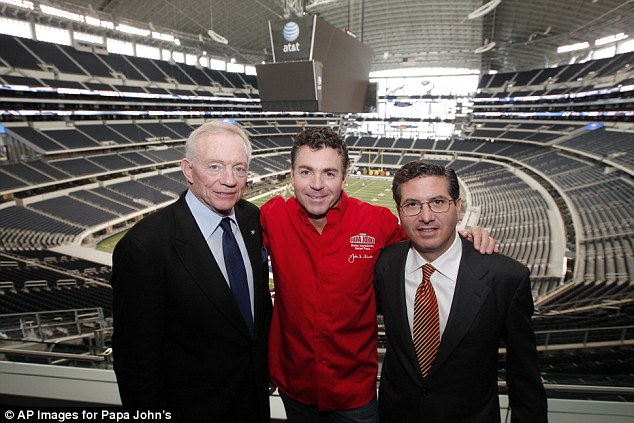 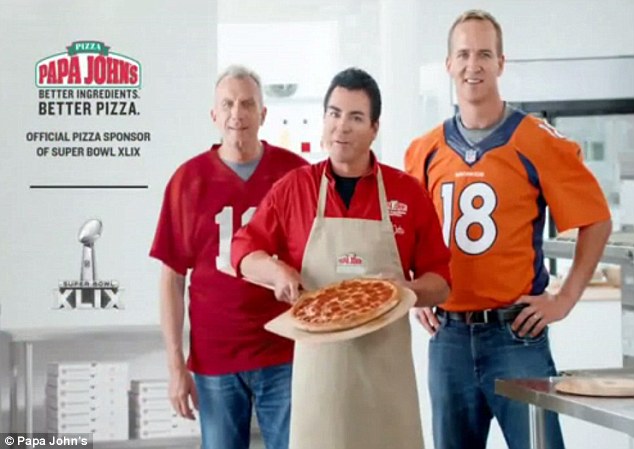 On Tuesday, shares of Papa John’s were down 7 percent.

President Donald Trump has continued to point to the protests as an explanation for the league’s diminished ratings.

Trump also criticized NFL commissioner Roger Goodell, who stated that its the league’s position that ‘everyone’ should stand for the anthem, but did not implemented any new rule requiring players to do so.

In November it was reported that the NFL would consider leaving players in the locker room until after the anthem, which was the league’s routine prior to 2009.

‘The NFL is now thinking about a new idea – keeping teams in the Locker Room during the National Anthem next season,’ he tweeted on November 22. ‘That’s almost as bad as kneeling! When will the highly paid Commissioner finally get tough and smart? This issue is killing your league!…..’

Prior to that in October, Vice President and former Indiana Governor Mike Pence left a Colts game after several members of the visiting 49ers took a knee and locked arms during the anthem. 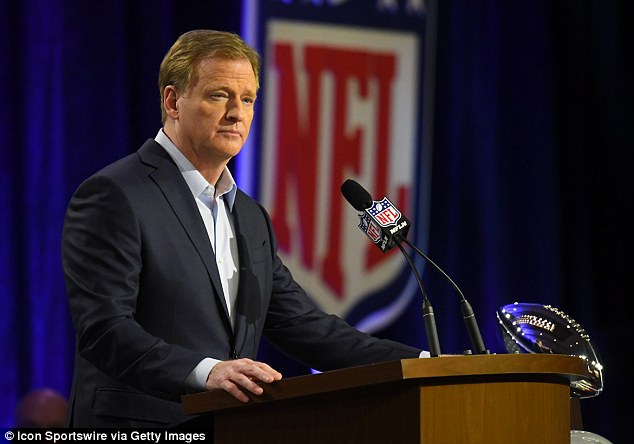 NFL Commissioner Roger Goodell stated that its the league’s position that ‘everyone’ should stand for the anthem, but did not implemented any new rule requiring players to do so