The NFLPA has announced its first-ever Chief Health Equity Officer in the form of ex-Army officer Sidney Hinds.

Hinds will also serve as the deputy medical director as a means of attempting to protect the health and safety of players across the league.

The appointment of the former Colonel, who recently retired from the US army, arrives weeks after the Tua Tagovailoa concussion debacle and various other high-profile head injuries in recent NFL games.

Hinds is a neurologist who previously served as the brain health research coordinator for the Department of Defense, among other roles.

‘It is an honor to serve as the NFLPA’s first Chief Health Equity Officer in working to ensure that all of our player members have access to the best care and information for their health and safety,’ Hinds said in an NFLPA statement Thursday.

The NFLPA’s new hire is determined to work with doctors and medical professionals within the NFL sphere to ensure advancement occurs in the neuroscience space for the betterment of ‘not only athletes, but also their families.’ 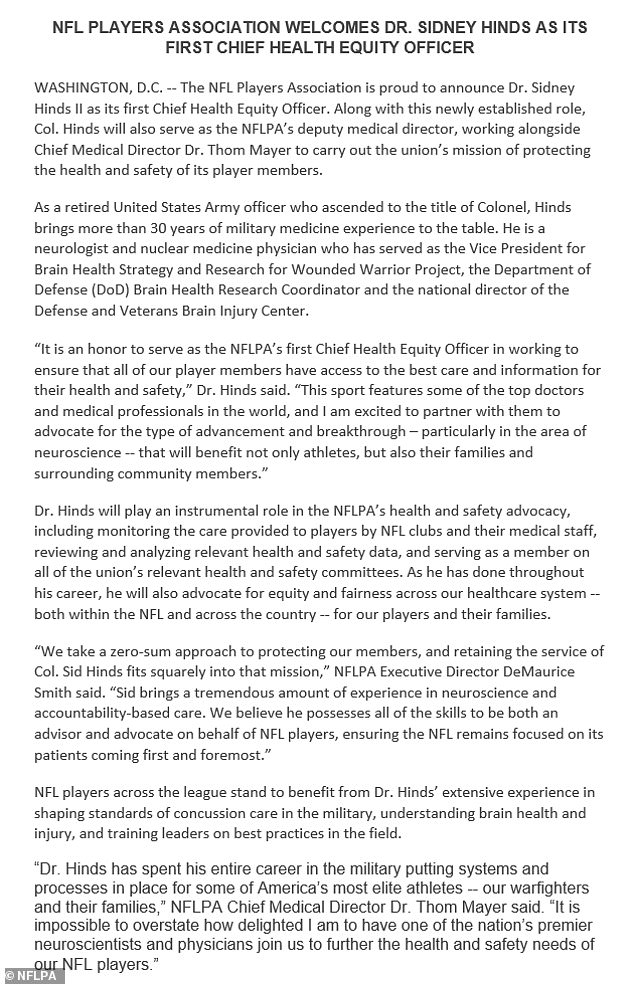 NFLPA Executive Director, DeMaurice Smith, has faced scrutiny from players and members alike in the aftermath of the Tua Tagovailoa concussion saga said the Player’s Association has ‘a zero-sum approach to protecting our members.’

Tagovailoa was stretchered off and later hospitalized after enduring a brutal sack by Bengals defensive tackle Josh Tupou minutes before the half in Week 4. The Dolphins quarterback lay motionless with his fingers going into the Fencing position after his head hit the turf.

The incident vs. Cincinnati came after the Dolphins quarterback surprisingly finished out his side’s win over the Bills the week prior. That was despite receiving a brutal hit in the first half which looked like a blatant concussion. 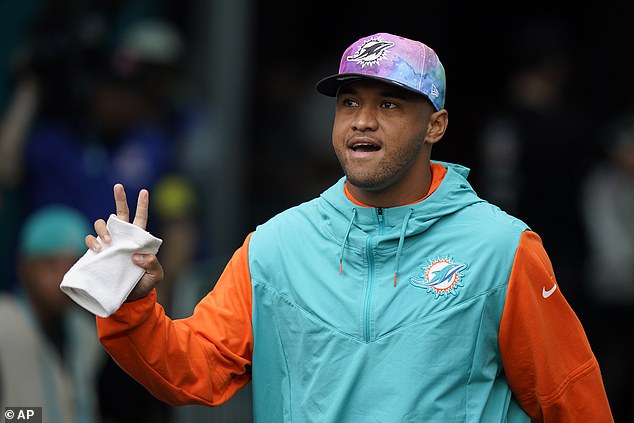 In recent weeks, Tampa Bay tight end Cameron Brate also re-entered the game following what looked like an obvious concussion before being ruled out of the game with the ailment following a handful of plays.

‘Sid brings a tremendous amount of experience in neuroscience and accountability-based care,’ Smith said in the statement.

‘We believe he possesses all of the skills to be both an advisor and advocate on behalf of NFL players, ensuring the NFL remains focused on its patients coming first and foremost.’

Tagovailoa is set to return to the field for the first time since Week 4 on Sunday night. There is no doubt many, including those within the NFLPA, will be watching with baited breath. 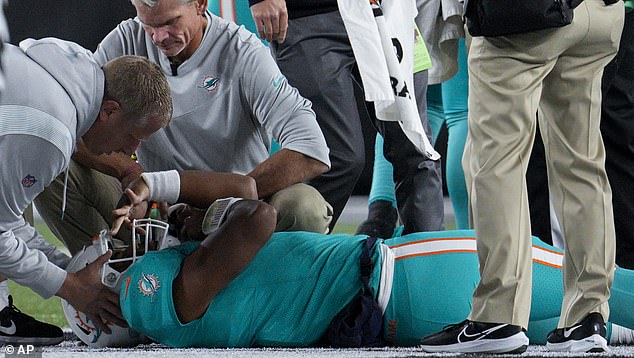