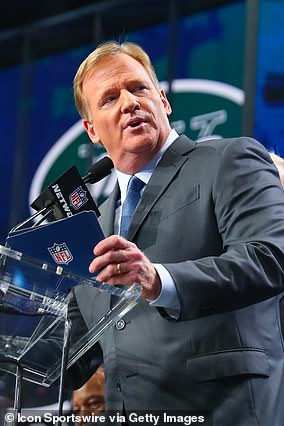 President Donald Trump (left) seized on the issue of player protests during a rally in September of 2017, and has criticized the commissioner Roger Goodell (right) for not implementing any rule compelling players to stand for The Star Spangled Banner

While the timing of the decline certainly supports Trump’s premise that the protests hurt the NFL’s television ratings, USA Today’s review of comScore data from 2016 and 2017 suggests the effect was minimal, if it existed at all.

USA Today mostly ignored data from home market games because those ratings were, on average, 16 percent higher than other games and not representative of the overall trends. The newspaper also focused in on specific markets, noting whether they went for Trump in 2016 or his democratic challenger Hillary Clinton. 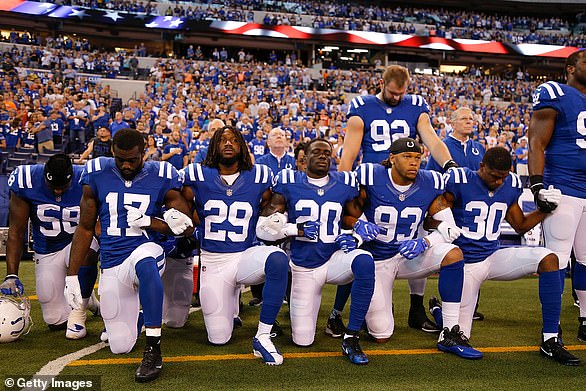 While the research did support a ‘weak’ Trump effect, it more often pointed to football factors, such as the success of the local team.

So while it’s true that the five markets where NFL ratings saw the biggest decline all voted primarily for Trump – seemingly lending credence to the idea that the protests caused the ratings to fall – they also happened to occur in markets with struggling franchises.

For instance, the Arizona Cardinals fell to 8-8 after losing star running back David Johnson to a wrist injury, and NFL ratings dropped in Phoenix 27.9 percent; In Houston, where ratings fell 25 percent, the Texans finished just 4-12 largely due to season-ending injuries to quarterback DeShaun Watson and defensive end J.J. Watt; and as NFL ratings fell in Indianapolis by 21.5 percent, the Colts were finishing 4-12 without quarterback Andrew Luck, who was recovering from a shoulder injury. 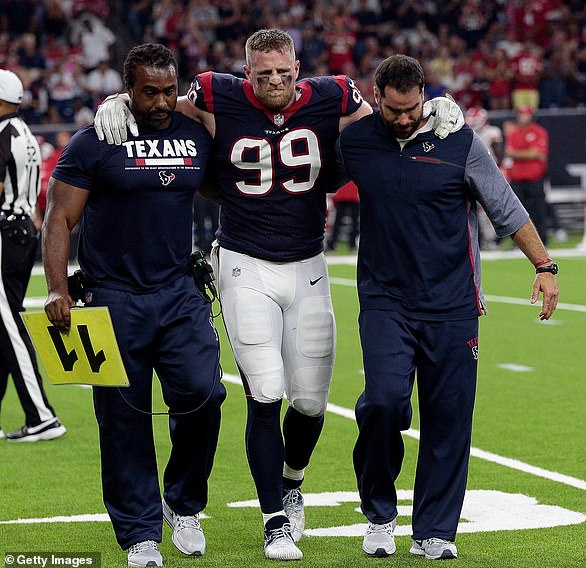 Conversely in New Orleans, an area that was also heavily supportive of Trump, local NFL ratings improved by 12.6 percent while the Saints went on to an impressive 11-5 campaign.

So regardless of a region’s political tilt, ratings improved in areas with successful teams – even when those teams were not on television.

And when the home team was on TV, NFL ratings were even stronger.

In Green Bay, where Trump garnered 60 percent of the vote, the Packers still pulled down a remarkable 43.8 rating locally in 2016 on the four occasions they played on Sunday Night Football. (That’s to say that 43.8 percent televisions in the market were tuned to the Packers game)

Even a less successful Packers team in 2017 still managed to draw a 46.2 rating on Sunday Night Football – the highest of any market over the two seasons analysed by comScore.

According to USA Today, the areas of the country that Trump won by double digits still had the same decrease in ratings as other regions – places that supported Clinton and are less likely to oppose the protests. 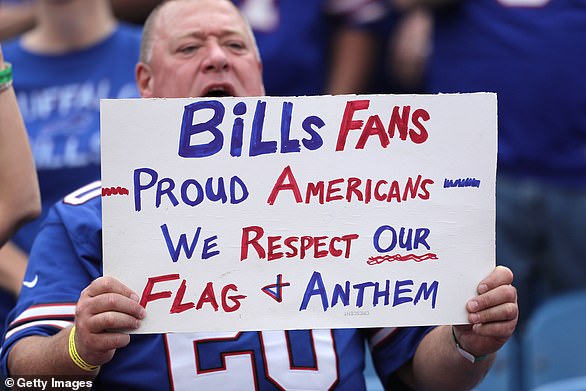 Even in Buffalo, where fans vocally objected to anyone protesting during the national anthem, the NFL Nielsen ratings still jumped 4.4 percent in 2017 thanks to the playoff-bound Bills. In fact, many conservative areas of the country watched more football over the last two years, which suggests that the protests were not a major motivating factor

Another discovery that suggests Trump’s rhetoric on the issue had relatively little impact comes from the fact that the NFL ratings dropped from mid September through late October at similar rate in both 2016 and 2017.

Trump began hammering the NFL in September of 2017, and the following month, Vice President Mike Pence walked out of an Indianapolis Colts game when 49ers players took a knee in protest. During that stretch, the league saw its widest-spread protests, and the issue received much more attention than perhaps at any other time.

If Trump’s attacks on the NFL had an effect, then the league’s ratings would have likely dropped at a disproportionately higher rate than they had during that same period in 2016.

According to Richard Lapchick, Chair of DeVos Sport Business Management Program at the University of Central Florida, those findings are meaningful.

‘It underlines the fact that fans either are coming back or they aren’t going away,’ he told USA Today. ‘Maybe it didn’t have as big of an impact as [Trump] said he did.’ 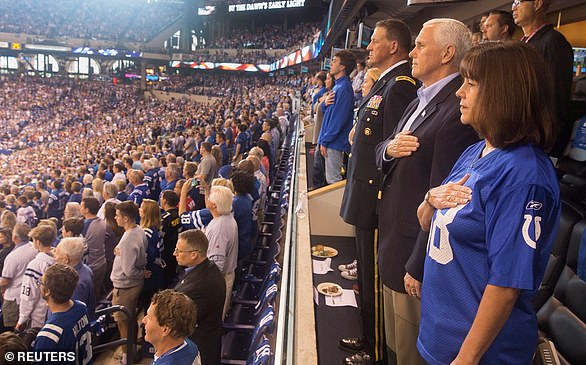 Vice President Mike Pence and Second Lady Karen Pence stand during the national anthem prior to the start of a Indiana Colts-San Francisco 49ers game in Indianapolis in 2017. The Pences walked out as members of the 49ers protested during the anthem

The reality, according to Syracuse University assistant professor Emily Thorson, is that there is not one clear factor that affected the NFL’s ratings. Other issues, such as the NFL’s concussion crisis and the trend of people cancelling their cable subscriptions, likely had an impact, she told USA Today.

Besides, even with the ratings downtick, the NFL still boasted 37 of the top-50 highest-rated television shows in 2017.

And things are looking better for the NFL in 2018. Not only are ratings up about 1 percent overall, but according to Fox Sports executive vice president of league operations and strategy Mike Mulvihillm, fans are watching for longer stretches.

‘One of the hidden stats in the ratings so far this year is that average length of tune-in is up,’ Mulvihillm told Sports Business Daily. ‘The average viewer that shows up is staying tuned for a longer period of time. Maybe that’s driven by the fact that scoring is up, passing is up, penalties are down, replay reviews are down. All of that adds up to a more entertaining product.’

And if ratings are up because of the product, and not because tensions over the anthem have cooled, then it’s true that football, and not politics, determine the NFL’s television ratings. 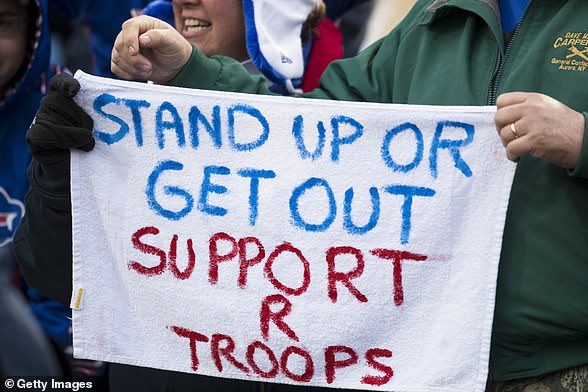 Fans who oppose the protests certainly made their voices heard during games in ’16 and ’17, but a USA Today study suggests the NFL’s audience declined for other reasons