Just be ready for them to change again once the games resume.

Consider the nightly rotations a mere warmup for a postseason that could feature a handful of teams who missed the playoffs last year. Teams like Tampa Bay, Vegas and Winnipeg are making life hard for postseason regulars, though luckily for two-time defending Stanley Cup champ Pittsburgh, there’s plenty of time to climb back into contention. Then again, the Chicago Blackhawks, with three Stanley Cups since 2010, are further back and in danger of missing the playoffs entirely without a late surge.

The teams in front of the NHL’s usual powers plan on staying there once the All-Star Game weekend ends.

Tampa Bay stood atop the league standings until the Golden Knights overtook them briefly with a win Sunday in Carolina – the Lightning grabbed it back Monday night with a 2-0 win in Chicago. The Lightning missed last year’s playoffs but now seem like a Stanley Cup contender, just like the Jets, who keep swapping the Central Division lead back and forth with Nashville.

“We know we still have to keep getting better,” Tampa Bay forward Chris Kunitz said.

Boston is the only Original Six team in the top 10 of the league’s overall standings. The lone sign of continuity so far has been in the Metropolitan Division, which is led by the Washington Capitals, winners of the last two President’s Trophies.

Hall of Fame player Paul Kariya, who spent two seasons in Nashville, predicted Tuesday the NHL will be seeing much more turnover from season to season with teams taking their turns. He sees the Predators, who reached their first Stanley Cup final last year, as being a potential exception to that with a handful of players under contract for the next few seasons.

“The Vegas story is a terrific story in sports having an expansion team doing this well in their first season,” Kariya said. “I think in general there is a lot of parity in the game. With the cap system, it’s very difficult to keep a team together that has success.”

Getting to the top of the standings of the NHL is tough enough. Vegas forward James Neal can recall maybe having been there once or twice while he played for Pittsburgh.

“Man, it’s impressive,” Neal said. “We put the work in. Everybody played for each other right from Day One, so it’s impressive. I’m really proud of the guys. With that being said, we’ve got lots of work to do, and we’re going to get better and continue to grow as a team and keep this thing going.”

Nashville’s P.K. Subban, the All-Star captain for the Central Division team, noted that much has changed since he came into the NHL.

“It’s not so much about having the most superstars on your team, but having the players that play the right way,” Subban said. “You see now every game there’s so much parity in the league, doesn’t matter if a team’s in the 29th spot or first, anyone can beat anyone. That’s the league we play in, and it’s a competitive league.”

One thing the NHL’s top teams have in common is a strong goaltender. Andrei Vasilevskiy just tied the Tampa Bay record Monday night with his seventh shutout this season, matching Nikolai Khabibulin in 2001-2002. Vasilevskiy also leads the league with 28 wins.

The Golden Knights’ amazing season has been keyed by Marc-Andre Fleury, who’s been nearly unbeatable when healthy.

GAME OF THE WEEK

Well, obviously it’s the All-Star Game on Sunday in Tampa. For simple hockey overload, Thursday night features every team in the league playing with a full slate of action, and the Golden Knights get another chance to pad the league’s best home record when they host the Islanders. 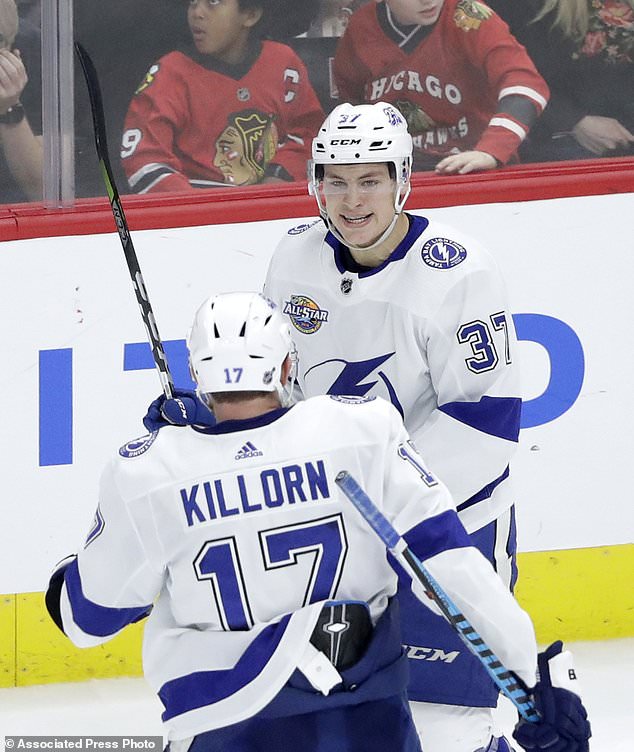 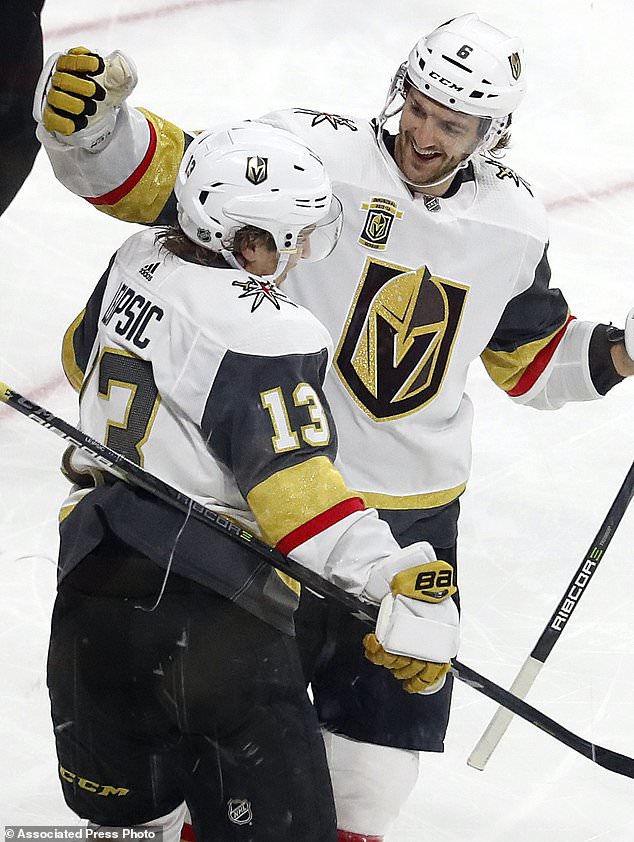 Vegas Golden Knights’ Brendan Leipsic (13) is congratulated on his goal by teammate Colin Miller (6) during the third period of an NHL hockey game against the Carolina Hurricanes, Sunday, Jan. 21, 2018, in Raleigh, N.C. (AP Photo/Karl B DeBlaker) 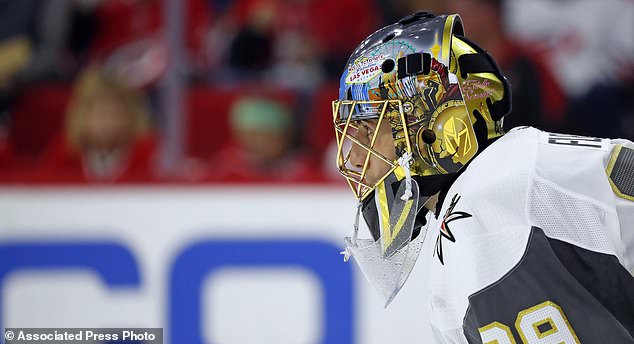