The NHS today banned prescriptions for ‘over-the-counter’ remedies in a desperate attempt to save money and pump it into frontline services.

Cough mixture, eye drops, laxatives, sun creams, paracetamol and anti-dandruff shampoo are among the products that will be curbed.

The move, hoped to save the cash-strapped NHS £100 million each year, follows the ‘worst winter ever’ that led to thousands of cancelled operations.

Emergency medics in swamped A&E units have repeatedly begged for extra funding – which they claim is the only way to avoid another crisis next winter.

NHS officials voted in favour of the money-saving plans in a board meeting today, which they say will be invested into frontline services.

Cough mixture, eye drops, laxatives, sun creams, paracetamol and anti-dandruff shampoo are among the products that will be curbed

Simon Stevens, chief executive of NHS England, said: ‘Across the NHS our aim is to: “Think like a patient, act like a taxpayer”.

‘The NHS is probably the most efficient health service in the world, but we’re determined to keep pushing further.

‘Every pound we save from cutting waste is another pound we can then invest in better A&E care, new cancer treatments and much better mental health services.’

The NHS has been the subject of huge controversy amid revelations that it has been dishing out items that can be bought for far cheaper at supermarkets.

Campaigners have warned this is stretching the health service’s scarce funds even thinner by prescribing certain products, such as paracetamol.

On top of the higher prices, suppliers charge the NHS substantial delivery and administration costs to ship these products to pharmacies.

NHS England said it costs more than £35 to prescribe a pack of 12 anti-sickness tablets – despite them being on sale for £2.18 at pharmacies.

Official figures earlier this month showed health chiefs spent around £80 million on aspirin and paracetamol, which can be bought for pennies at supermarkets.

Each prescription of the 20 million paracetamol prescriptions cost the NHS £3.07. A pack of 16 tablets can be picked up for 20p at shops.

Number crunching by MailOnline showed the cash-strapped health service could have saved roughly £57 million by not giving out paracetamol. 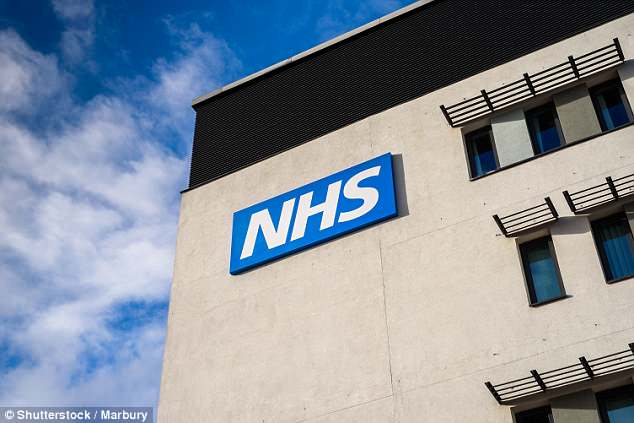 The move, hoped to save the cash-strapped NHS £100 million each year, follows the ‘worst winter ever’ that led to thousands of cancelled operations

The new move follows a vote in November to remove homeopathy, herbal remedies and supplements as part of a review of ‘wasteful’ prescriptions.

The proposals, which have attracted some backlash by pharmacists today, received ‘broad support’ in a public consultation, members heard.

More than 60 per cent of respondents to the consultation agreed a ban on dishing out over-the-counter remedies was fair.

The changes will not affect prescriptions for long-term or complex conditions, or where minor illnesses are a symptom of something more serious.

WHAT ‘OVER-THE-COUNTER’ PRESCRIPTIONS HAVE BEEN CURBED?

The NHS today banned ‘over-the-counter’ remedies in a desperate attempt to save money and pump it into frontline services.

They include treatments for:

Vulnerable patients will also continue to receive prescriptions for over-the-counter items, provided they are proven to be effective.

Some of the products were available for purchase over the counter at a lower cost than that which would be incurred by the NHS.

A further £3 million is spent on athlete’s foot and remedies for other fungal infections – the equivalent of 810 hip operations.

While £2.8 million is spent on diarrhoea treatment – enough money to pay for 2,912 cataract operations.

John O’Connell, chief executive of the TaxPayers’ Alliance, said: ‘It’s great news that NHS England will save a vast amount of taxpayers’ money by curbing prescriptions for basic items that are much cheaper to buy in the supermarket than they are to prescribe.

‘Taxpayers should not be footing the bill for items like anti dandruff shampoo or athlete’s foot powder, so cutting out wasteful spending like this will mean that precious resources can be focused on frontline services.

‘Patients too must remember that these items are not “free” – the money comes out of taxpayers’ pockets, so NHS England should be applauded for this move.’

Sandra Gidley, chair of the Royal Pharmaceutical Society, warned that patients from poor backgrounds may suffer from the new plans.

She said: ‘All pharmacists understand the importance of encouraging people to self-care and buy over the counter treatments when they are able to do so.

‘Restricting access to over the counter medicines would have increased health inequalities.

‘We are pleased that NHS England has recognised our concerns and have made positive changes.

‘However, we remain concerned the implementation might disadvantage patients on low incomes and people may be denied treatment because of their inability to pay.

‘We will continue to work closely with pharmacists to ensure effective implementation and make sure that access to medicines is based on clinical needs.’