NHS bracing for the ‘worst flu season in history’

Hospitals and GP surgeries are bracing themselves for a severe flu outbreak, the head of the NHS has warned.

Simon Stevens said that the virus had already caused huge problems in Australia with some A&E units having ‘standing room only’.

The strain of flu which is thought to be heading our way – the h3n2 strain – has been particularly severe in the elderly and children.

There are also concerns that the vaccine will prove to be ineffective as it will not match this strain.

Australia – whose winter occurs during our summer – has just experienced one of its worst flu outbreaks on record with more than 100,000 cases, two and a half times the normal number.

Hospitals have been overwhelmed and ambulance services in some areas have been told to only attend the most urgent cases.

The flu season in the UK and the rest of the Northern Hemisphere tends to mirror what has happened in Australia and the Southern Hemisphere, and the same strains of the virus will circulate north.

But the vaccines are made in March – based on which flu strains scientists expect to be in circulation – and given to patients from September.

Some health experts in Australia have blamed the severe outbreak on the vaccine not matching. The vaccine used in the UK will be very similar.

Mr Stevens said the outbreak could cause ‘much more pressure’ for hospitals and GP surgeries.

Addressing the Health and Care Innovation Expo conference, he said: ‘The signs from the Southern Hemisphere winter have been that flu has been much higher and it has been the variety that puts the most pressure on the old people’s services like care homes.

‘If that reproduces itself here over this coming winter that is going to mean much more pressure on GP services and hospitals.

‘That simply reinforces the work that the NHS is doing to open extra beds and ensure that a full range of out of hospitals services, such as home care and care homes are ready. 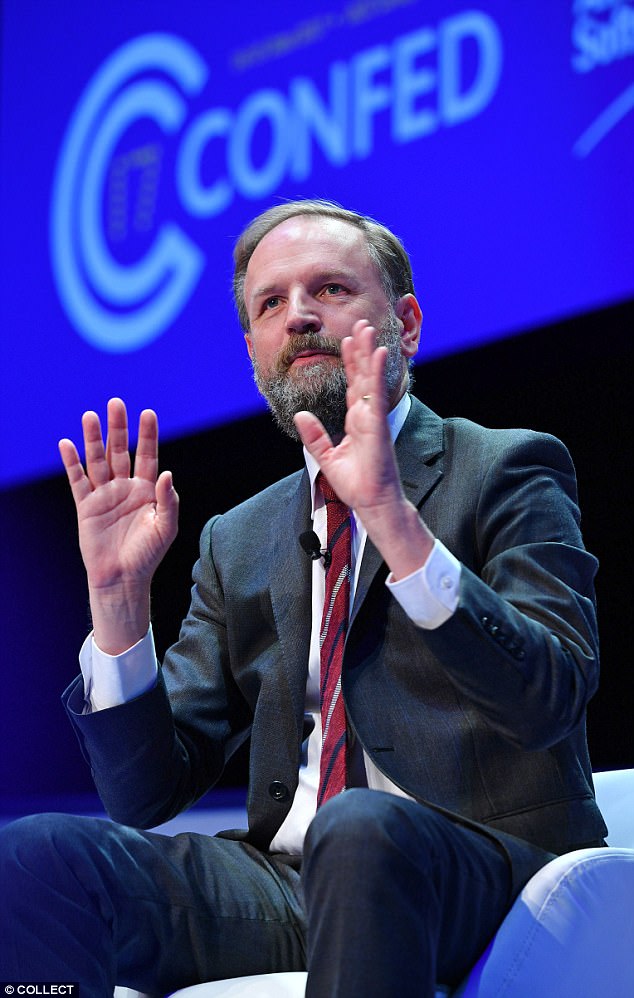 ‘But in some parts of the country, clearly there are real pressures, so we are using the next six to eight weeks to really be clear what the plan there needs to be.

‘We are reviewing the Australia and New Zealand experience, where hospitals have closed to new patients and reported very long waiting times.

‘The evidence is we are likely to have a more pressurised flu season this year.’

FLU VACCINE ONLY WORKS FOR CHILDREN

Last winter’s flu vaccine reduced the risk of infection by 66 per cent in children but was ineffective in the elderly, according to Public Health England.

Among youngsters, the jab was eight per cent more efficacious than the previous year and worked the best since it was first used in children in 2013.

Yet, the vaccine was ineffective in people aged 65 and over.

This is thought to be due to the jab failing to protect against the H3 flu strain, which circulated last winter.

Each year, the World Health Organization selects the three most common strains of flu to create the best vaccine. Such jabs are typically effective in 50 per cent of cases.

A PHE official said: ‘As people age, their immune systems are often weaker and therefore their bodies may not respond as well to a vaccine as younger people’s bodies.’

Mr Stevens said hospitals were preparing to free up an extra 2,000 to 3,000 beds, by discharging so-called bedblocking patients.

The flu season typically begins in November and lasts until March, peaking in December or January.

Over the next few weeks GPs will start giving the vaccine to the over 65s, children aged two to four, pregnant women and other risk groups.

A spokesman for Public Health England said it was too early to say whether the outbreak in Australia had been caused by the vaccine being ineffective.

In 2015 health officials admitted that the flu vaccine given to millions of patients the previous winter had been ineffective.

Normally flu vaccines are effective against two thirds of cases so this was still substantially below average.

The h3n2 strain of flu in Australia has been worse in the over 80s and children aged five to nine.

A significant increase in cases

Paul Cosford, medical director at Public Health England said: ‘The strains of flu circulating in Australia this past winter have led to a significant increase in cases but it’s too early to know which will be the dominant strains of flu to circulate in England.

‘Each year the World Health Organisation reviews the circulating strains of flu and recommends which flu strains should go in the vaccine. It’s really important that as many eligible people as possible get their jab which is the best way to protect everyone from flu.’