The NHS considered allowing a new anti-coronavirus app to identify users via through their mobile phones.

A draft document from last month considered whether the app should include the ability to reveal a person’s identity ‘if ministers judge that to be proportionate at some stage’.

The ‘contact-tracing’ software, revealed by Health Secretary Matt Hancock yesterday, would allow people who become unwell to warn those they had been in touch with ‘over the past few days’ so they can ‘act accordingly’.

NHSX, the health service’s technological arm, is working on software which uses Bluetooth technology, alongside Google and Apple, who run the two main smartphone operating systems.

A draft document seen by the Guardian suggested that it could include the ability to examine handset identification numbers.

It also suggested it could use other apps on the phone, like Google Maps,

But it admitted it would be controversial – any such move would be likely to provoke uproar on privacy grounds.

An NHSX spokesman today said: ‘To be very clear – there have never been plans to make use of existing apps and other functions already installed on peoples phones such as Google Maps and neither have there been plans to look to use the device ID of users in any app-based solutions.’

NHSX, the health service’s technological arm, is working on software which uses Bluetooth technology, alongside Google and Apple, who run the two main smartphone operating systems

Speaking at last night’s daily news conference Mr Hancock said:  ‘If you become unwell with the symptoms of coronavirus you can securely tell this new NHS app and the app will then send an alert anonymously to other app users that you’ve been in significant contact with over the past few days, even before (they) have symptoms so that they know and can act accordingly.

‘All data will be handled according to the highest ethical and security standards and would only be used for NHS care and research and we won’t hold it any longer than it’s needed.’ 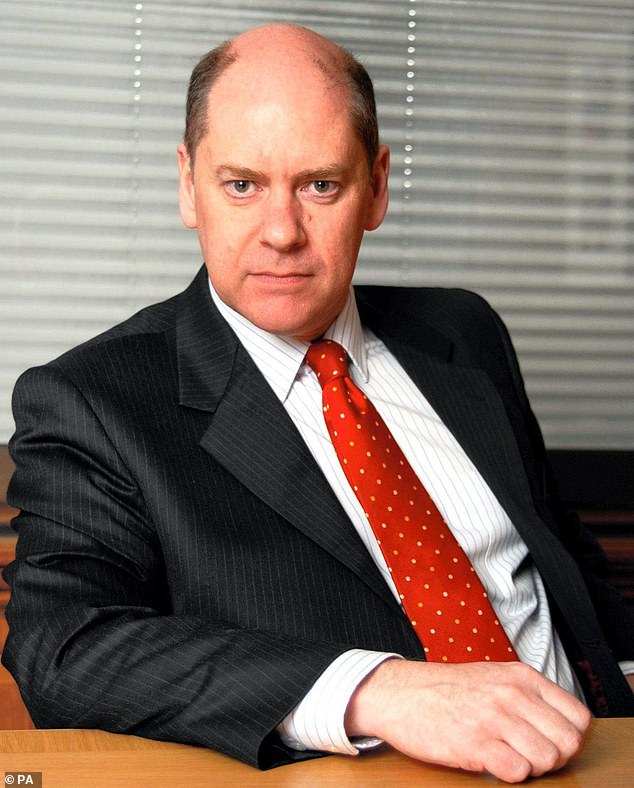 Lord Jonathan Evans, who led Britain’s domestic security service from 2007 to 2013, said that existing technology used in counter-terrorism and organised crime probes could be used.

He said the app is currently being tested and they are working with the world’s leading tech companies and experts in clinical safety and digital ethics ‘so that we can get this right’.

He added: ‘The more people who get involved then the better informed our response to coronavirus will be and the better we can protect the NHS.’

However, the announcement came as a former head of MI5 warned ministers there had to be powerful ‘oversight and accountability’ if the public is going to accept such an invasion of privacy.

Lord Jonathan Evans, who led Britain’s domestic security service from 2007 to 2013, said that existing technology used in counter-terrorism and organised crime probes could be used. 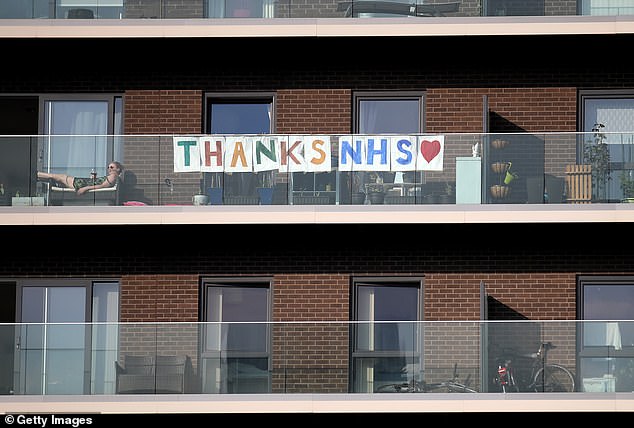 NHSX, the health service’s technological arm, is said to be working on software which uses bluetooth technology to warn those who download it when they have been in close proximity to someone who has tested positive for Covid-19.

But he said that such measures – which amount to tracking the movements of millions of innocent British citizens, would have to be done carefully if they were not to provoke a human rights backlash on privacy grounds.

‘This is now the case for anti-terrorism and the same must apply to health. And there must be redress.

‘People who believe their privacy has been improperly invaded need to have a way of getting their complaint independently investigated.

‘Against the background of the lockdown, people may consider the kind of surveillance needed to keep Covid-19 at bay a price worth paying, but public confidence will be retained in the longer term only if the right controls and accountability are in place.’

The Liberal Democrats have called for ‘transparency’ over how data in the new NHS coronavirus app will be used.

Acting party leader Sir Ed Davey said: ‘Proposals laid out to allow people to voluntarily provide data through an NHS app to improve contact tracing are likely to be crucial in enabling the UK to move out of the lockdown at some point in the future. This is therefore a welcome step to protect public health.

‘However, there must be complete transparency around how the data will be stored and used, coupled with watertight guarantees that data will be anonymised, kept for the shortest possible time, and won’t be shared between Government departments.

‘Any proposal on the use of mobile phone data or other technology to track people must also be scrutinised properly by MPs before a final decision is made, further strengthening our argument that Parliament should be recalled urgently.’