An NHS hospital boss working in southern England has asked British fashion brands to make more personal protective equipment (PPE) such as gowns for his staff.

The man, who wished to remain anonymous claimed staff at his hospital had ran out of gowns over the weekend.

It comes after Health Secretary Matt Hancock claimed hospitals had enough PPE to go around.

The hospital boss slammed these claims and insisted Mr Hancock’s theory was a ‘fantasy’. 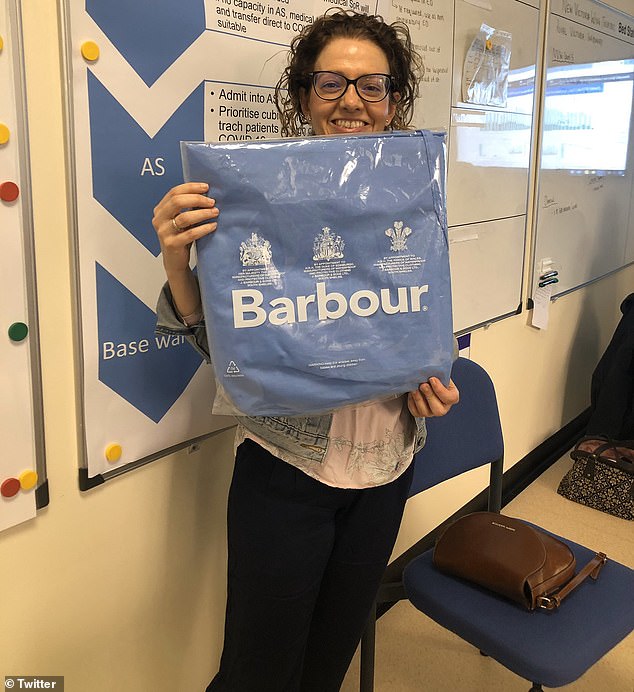 The man, who wished to remain anonymous, phoned the BBC’s business reporter Simon Browning and asked for the factory phone number of Burberry, which has turned over its production to make PPE for healthcare workers.

Burberry is among a list of labels including Barbour, Louis Vuitton and Philip Treacy to have pledged to manufacture equipment crucial to fighting Covid-19.

Browning said such gear was being made efficiently but was not reaching the front line quickly enough, with manufacturers telling him they have been receiving ‘upsetting’ phone calls from NHS staff about to run out of equipment.

It comes as Mr Hancock faces questions from MPs on Friday over the Government’s coronavirus response, a day after lockdown measures were extended for at least another three weeks.

NHS workers have already thanked the luxury clothing brand for turning its factory into a production line for PPE and delivering gowns to North East hospitals. 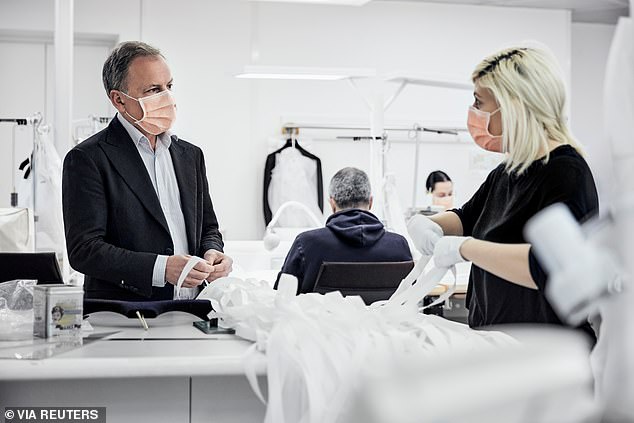 Michael Burke, CEO of Louis Vuitton talks to an employee tailoring a protective gown, as the company makes PPE masks and gown

Pictured: The Barbour factory in Jarrow, which is now turning out the gowns for NHS workers 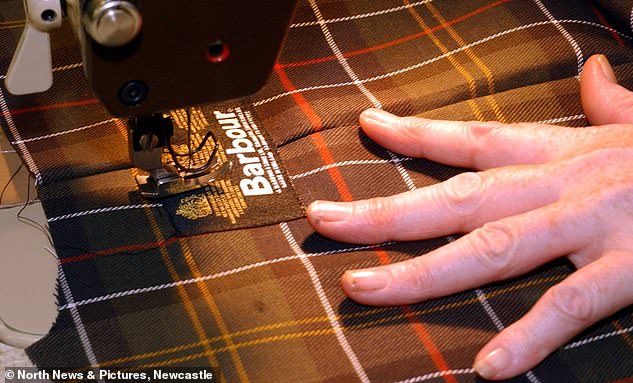 Working with the Royal Victoria Infirmary in Newcastle, its factory on Bede Industrial Estate in Jarrow, South Tyneside, has made a quantity of disposable gowns which have now been delivered to grateful staff.

The navy blue gowns arrived in Barbour branded packaging, stamped with the Royal seal of approval.

Barbour will now move to a larger scale production of gowns and scrubs for the RVI and other North East NHS trusts to support frontline medical staff who are in urgent need of these items.

Company chairman, Dame Margaret Barbour, said: ‘Everyone has a role to play in fighting COVID-19 and I wanted my daughter Helen and I to play our part by turning our South Shields factory over to produce PPE product for the NHS.

‘Our staff’s welfare is our most important priority and we have undertaken a strict risk assessment to ensure we adhere to social distancing and that they are fully protected whilst undertaking this important role.

‘I am very grateful to my staff for their overwhelming support. The factory, where we normally make our classic wax jackets is no stranger to adaptation.

‘During both World Wars, we turned the factory over to make military garments to assist the war effort.

‘We are pleased to once again be able to make a difference and this time, to support the NHS.’