By Stephen Matthews For Mailonline

An NHS hospital has banned patients from wearing pyjamas during the day in an attempt to get them better sooner.

Patients at Whittington Hospital in north London now have to wear their ‘normal clothes’ in daylight hours.

The pyjama ban, enforced by the hospital’s chief nurse, comes alongside a national NHS campaign to help patients recover quicker.

Michelle Johnson, who took up the role earlier this year, argued wearing PJs makes patients want to stay in bed for longer.

She said: ‘It isn’t normal for people to spend all day in pyjamas at home, so why should they do this in hospital?

‘Getting dressed makes it more likely that our patients will get out of bed and move around, meaning that they will regain strength and can go home sooner.’

She said the new regime, which comes amid the NHS’ publicised battle with so-called bed-blockers, was being implemented this week.

Patients’ loved ones have been asked to bring in a new outfit every day and help them get dressed and ready each morning. 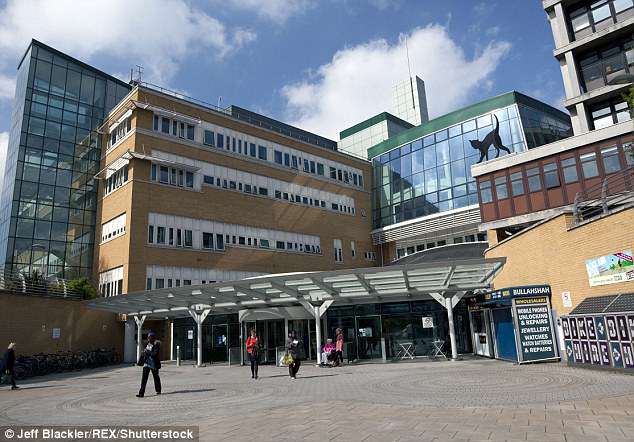 Ms Johnson said: ‘Patients need support from their loved ones – family and friends can help by taking home clothes that need a wash and bringing in fresh outfits.

‘This is a way that everyone – staff, family and friends – can come together to help patients get back to their own homes faster.’

HOW BAD IS THE NHS’ BED-BLOCKING SITUATION?

NHS figures for bed-blocking are currently among the worst on record.

Up to 8,500 bed-blocking patients are stuck in hospitals each day because of a lack of care at home, a major report warned in February.

In January, a total of 153,000 days were lost due to patients not being discharged because they cannot be looked after in the community.

The crisis is costing the health service £900 million a year and is far worse than previously thought.

The report commissioned by the Government in 2014 estimated that the NHS could save up to £5 billion a year by 2020 if it becomes more efficient.

It was written by Labour peer and businessman Lord Carter, who compared how a sample of 32 hospital trusts are run.

Lord Carter’s report urged trusts to set up ‘cottage hospital’-style wards to house patients who are well enough for discharge, but not ready to live independently.

The new regime will also request that friends and family help patients do their hair and make-up – as well as help male patients to shave and ‘spruce up’.

Local residents of the Islington-based hospital have welcomed the decision. Gareth Boyes, 34, said: ‘It’s not a bad idea I suppose.

‘But only for some patients – you can’t expect someone with a really serious illness to start thinking about what they are wearing.’

The pyjama ban comes after the NHS launched a campaign earlier this week to try and get patients to ditch their PJs in hospital.

The 70-day £EndPJparalysis campaign is supported by Professor Jane Cummings, the chief nursing officer for England.

Professor Cummings said: ‘For many wearing pyjamas reinforces feeling unwell and can prevent a speedy recovery.

‘One of the most valuable resources is a patients’ time and getting people up and dressed is a vital step in ensuring that they do not spend any longer than is clinically necessary in hospital.

‘I urge all those caring for our older patients to help end PJ Paralysis and get involved in the 70-day challenge and show the impact they can make.’

Studies have found that for patients over the age of 80, a week in bed can lead to 10 years of muscle ageing.

Other research shows it can cause muscle loss – which can lessen mobility and may lead to increased dependency and demotivation.