NHS in flu panic as strain may kill thousands of elderly

Hospitals are so understaffed they may have to turn away elderly patients seriously ill with flu this winter, an analysis reveals today.

The country is facing a devastating outbreak of a new strain of the illness, which could kill thousands and fuel a winter crisis in the NHS.

Several hospitals surveyed by the Mail this week said they are too understaffed to take in any extra patients. Some have launched desperate searches for more nurses abroad.

One Trust admitted patients turning up with flu at A&E this winter will be ‘eyeballed’ by nurses at the front door and sent to an on-site GP if they did not look seriously ill.

The country is facing a devastating outbreak of a new strain of the illness, which could kill thousands and fuel a winter crisis in the NHS

Another has warned it has ‘significant concern for patient safety’ ahead of the flu season. Separately, the NHS yesterday revealed nine in ten hospital bosses are ‘concerned’ they will not cope while 62 per cent are ‘extremely concerned’.

Last night, it emerged that hospitals in Bath, Northampton and Cambridge have declared black alerts – the most serious – in the last two months, meaning they are running out of beds.

The panic comes after a particularly aggressive strain called H3N2 has caused one of the worst flu outbreaks in 50 years in Australia and New Zealand.

The Mail can reveal that at least seven hospitals have treated patients with H3N2 since August.

Simon Stevens, chief executive of NHS England, has warned doctors that they must prepare for the Australasian flu and said hospitals were freeing up an extra 2,000 to 3,000 beds. 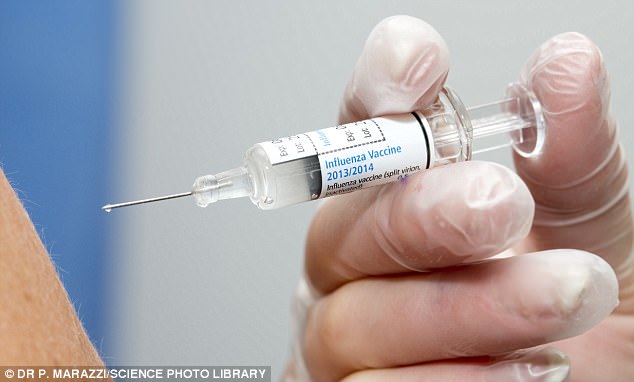 NHS England chairman Sir Malcolm Grant said the service was ‘more scared than we have ever been’ about flu this winter.

An official ‘winter plan’ adds it has been using an ‘extremely high’ number of agency nurses and ‘the supply is at times insufficient’. Understaffing is also a problem at York Teaching Hospital NHS Foundation Trust, which serves 530,000 people in the North East.

Board papers warn that the Trust has 118 nurse vacancies and that ‘this was a significant concern’ at Scarborough Hospital.

Deadly risk of turning down your free jab

Health bosses are desperate to boost take-up of the flu jab this winter amid warnings the virus will hit harder than it has for decades.

Pensioners, pregnant women, young children, those with health conditions and all health staff are eligible for the vaccine – but every year thousands decline the offer.

Even with 100 per cent vaccination, sometimes the jab does not work. It usually protects around 60 per cent of patients.

In 2014, however, the number of winter deaths soared because the flu jab that year offered protection to no more than a third.

That year there was an estimated 43,900 excess winter deaths in England and Wales, the highest number since 1999/2000.

Scientists said a mutation of the virus meant it did not match the vaccine – which is developed freshly every year to match the strain scientists believe will circulate in the winter.

It is created in March, nine months before the flu season typically gets under way.

There have been concerns about staff shortages at United College London Hospitals NHS Foundation Trust, which treats more than one million patients per year.

A board paper warned of the ‘risk that nursing staffing vacancies will impact capacity’.

Bedford Hospital plans to have nurses at its casualty unit doors this winter and then indefinitely.

‘Patients will be eyeballed by a nurse and if appropriate, they will be streamed to the on-site GP practice,’ states its winter plan.

The Trust said this would help relieve pressure and most ‘frail, older people would be triaged to A&E’. It is also recruiting abroad.

Stockport NHS Foundation Trust is planning ‘an international campaign’ to boost staff levels for the winter and said it will open 14 extra beds if needed.

ULHT said it has new ‘streaming services’ in A&E to make sure the unit is not overwhelmed.

UCLH said it had closed 21 beds but hopes to reopen them all before winter. In England last year, 1,531 patients were hospitalised with flu and there were 133 deaths. But thousands more die as the illness worsens existing problems.

In a speech today, Shadow health secretary Jonathan Ashworth will say: ‘Theresa May’s response to a potential flu crisis has been staggeringly complacent.’

A Department of Health spokesman responded: ‘This year 21 million people, more than ever before, are eligible for a free flu jab and we’ve announced an unprecedented push for all NHS workers to have the jab.’