NHS psychologists are ‘over-diagnosing’ children with gender dysphoria over fears staff will be branded transphobic if they don’t, it has emerged.

Ex-clinicians fear scores of youngsters could unnecessarily be being put on puberty-blocking drugs that warp their hormones every year.

The concerns were raised by six psychologists who have resigned from London’s children’s gender-identity service in the past three years.

They all claimed they were under such immense pressure they could not properly assess patients, in what they fear may be a ‘medical scandal’.

One of them has admitted that looking back, they may not have given hormone-warping drugs to all of the children they diagnosed with gender dysphoria.

Thirty-five psychologists have resigned from London’s Gender Identity Development Service (GIDS) at the Tavistock and Portman NHS Foundation Trust since 2016.

Data shows the number of children treated at the service has exploded by more than thirty times in the space of a decade.

Data shows the number of children treated at the Gender Identity Development Service (GIDS) has exploded by more than thirty times in a decade – from 77 to 2,590

The GIDS in Camden, north London, is where children with gender dysphoria are treated on the NHS.

The service had 2,590 young patients referred to them last year, compared with just 77 patients a decade ago. It sees children under the age of 18 and, in rare cases, some as young as three.

One psychologist, who wished to remain anonymous, told Sky News: ‘Our fears are that young people are being over-diagnosed and then over-medicalised.

‘We are extremely concerned about the consequences for young people… For those of us who previously worked in the service, we fear that we have had front row seats to a medical scandal.’

In a statement, the GIDS said it ‘supports every young person on a case-by-case basis, as an individual’.

It added: ‘GIDS takes a considered and thoughtful approach, and supports clinicians to engage openly and supportively with patients and parents.

‘We have conducted exit interviews with all departing staff to understand their motivations and identify any areas of concern.

‘The work is demanding and the pressures of operating in a busy service facing a high level of unfair criticism are intense, their motivations are as individual as they are.’ 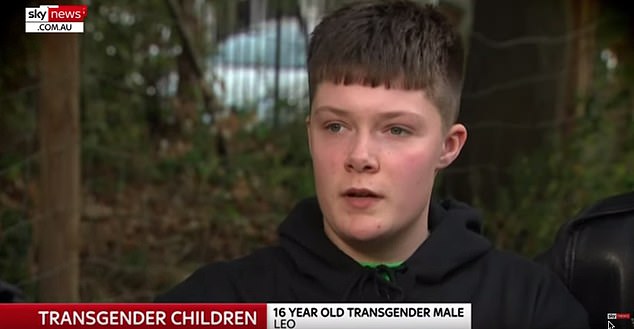 Having been born female, Leo was prescribed testosterone on the NHS ahead of his 16th birthday after being diagnosed with gender dysphoria 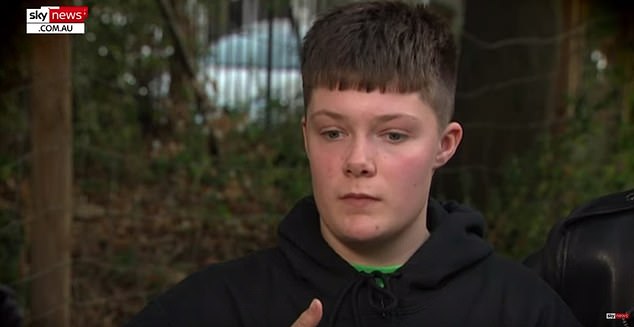 People with gender dysphoria experience discomfort or distress because there’s a mismatch between their biological sex and identity.

Almost half of children treated at the GIDS are prescribed hormone-blockers that halt puberty.

It is a fully reversible form of treatment because puberty will resume when the patient stops taking the drugs.

This gives children the time to consider whether they truly want to make the transition to the opposite sex.

But the drugs interfere with natural hormone production and can cause mood swings.

Another psychologist, who wished to remain anonymous, told Sky News they were in charge of 120 to 130 young people.

They said this was three times the caseload psychologists are used to at other mental health services around the country. They said it gave little time to properly evaluate patients. 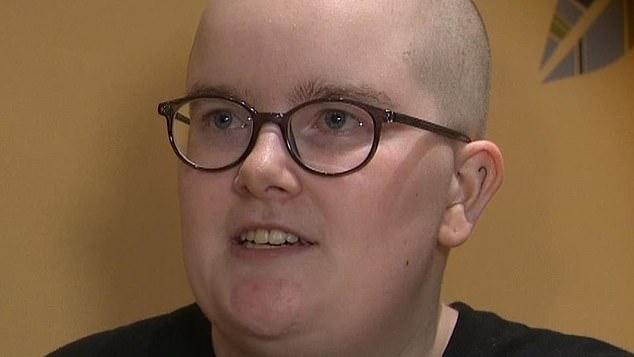 Thomasin switched back to being a female this year at the age of 19 after realising she did not have gender dysphoria, but was in fact struggling with her sexuality as a lesbian

WHAT IS GENDER DYSPHORIA?

Gender dysphoria is a ‘recognised medical condition, for which treatment is sometimes appropriate. It is not a mental illness,’ according to the NHS.

According to the charity Stonewall, as many as one per cent of the population may be trans – although accurate numbers are not known.

After taking puberty-blockers, the next stage is hormone therapy. It sees youngsters take testosterone, if transitioning to a male, or oestrogen, if switching to female.

This is normally not given to people under 16 because it is irreversible and can eventually make patients infertile.

Gender-reassignment surgery, the final step in transitioning from one sex to another, is reserved for patients over 18.

Having been born female, Leo was prescribed testosterone on the NHS ahead of his 16th birthday after being diagnosed with gender dysphoria.

He was 14 when psychologists and doctors in the health service asked him to decide if he wanted children in the future.

Speaking on Sky News this morning, he said: ‘If I couldn’t live my life as a male or have the body of a male I don’t think I’d be around by the age of 20, 30.

‘When I started getting my periods it was an indicator that things weren’t going to change, puberty worsened my mental health, worsened my gender dysphoria. It was excruciating.’

Leo described his experience at the gender identity centre as positive and said he was thoroughly consulted before getting a prescription for the drugs.

But Thomasin, who spent most of her teen years identifying as male, switched back to being a female this year at the age of 19.

She was diagnosed with gender dysphoria by the Tavistock at 17 but was never prescribed medication.

Thomasin de-transitioned this year after realising she was struggling with her sexuality as a lesbian.

She said she was glad she never took irreversible steps to become male. Thomasin said on Sky News this morning: ‘Mainly the thing that was fuelling me was that I didn’t fit in and then I was slowly drip fed this idea that you could change sex.

‘At 15 I wanted to have top surgery and be a man… it did feel scary at times because you’re going down this route of a medicalised pathway and I did have those little niggles in the back of my mind.’