NHS patients to be offered cancer treatment at home

Thousands of NHS patients could be given cutting-edge cancer treatments in the comfort of their own living rooms this year in a drive to spare them from repeat hospital visits.

Specialist nurses from top cancer centre The Christie NHS Foundation Trust in Manchester are already offering at-home chemotherapy and immunotherapy to 250 patients a day, and the service has been such a success that it’s now being rolled out further.

Up to 10,000 patients with breast, bowel, kidney, lung, prostate or melanoma skin cancer will benefit from the latest targeted treatments. 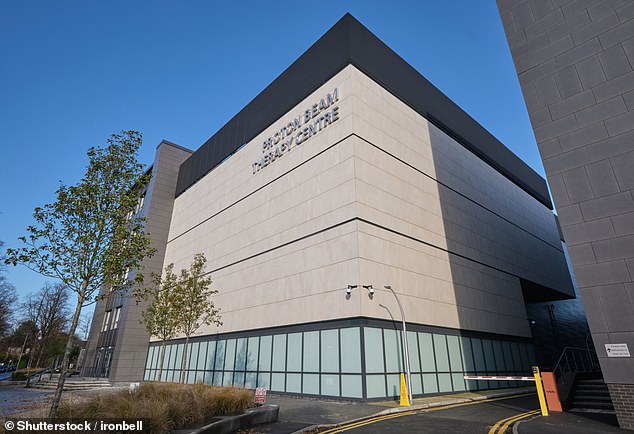 Some 250 patients a day are being treated at home as part of a trial running at The Christie NHS Hospital Trust, pictured

Sufferers are given their first two treatments in a clinic, to allow doctors to assess them and monitor for any potential complications.

If given the all-clear, they can then opt to have the rest of their treatments at home.

The drugs are delivered by a pharmacist and specialist nurses visit to administer them.

Stephanie Hechter, outreach service manager at The Christie, said: ‘Patients don’t have to spend time travelling to and from hospital appointments, and they don’t need to worry about parking or sitting around in waiting rooms.’

Over the past 12 months, hospitals across the country have been forced to interrupt routine cancer treatments for a number of reasons, notably diversion of resources owing to Covid. While some offered patients alternative drugs in place of chemotherapy until they could return to a normal service, other patients faced lengthy delays in receiving vital treatments.

All of this has resulted in a backlog – figures suggest there are 4.5 million patients, in total, waiting for hospital treatment. Experts say The Christie’s initiative could be a blueprint for other hospitals hoping to ease this pressure.

Hechter said her team was already working with experts at The Royal Marsden Hospital in London, another leading cancer centre, which may soon follow their lead. She added: ‘The benefits of at-home treatment were even greater last year, when many patients were worried about coming to hospital. Our way, they get a time slot and one-on-one nursing care. It meant no one missed appointments – we were able to keep providing treatment as usual.’

The Christie began offering the option of treatments at home to breast cancer patients in 2016, after a successful three-month pilot scheme. The Trust also offers more than 25,000 chemotherapy and immunotherapy treatments each year from a mobile unit and regional clinics.

One patient to have benefited is Bob Huntbach, 72, a retired detective superintendent from Urmston, Greater Manchester. The married father-of-two, who has five grandchildren, and two great-grandchildren, was diagnosed with melanoma skin cancer four years ago. He had a mole on his arm that was occasionally bleeding and went to get it checked by his GP.

Since having surgery to cut out the cancer cut, Bob has had six operations on his arm, including a skin graft. Last year, after noticing a lump the size of a pea on his arm and another lump the size of a grape on his collarbone, he began receiving nivolumab, an immunotherapy treatment given into a vein which uses the body’s own immune system to fight cancer.

Following Bob’s first two infusions at The Christie, he was eligible to have the treatment at home. Within months, scans showed Bob’s tumours were shrinking. He received the immunotherapy every six weeks and says he sat in his conservatory while the nurses carried out the treatment.

He adds: ‘When I was going to hospital for the treatment I had to write off a whole day. And it’s very tiring. Now I have the treatment at home and it makes a huge difference. You also get a one- to-one service with the nurse, who can answer all your questions.’

Unfortunately, in recent months the cancer has spread to Bob’s lungs and he will now need to go on to new drug to continue his fight against the disease, but he says that the time he saved travelling has made all the difference to keeping up a somewhat normal lifestyle.

‘Once the nurses have gone,’ he says, ‘I can spend time in my workshop. At my age, every day counts.’