The NHS will ‘have answers’ about the effectiveness of promising coronavirus drugs in June, health bosses say.

It comes as Prime Minister Boris Johnson looks set to announce he will keep Britain under strict lockdown until June during his address to the nation on Sunday.

Scientists have warned of an inevitable second wave if the UK’s draconian measures are eased without an effective treatment or vaccine in place.

In a letter sent to GPs, public health directors and Clinical Commissioning Groups (CCGs), Mr Powis encouraged clinicians to continue to recruit COVID-19 patients to speed up the trials.

More than 9,000 virus sufferers are taking part in the Recovery trials, testing five drugs earmarked as potential therapies on patients in NHS hospitals around the country.

Among the medicines being trialled is the anti-malarial hydroxychloroquine and HIV drug lopinavir-ritonavir.

Mr Powis said if recruitment for the trial remains high ‘this will allow us to move successful drugs into routine care’. 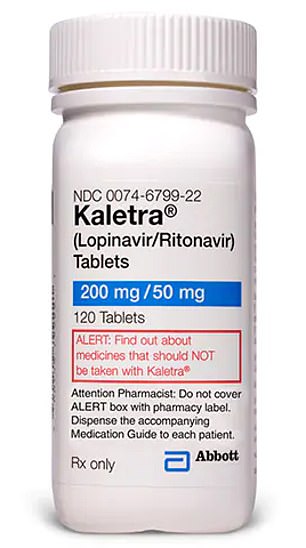 The letter, seen by the Health Service Journal, said: ‘As new admissions fall due to the success of social/physical distancing measures it will become even more important that a high proportion of patients with COVID-19 are enrolled on to trials if we are to improve future treatment

‘If we can keep recruitment for Recovery high, above 1,000 patients per week, we could have answers on some treatments in five to seven weeks. This will allow us to move successful drugs into routine care.’

The Recovery trials are also investigating the effectiveness of low-dose dexamethasone, a type of steroid which reduces inflammation, the antibiotic azithromycin and anti-inflammatory injection tocilizumab.

It comes after a British pharmaceutical manufacturer said it will start making the experimental coronavirus drug hydroxychloroquine in the UK amid fears supplies will run out during the pandemic.

Accord Healthcare announced it was importing 50 tonnes of raw chemical materials to its factory in Durham.

The London-based firm said the first order of ingredients will be able to produce 60million tablets, which it claims is enough for 2million patients.

But bosses plan to ramp up production to an average of 50million pills per month by October 2020.

The move comes as India, the world’s biggest manufacturer of hydroxychloroquine, struggles to cope with the surge in demand for the drug heralded as a potential virus cure.

Doctors are still trialling which dose of the medication is best for COVID-19 sufferers – or if it is even beneficial at all.

The drug, touted as a ‘game-changer’ by US President Donald Trump, is being studied in three major UK trials on patients with mild, severe and life-threatening illness.

Laboratory studies indicated the antiviral could clear coronavirus and prevent it from multiplying in human cells.

But preliminary results from clinical trials in the US found the drug has thus far failed to improve survival odds.

The decision to produce the drug in the UK comes as factories in India and China – which supply more than 70 per cent of the world’s generic medications – struggle to cope with demand.

Supply chains have also been destabilised after economies around the world shut down to deal with the pandemic.

British pharmacists and hospitals have complained of being short of other drugs, including sedatives used for patients on ventilators

James Burt, executive vice president of Accord Healthcare, said that if trials around the use of hydroxychloroquine prove successful, ‘there is likely to be a significant worldwide shortfall in the API’.

Warwick Smith, director general of the British Generic Manufacturers Association (BGMA), told The Pharmaceutical Journal that the Association ‘welcome the increased capacity and certainty this specific deal will deliver’.

‘Currently, around a quarter of all generic prescription medicines dispensed in the UK are manufactured here.

‘While most manufacturers will have significant supplies of API in stock — often six months or more — much of this is sourced from Europe, or further afield in China or India.

‘The current crisis has underlined the benefits, from a medicines resilience perspective, of more robust supply chains and more ingredients readily available.’

SIX HOPES FOR A CORONAVIRUS TREATMENT

Investors are closely watching the trials of this antiviral drug, which was originally developed as a treatment against ebola.

Every titbit of information about the treatment has resulted in huge swings in the stock market.

The US government’s top infectious disease expert, Dr Anthony Fauci, last week said early results from one trial showed remdesivir had a ‘clear-cut, significant, positive effect in diminishing the time to recovery’. Several trials are ongoing – including one at University College London.

This drug, made by pharmaceutical giant Roche, stops the ‘cytokine storm’ that happens when the immune system starts attacking the body, something that is seen in very ill coronavirus patients. Originally developed as a treatment for rheumatoid arthritis, Roche has also used tocilizumab in the last few years for cancer patients undergoing its risky but extremely effective CAR-T therapy. These patients sometimes suffer cytokine storm as a side effect of the cancer treatment, and tocilizumab has been effective at minimising the danger when this happens. Tocilizumab is part of three major trials involving British patients – with the first results expected by June or July.

Anti-inflammatory drugs hydroxychloroquine and chloroquine have been used since the 1940s against malaria and autoimmune conditions such as rheumatoid arthritis and lupus. They both have antiviral properties and hydroxychloroquine is part of several UK studies for the treatment of early-phase coronavirus.

A Japanese flu drug that blocks the ability of a virus to replicate itself, favipiravir has been shown to cut recovery time from 11 days to four days in coronavirus patients. A trial of the drug was launched last week at Chelsea and Westminster Hospital in London.

A combination of two antiretroviral HIV drugs, this was part of the treatment protocol for Covid-19 in China and is now being trialled by Oxford. The treatment is used to prevent the HIV virus becoming the Aids disease. It targets an enzyme called protease which viruses use to replicate themselves. Without this, when the virus takes over a cell it is unable to make copies of itself, so the infection stops at that cell.

By the end of May 5,000 NHS patients a week will be receiving blood donated by coronaviorus survivors. The use of ‘convalescent plasma’ relies on the theory that people who survive coronavirus have developed antibodies against the virus which could help patients struggling to produce their own.