A 78-year-old Hospital support worker who ‘refused to retire’ has died over the weekend after contracting coronavirus.

Sophie Fagan, who arrived from India in 1961 aged 16 to begin her nurse training, died on Sunday morning in The Homerton University Hospital in Hackney, London where she had spent years working.

A second worker at the same hospital acute care nurse Michael Allieu, 53, died the day before Ms Fagan, after contracting the virus.

Meanwhile a North Staffordshire nurse of more than 40 years has also died from coronavirus.

A 34-year-old domestic supervisor from Northampton Hospital, Joanna Klenczon, an NHS healthcare assistant, Chrissie Emerson from the Queen Elizabeth Hospital in King’s Lynn, Norfolk and a 58-year-old occupational therapist for Medway Community, Vivek Sharma, have also lost their lives as a result of contracting the virus.

Their deaths come as doctors have responded with fury to the Deputy Chief Medical Officer, Dr Jenny Harries’ claim that people are not being ‘adult’ about PPE supplies amid growing calls for a public inquiry into NHS equipment shortages.

Tributes have flooded in for the latest NHS workers to die from Covid-19. 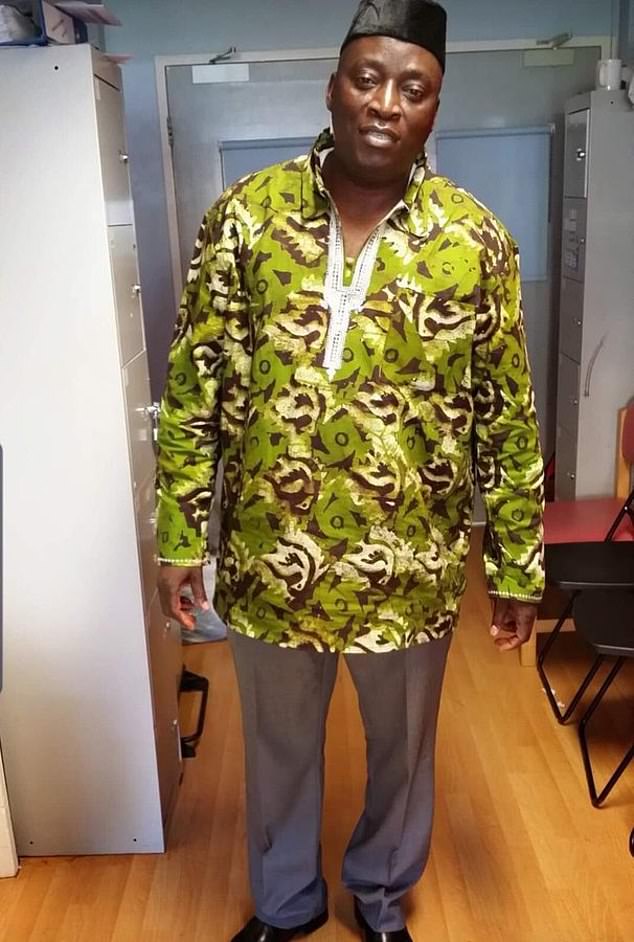 The Homerton University Hospital NHS Foundation Trust said Sophie Fagan was ‘part of the healthcare fabric in Hackney’ and Michael was a ‘member of the Homerton family’.

CEO Tracey Fletcher said: ‘Sophie Fagan was an extraordinary woman and well known across the Homerton site and indeed Hackney for over 50 years.

‘Sophie was 78 when she died and still working. She refused to fully retire and although she did reduce her hours she was often to be found meeting relatives and supporting staff in the hospital when she wasn’t due to be. Sophie wanted to make a difference and caring for the elderly was her passion.

‘Given her energy, enthusiasm and the fact that she was seemingly ever present on the site, it is hard to believe she qualified as an enrolled nurse in the Eastern Hospital, Hackney in 1966.’

Paying tribute to Michael Allieu, Ms Fletcher added: ‘Michael was a vibrant, larger than life character on our acute care unit, and was well known and very well liked throughout the hospital. He will be greatly missed by all his colleagues both in the ACU and the wider Homerton Hospital community.

‘Our thoughts and condolences are with his family at this sad time.’ 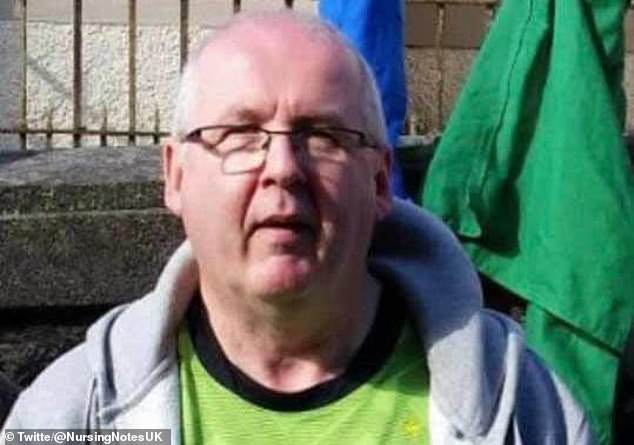 An extremely well-liked and valued member of the team, Patrick McManus had worked at the North Staffordshire Royal Infirmary before transferring to Stafford, where he had been for around 10 years.

Tracy Bullock, the chief executive of the UHNM NHS Trust, said: ‘We are deeply saddened to confirm a member of staffs has died due to Covid-19.

‘Patrick McManus was an extremely well-liked and valued member of the nursing team at County Hospital. He had been a nurse for more than 40 years and had worked at North Staffordshire Royal Infirmary prior to working in Stafford.

‘He was a loveable character and brought kindness and compassion to all his patients which was acknowledged by the number of compliments and thank you messages he received.

‘Patrick was an exceptional leader and took staff and students under his wing. His big Irish personality will be sorely missed by his friends and colleagues at UHNM.

The youngest worker to die out of the five, Joanna Klenczon, 34, worked at the Northampton General Hospital (NGH) for 10 years before her death on April 9. 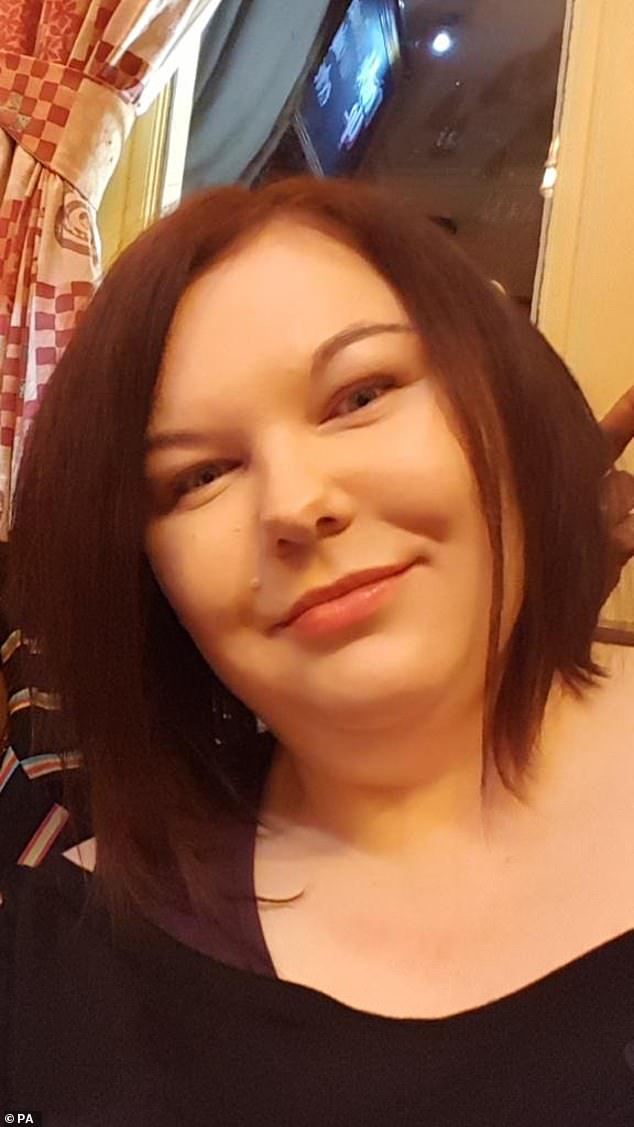 Paying tribute to her, a spokesman for the NGH NHS trust said she was ‘well-liked and respected by everyone she worked with’.

The spokesman said Ms Klenczon died after ‘receiving the best care we could provide’.

In a statement, the Trust said: ‘Joanna had worked at NGH for the past 10 years and her colleagues remember her as someone who was courteous, polite, a good organiser and team member who set high standards, and was prepared to go the extra mile.

‘Joanna was well liked and respected by everyone she worked with.

‘Our thoughts are with Joanna’s family at this time and we offer them our sincere condolences.’

Dr Sonia Swart, chief executive at the Trust said: ‘Joanna touched the lives of so many people at NGH and she will be missed by everyone who knew or worked with her.

‘We are offering our support to our staff during this difficult time whilst we all mourn the loss of one of our team members.

‘We would ask that the privacy of Joanna’s family, friends and colleagues is respected at this time.’

Chrissie Emerson, a healthcare assistant, was praised by colleagues and patients as a ‘much loved’ member of staff at the Queen Elizabeth Hospital in King’s Lynn, Norfolk. 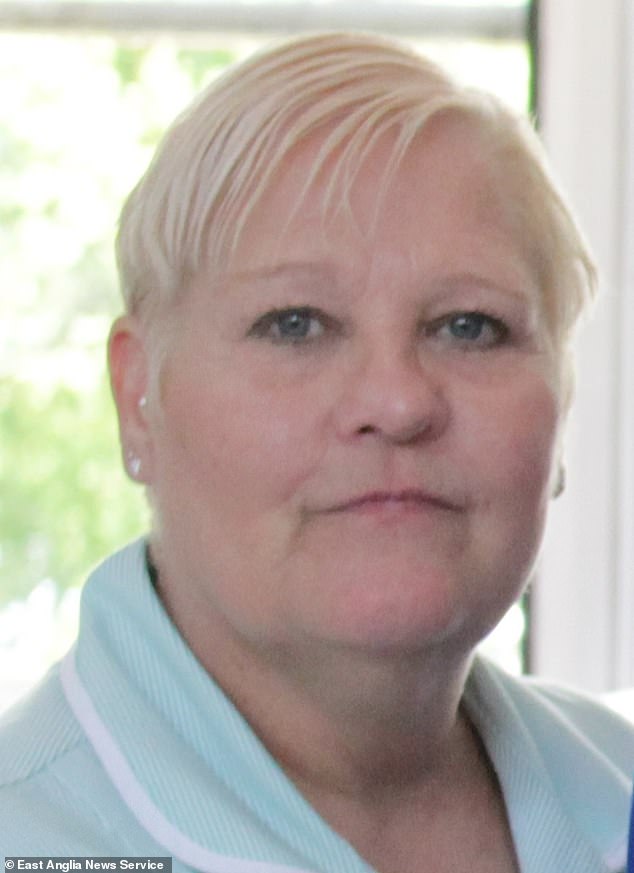 News of Mrs Emerson’s death was revealed in a joint statement by the hospital trust’s CEO Caroline Shaw, and its trust chairman Professor Steve Barnett.

The statement said: ‘Everyone at QEH is today coming to terms with the devastating news that one of our own healthcare assistants has died after testing positive for COVID-19.

‘The whole family at QEH is deeply saddened at losing Chrissie Emerson who was such a valued colleague, and much-loved wife to Michael and cherished mother and grandmother.

‘We have been in touch with Chrissie’s family to extend our condolences on behalf of everyone at QEH and to offer appropriate support.

Meanwhile the death has also been announced of occupational therapist Vivek Sharma, 58, who worked for Medway Community Healthcare. He died on Friday. Mr Sharma was described as gentle soul who was kind and generous time and again.

Mr Sharma leaves behind two sons, one of whom was due to be married this year.

In a statement issued on Monday, Kent-based Medway Community Healthcare said: ‘We are sad to announce that Vivek Sharma, our clinical falls lead, died on Friday. 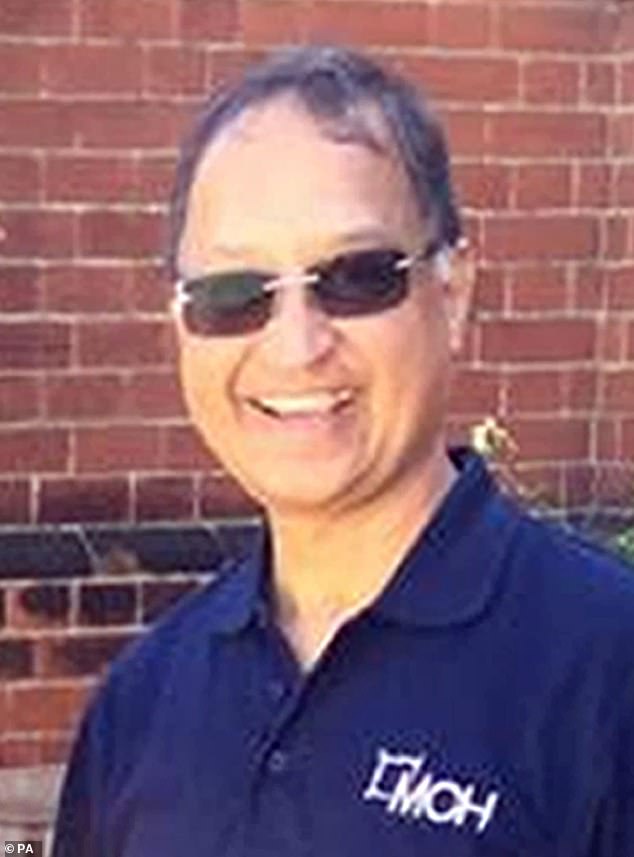 ‘He had been isolating as a vulnerable member of staff due to underlying health conditions, and became ill with coronavirus.

‘Vivek was married with two sons, one due to marry this year. He was a valued member of MCH staff and an occupational therapist by background, and most recently worked in the falls team at Walter Brice Centre.

‘He was a member of EMF (our employee forum), passionate about being a voice and advocate for staff and always happy to help.

‘On behalf of the executive team, the board, and Vivek’s colleagues, we have spoken to his family and expressed our condolences.

‘Our thoughts are with Vivek’s family and friends, with his immediate team, with those who worked closely with him, and with anyone who met and knew him.’

The government is now facing increasing pressure to launch a formal probe into the supply of PPE.

Ministers are today facing fresh criticism on the issue after a vital shipment of protective equipment from Turkey looks set to be delayed again.

The delay in the arrival of the 84-tonne delivery, which includes 400,000 protective gowns, comes amid reports that some hospitals could be on the verge of running out of some equipment.

Medical bodies said shortages meant doctors and nurses would effectively have to choose between exposing themselves to the virus or ‘letting a patient die on their watch’. 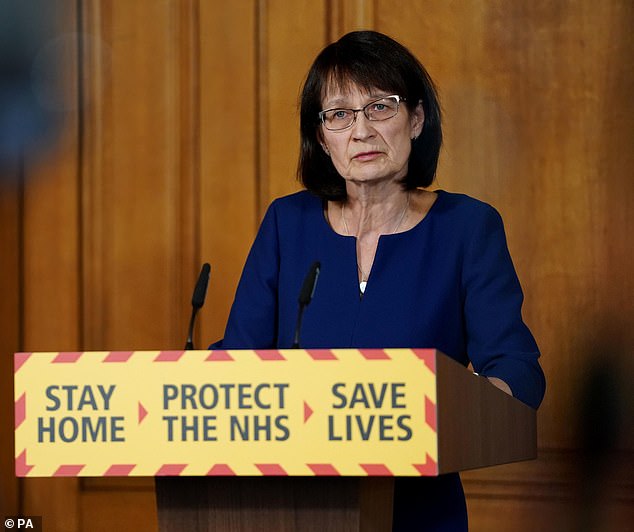 Dr Jenny Harries (pictured) said ‘we could perhaps have a more adult, and more detailed conversation about PPE supplies’ as the government comes under fire over its efforts to protect NHS staff from coronavirus

Responding to Dr Harries’ comments about PPE, Dr Rinesh Parmar of The Doctors’ Association UK told The Guardian: ‘Doctors have indeed been having both ‘adult and detailed conversations’ about the sheer lack of personal protective equipment for months, all of which have fallen on deaf ears.

‘Since late February the Doctors’ Association UK and frontline doctors have been sounding the alarm about potential shortages, which have been met with misplaced reassurances that the UK has sufficient supplies.’

Dr Parmar is now leading demands for a public inquiry, telling LBC Radio: ‘We have been collecting signatures on a petition calling for a full and frank public inquiry into what’s happening with PPE to commence after all this is over with Covid-19 and we’ve had a chance to recover.’

Meanwhile the UK has today announced 450 more coronavirus deaths – the fewest for a fortnight.

England declared 429 deaths, Scotland 12 and Wales nine. Northern Ireland has yet to announce its daily update, and an all-UK round-up with an adjusted total is expected later this afternoon.

The number is a fall on the 596 fatalities announced yesterday, Sunday, and half as many as the day before that (888). It is the lowest number since April 6, when 439 victims were confirmed.

Although the statistics are known to drop after a weekend, the sharp fall adds to growing evidence that the peak of the UK’s epidemic has blown over.