Nice attack: Brazil-born terror victim staggered to café next to church before dying from her wounds

One of the three victims in yesterday’s terror attack on a Catholic church in Nice was a Brazilian mother whose final words were: ‘Tell my children that I love them.’

Simone Barreto Silva, 44, had lived in France for 30 years and had three children, the Brazilian Consulate in Paris confirmed last night.

The mother was stabbed by Tunisian migrant Brahim Aoussaoui, who also hacked  54-year-old sacristan Vincent Loques to death as he prepared for Mass.

The third victim, described by French authorities as an elderly woman, was butchered near the church’s holy water in a beheading attempt.

Simone is said to have staggered to a nearby burger bar before dying of her wounds.

According to local media, her final words were to paramedics who rushed to the scene, telling them: ‘Tell my children that I love them.’

It is not known if she was married or had a partner. Reports in Brazil said she had three sons, however her Facebook profile shows two boys and a girl. Their ages are not known.

Simone Barreto Silva, 44, had lived in France for 30 years and had three children, the Brazilian Consulate in Paris confirmed last night 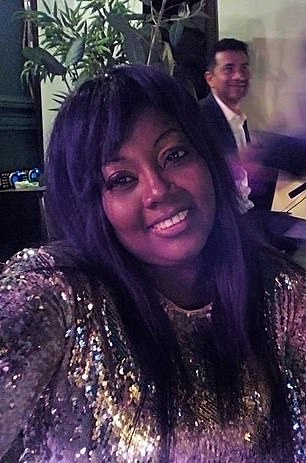 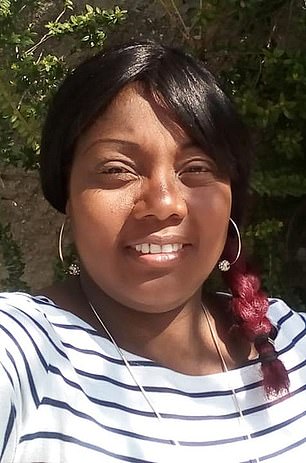 Simone Barreto Silva is said to have staggered to a nearby burger bar before dying of her wounds. According to local media, her final words were to paramedics who rushed to the scene, telling them: ‘Tell my sons that I love them’ 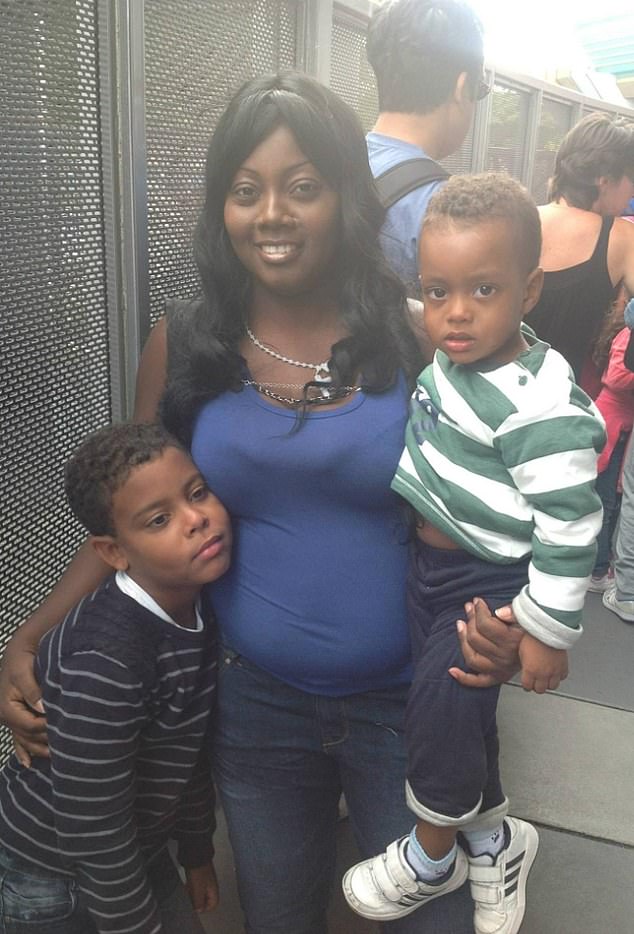 Simone in a photograph from her Facebook page, showing her with two young boys 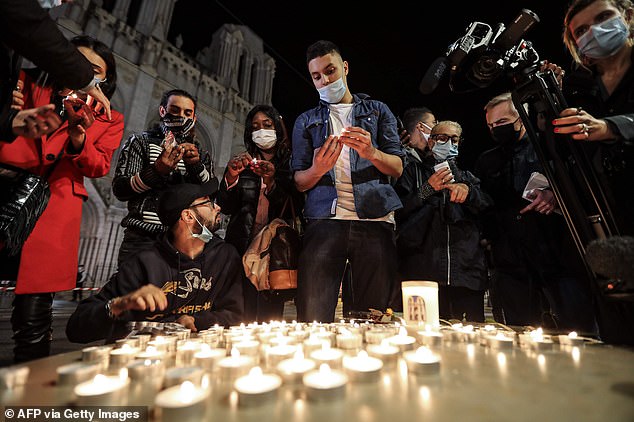 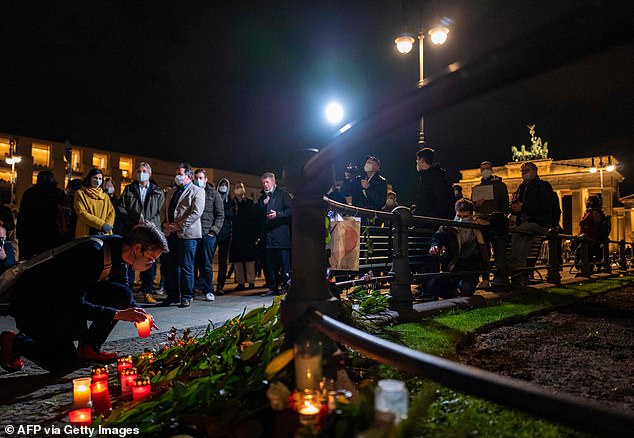 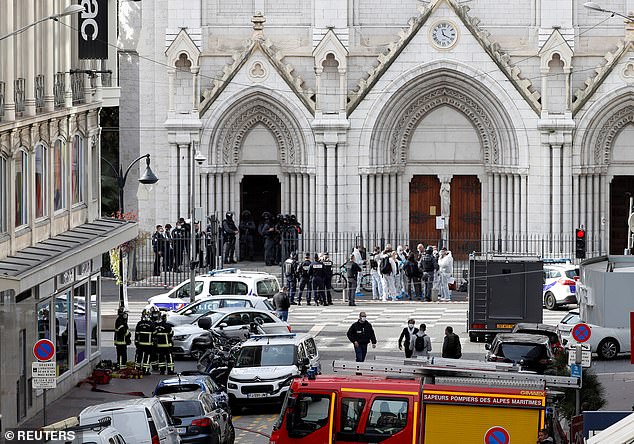 The world watched in horror yesterday as Aoussaoui, who had arrived in Europe on a migrant boat just last month, launched a senseless attack on the basilica.

He shouted ‘Allahu Akbar’ (‘God is greatest’ in Arabic) as he slaughtered the three Christians worshipping ahead of of the Catholic holy day of All Saints Day on Sunday.

The assailant was shot 14 times by armed police as he screamed ‘God is greatest’ in Arabic during the attack and ‘while under medication’ as he was taken to hospital, Nice’s Mayor Christian Estrosi said.

Aoussaoui arrived in Nice at around 6.30am via the railway station, where he quickly changed his clothes, Jean-Francois Ricard told journalists. CCTV showed him arriving in the church at 8.30am and staying there for nearly half an hour.

The assailant entered Europe via the Italian island of Lampedusa on September 20 and arrived in Paris on October 9. The travel information came from a document on Aoussaoui from the Italian Red Cross, Mr Ricard said. 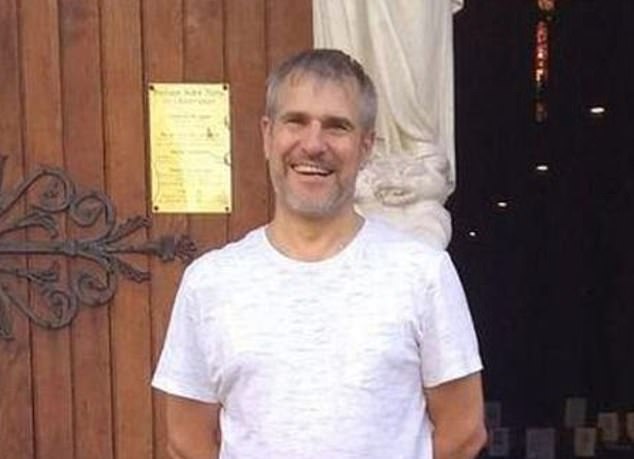 Vincent Loques, 54, a sacristan of the Notre Dame basilica, was brutally killed 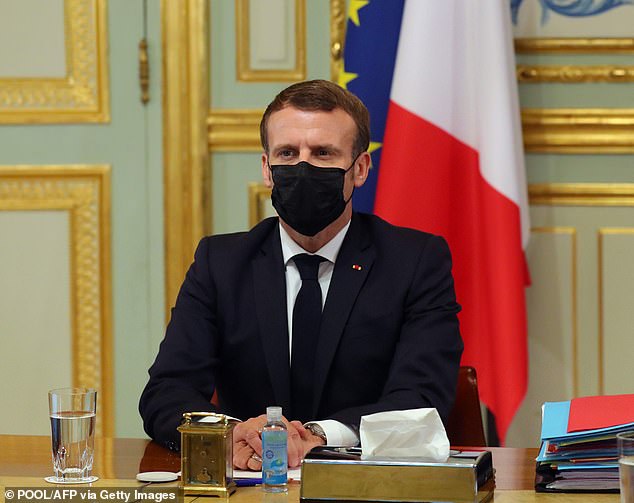 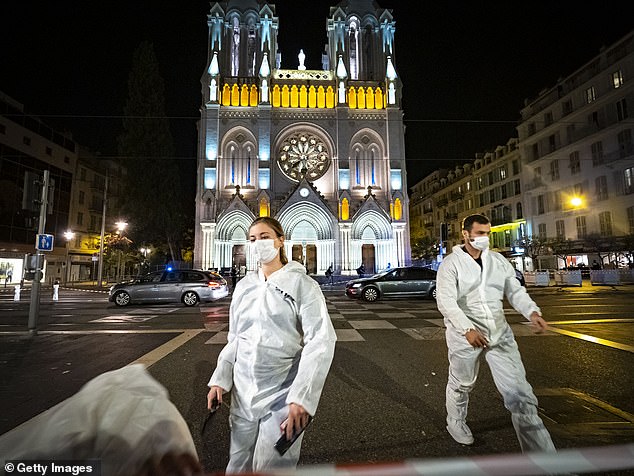 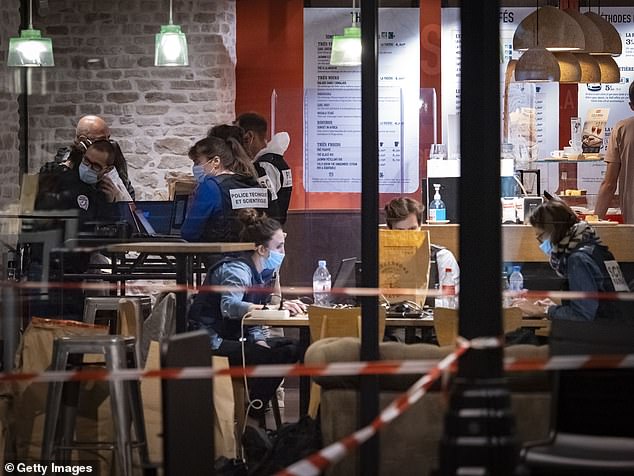 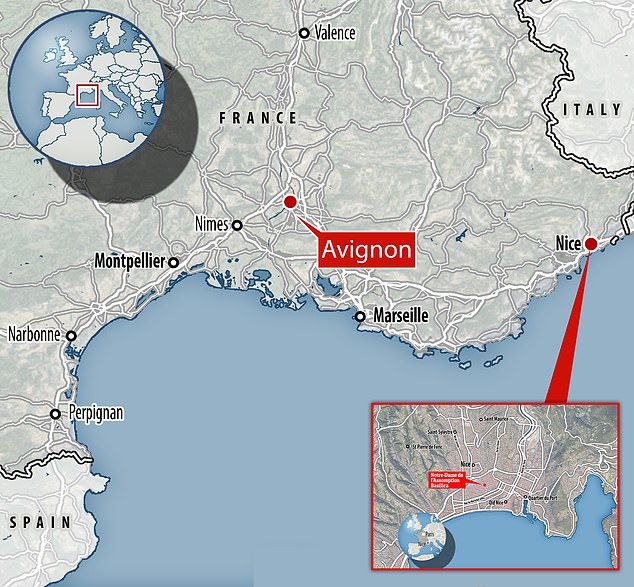 The first attack took place at 9am in Nice, before the second attack in Avignon two hours later. Separately, a guard at the French consulate in Jeddah, Saudi Arabia, was stabbed

Investigators found two unused knives, a Koran and two mobile phones, in addition to a bag with some personal effects. He was unknown to French security services.

The killings prompted the French government to raise the terror alert level to the maximum ’emergency’ level nationwide.

It followed warnings of further terrorist atrocities just days before the church rampage, after Al-Qaeda published a press release calling for ‘jihad’ (holy war) over newspaper Charlie Hebdo’s caricatures of the Propet Mohammed.

Emmanuel Macron announced increased surveillance of churches by France’s Sentinelle military patrols, to be bolstered to 7,000 troops from 3,000.

Mourners attended vigils to pay tribute to the victims of the triple killing. They lit candles  outside the Notre-Dame basilica and the French Embassy in Berlin.

The attack comes amid fury across the Islamic world at President Macron for defending satirical cartoons of the Prophet Mohammed, and on the day that Sunni Muslims mark the Prophet’s birthday.