The health watchdog is calling for roads to be narrowed and driver charge schemes to be introduced to help make people more active.

NICE (National Institute for Health and Care Excellence) has issued guidance urging local authorities to close or restrict roads to reduce the number of vehicles they can hold.

It is also calling for the introduction of road-user charging schemes in areas where traffic is contributing to poor air quality.

Last year, NICE called for traffic to be held for longer at green man crossings to allow the elderly and disabled more time to cross the road.

NICE’s guidance follows previous research suggesting more than a quarter of adults in England are inactive due to them doing less than 30 minutes of physical activity a week.

Aerobic exercise such as walking and running may halt dementia by preventing the brain from shrinking, research suggested in November 2017.

The scientists, from the universities of Western Sydney and Manchester, analysed 14 studies with a total of 737 participants.

The participants were aged between 24 and 76, with an average age of 66.

They were made up of healthy individuals, Alzheimer’s patients and people with mental health problems, such as depression and schizophrenia.

Scans of the participants’ brains were investigated before and after completing exercise, such as walking or treadmill running.

The exercise programmes lasted between three months and two years, with participants completing two to five sessions a week.

Potholes should be repaired and footpaths maintained

Further NICE guidance includes pedestrians and cyclists being given the highest priority when developing or maintaining streets, for instance widening foot paths and introducing bike lanes.

It is also encouraging councils to improve the quality of footpaths by repairing potholes and preventing motorists from parking on pavements.

NICE adds footpaths and cycle routes should be convenient, safe and attractive, as well as being maintained to a high standard, including the removal of any hazards, such as tree roots.

The guidelines also call for additional support for those with limited mobility, including step-free access on public transport and adapted crossings.

It also recommends those planning and designing hospitals and universities should ensure the sites are linked by accessible walking and cycling routes.

Professor Mark Baker, director of the centre for guidelines at NICE, said: ‘Handing back some of the roads to pedestrians and cyclists will help people to become more active.

‘Simple things such as ensuring street lights along footpaths are working and hedges are kept trimmed makes walking a more attractive option, which will lead to people living healthier lives.

‘People with limited mobility need extra help from their surroundings such as adapted crossings, public transport that can be used with a wheelchair and step-free access.

‘With a little thought these measures can be designed into our public spaces to help everyone be more active.’ 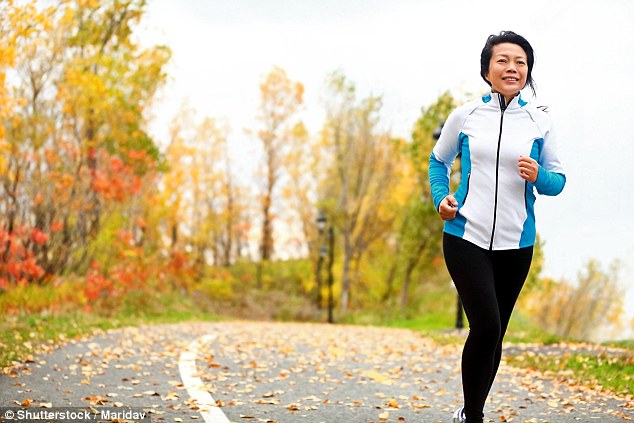 LGA transport spokesman councillor Martin Tett added: ‘This guidance reflects what councils are already striving towards for the benefit of motorists, cyclists and pedestrians, but with significant funding pressures this list of expectations is more idealistic than realistic.

‘Councils have made some progress in tackling the backlog of road repairs, [such as] filling a pothole every 21 seconds.

‘However, increasing traffic levels and more cars on our roads means that Government needs to keep the funding of local roads as a priority in its spending plans to enable councils to embark on the widespread improvement of our roads that is desperately needed.

‘Councils know the environment can play a major role in improving people’s health and wellbeing, and are already taking steps to change the environment by promoting active travel and physical activity, with greater provision and access to green spaces.’