Nicholas Coleridge’s memoir speaks vividly of a vanishing era: not simply the heyday of glossy magazines, but the hegemony of fun, and the assumption that one would attempt to have it in as many situations as possible.

As the long-standing managing director of British Condé Nast – among many other titles – Coleridge deployed guile, graft and a nose for glamour in the service of an industry that clearly can still seduce him: ‘No one has invented a digital way to replicate the gloss and sheen of a printed glossy, or the way that ink shimmers on the page, like moonlight on the surface of a lake.’

The glossies are, however, seducing declining numbers of readers. As Coleridge states, by 2017, ‘the circulations of middle-market glossies were falling like stones into a well’ although the ‘hard-core’ magazines such as Vogue and Tatler were still somehow ‘defying gravity’. The enemy, he observes, is the smartphone, with its stream of validating messages, or ‘likes’. 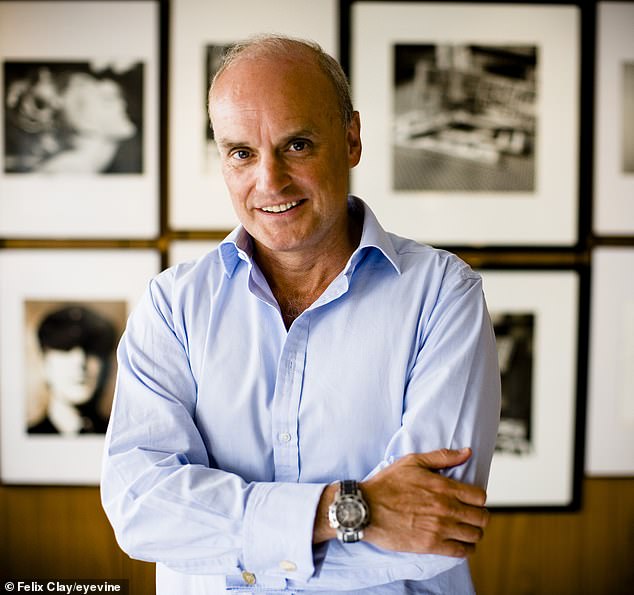 As the long-standing managing director of British Condé Nast, Nicholas Coleridge (above) deployed guile, graft and a nose for glamour in service of the glossy magazine industry

The author was born in 1957 and spent his early years in a Chelsea townhouse in ‘a near-perfect exemplar of happy routine’. This idyll came to an abrupt end when, aged eight, he was sent to board at Ashdown House prep school near East Grinstead.

This difficult time is engrossingly recalled, with an absence of self-pity even when sketching the more deeply disturbing teachers (one of whom inveigled the young Coleridge into climbing a ladder, and then ‘nonchalantly slipped his fingers inside my gym shorts and explored away’).

Eton followed, where fellow members of the Debating Team included Charles Moore, Oliver Letwin and Craig Brown. His first sight of an orange-haired David Bowie playing Starman on Top Of The Pops sparked ‘a lifelong fandom’. Coleridge and Brown set up a club ‘to invite celebrities to the school’ and lured Angie Bowie to eat asparagus in an Eton tea shop. 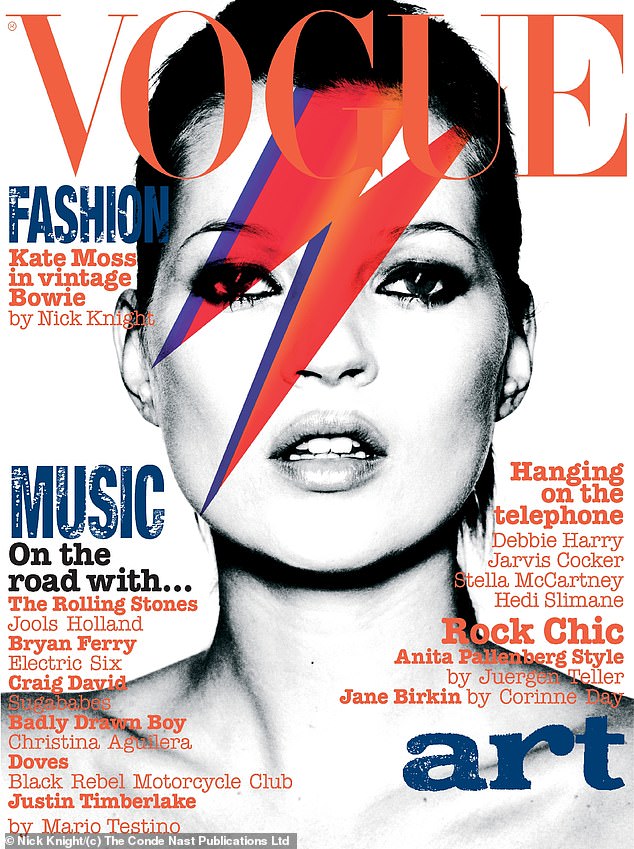 His memoir, The Glossy Years, is not a full obituary for the glossies, but their social influence is certainly waning. Above: Kate Moss on the cover of the May 2003 issue of Vogue

An alertness to the electrical current of charisma was part of what propelled the author from his first, cub-reporter job at the Falmouth Packet to the highest echelons of Condé Nast – and the fact that he said yes to things: parties, speeches, novel-writing, the job of Chairman of the British Fashion Council and later the V&A.

Coleridge is a witty writer, and he can neatly skewer the telling detail. Of a briefly ill-fated family move to Oxfordshire, the phrase ‘Our new neighbours were vehemently hospitable…’ hints wonderfully at social exhaustion. A striking cast of characters – the architects and subjects of the glossies – emerges from his pages.

Coleridge’s first published article, at 15 while still at Eton, was a guide to  surviving teen parties, which he sent, handwritten, to Harpers & Queen.

Sometimes they met untimely ends, such as Tatler’s eccentric fashion director, the ‘fearless and fearful’ Isabella Blow, who killed herself by swallowing weedkiller; or the GQ editor Michael VerMeulen, who died, high on drink and drugs, in bed with a prostitute.

Reading this book is like sitting next to a sharp but generous-hearted raconteur at dinner, although its best passages come with the distilling effect of a little distance – towards the end, like the finale of an Oscar speech, the crush of names can be overwhelming.

It is not a full obituary for the glossies, but their social influence is waning. Bossy, glamorous, capricious, canny and sometimes nutty, each title perfected its own world and made the readers believe in it. I’m not sure the smartphone can ever replace them.

In 1997 a group of archaeologists digging at Bamburgh Castle in Northumberland uncovered a burial site filled with Dark Age skeletons. One particular skeleton made an impression on the archaeologist Paul Gething because of the timing of its discovery: a thunderstorm was brewing, and since it was a Thursday (Thor’s Day in pagan times) he nicknamed the skeleton ‘son of Thunder’. This book, co-written with historian Edoardo Albert, is an attempt to reconstruct the life of this unknown warrior. 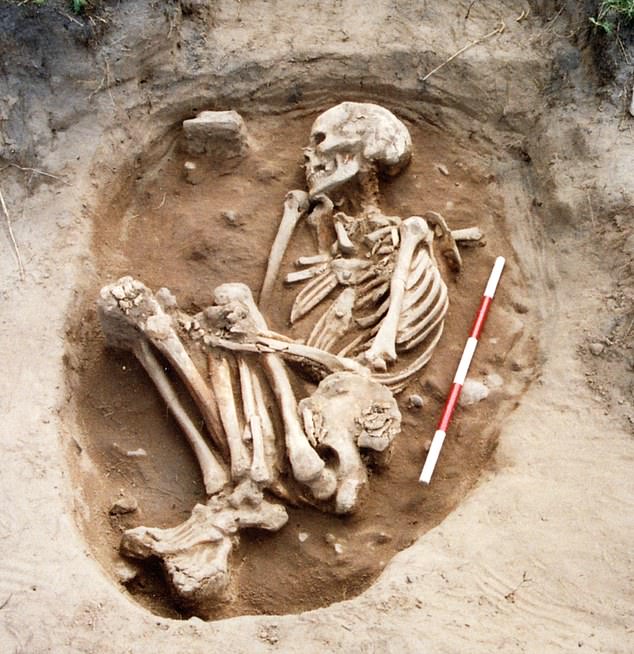 We know he was a warrior because of evidence of musculature detectable in his bones. He was also found with a seax, the distinctive knife that has a permanent echo in the name of the old English people, the Anglo-Saxons.

But he was not an Englishman. Analysis of the bones revealed that he was born near the beginning of the 7th century on the island of Iona, and that he died around the year 635. What brought him from his home in the western isles of Scotland to a new life on the north-east coast of England?

Anglo-Saxon medical skills were advanced: one of their potions, using cropleek and garlic, can be used to treat the MRSA superbug.

The short answer is that we don’t, and never can, know, but the dates and locations strongly suggest that the man was a follower of Oswald, the most famous king of Anglo-Saxon Northumbria.

Oswald sought sanctuary on Iona after the death of his father in battle, and the unknown warrior must have accompanied him when he returned to reclaim his throne.

And he may well have taken part in the decisive battle of Heavenfield, where Oswald killed the powerful Welsh king Cadwallon and ensured that the North would remain English.

It’s all speculation, but the story is so stirringly told, and the past so vividly evoked, that the reader is left believing it must be true.

Under Pressure: Living Life And Avoiding Death On A Nuclear Submarine

Like many, my perception of life on board a submarine has been influenced by seeing the brilliant German drama Das Boot: tense, heroic and thrilling. The reality, one learns in this memoir by a former submariner, is anything but: oppressive, fetid and monotonous.

In 1985, aged 17, Richard Humphreys joined the Royal Navy. For five years, in the dying days of the Cold War, he served aboard HMS Resolution, part of Britain’s Polaris nuclear deterrent system, cruising the ocean’s floors for up to 90 days at a time. 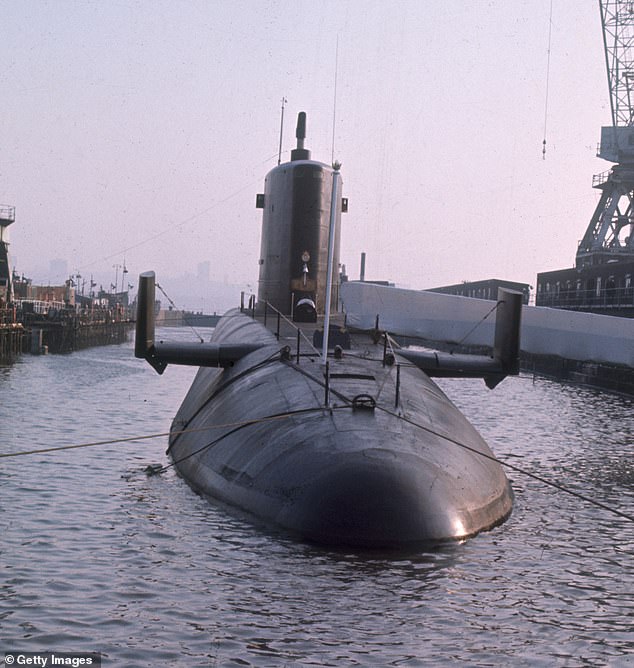 Keeping the technical stuff to a minimum, Humphreys focuses on everyday life for the 143-strong crew: the watch changes, cinema nights, lack of privacy, artificial light, and sleep deprivation.

His prose is breezy and full of expletives; he revels in the jargon. Only the fact that the crew are living alongside weapons of mass destruction saves his account from banality.

Some of the detail is interesting: 5,000 toilet rolls and two miles of sausages are required per voyage, but what I really wanted to know – why anyone would willingly put themself through such an ordeal – this book fails to answer.