Alyssa Scott continues to mourn the loss of her and Nick Cannon’s son Zen by sharing about how much her life has changed in the year since he went to the hospital for brain surgery.

On Friday, the model took to Instagram and recalled the harrowing events that played out on August 12, 2021.

‘I can’t believe it’s been a year since what I thought would be a quick doctor visit turned into a 5 day hospital stay,’ Scott wrote over a picture of their baby boy wrapped up in a blue blanket.

One year later: Alyssa Scott continues to mourn the loss of her and Nick Cannon’s son Zen by sharing about how much her life has changed in the year since he went to the hospital for brain surgery 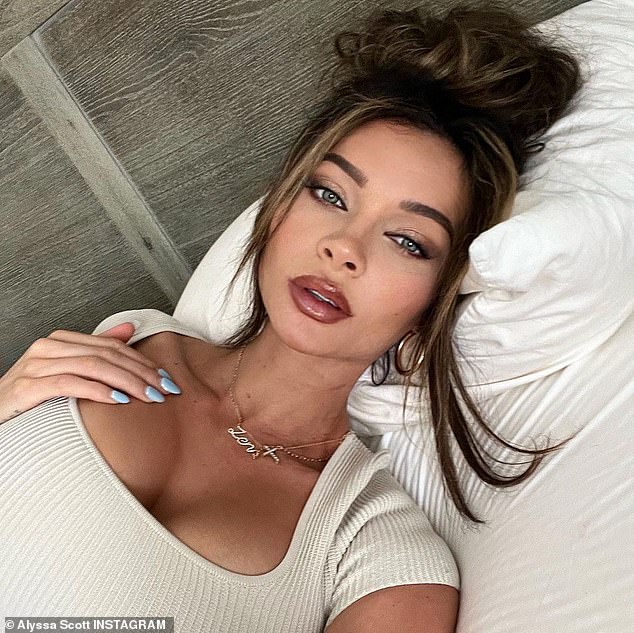 A mother’s anguish: Scott chronicled the day she brought in her son for what she ‘thought would be a quick doctor visit but turned into a five day hospital stay’ and brain surgery

Scott went on to share how things were changing at a fast pace that frightful day, and that it soon turned into an emergency situation.

‘We showed up at 9 and by 11:30 Zen was having brain surgery at 8 weeks old,’ she continued. Zen later died of a brain tumor on December 5 at just five-months-old.

‘I will never be the same. My body feels it. I’ve been on the verge of tears the last few days. Trying to keep a forward momentum. I miss my boy.’ 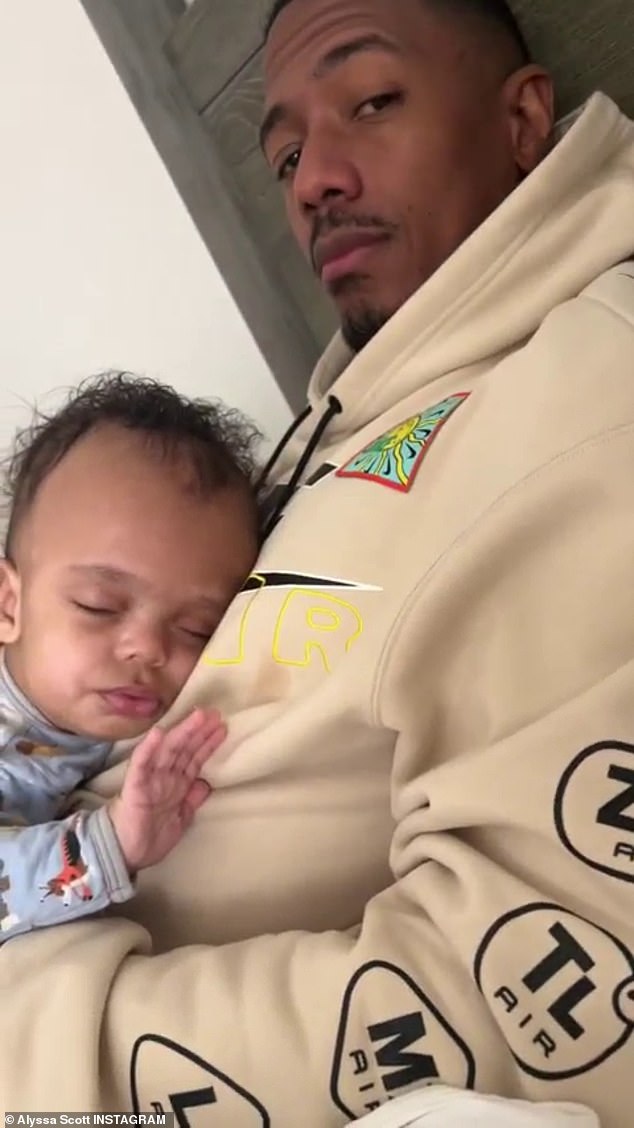 Heartbreaking: Zen was just eight-weeks-old when he was brought in for a doctor’s visit for what they thought was just a sinus problem; Cannon is pictured with his late son 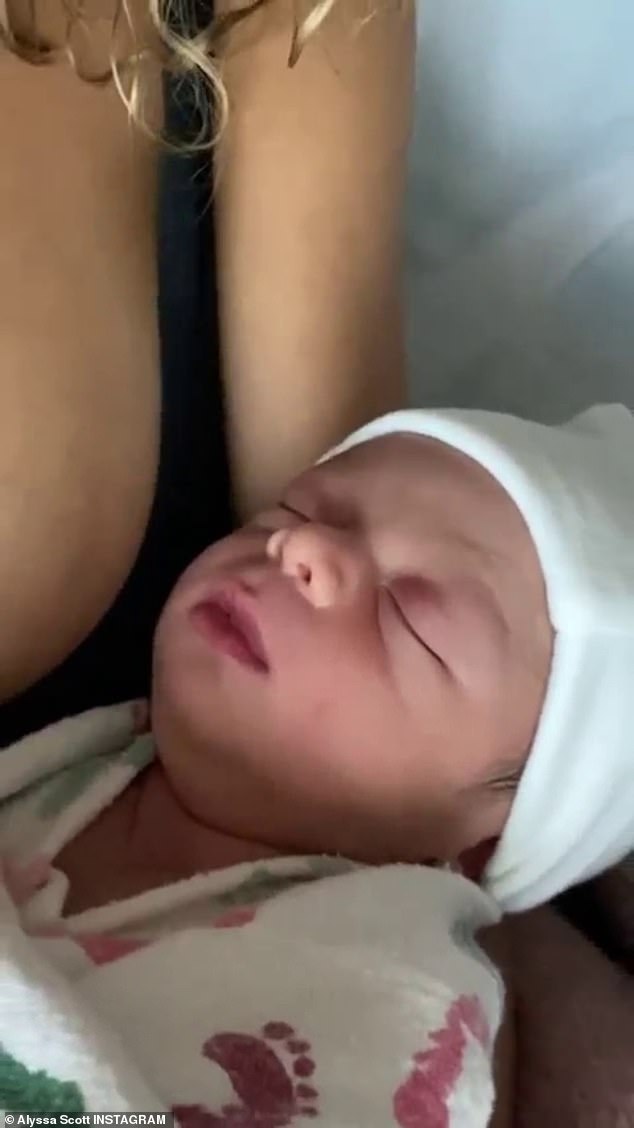 Birthday tribute: Back in June, Scott paid tribute to her baby boy by sharing a video of Zen on Instagram on what would have been his first birthday

Back in June, Scott paid tribute to her baby boy by sharing a video of Zen on Instagram on what would have been his first birthday.

‘Happy heavenly birthday Zen. At the root of all the emotions I have today there is insurmountable love. she began in the caption of the clip that begins with proud mother cradling her son as a newborn.

‘I always try my best to remain positive but right now I can’t help but cry out ‘it’s not suppose to be like this’. In my mind I can see him smashing his cake and crawling around, tugging at my legs. But the reality is I will be the one to blow out his first candle. I will be wishing he was still here with us. GO REST HIGH.’

Cannon would repost Scott’s tribute, adding in the caption: ‘The loving, nurturing, irrefrangible, and strength-filled Amazing Mother [Alyssa] said it way better than I could ever.’ 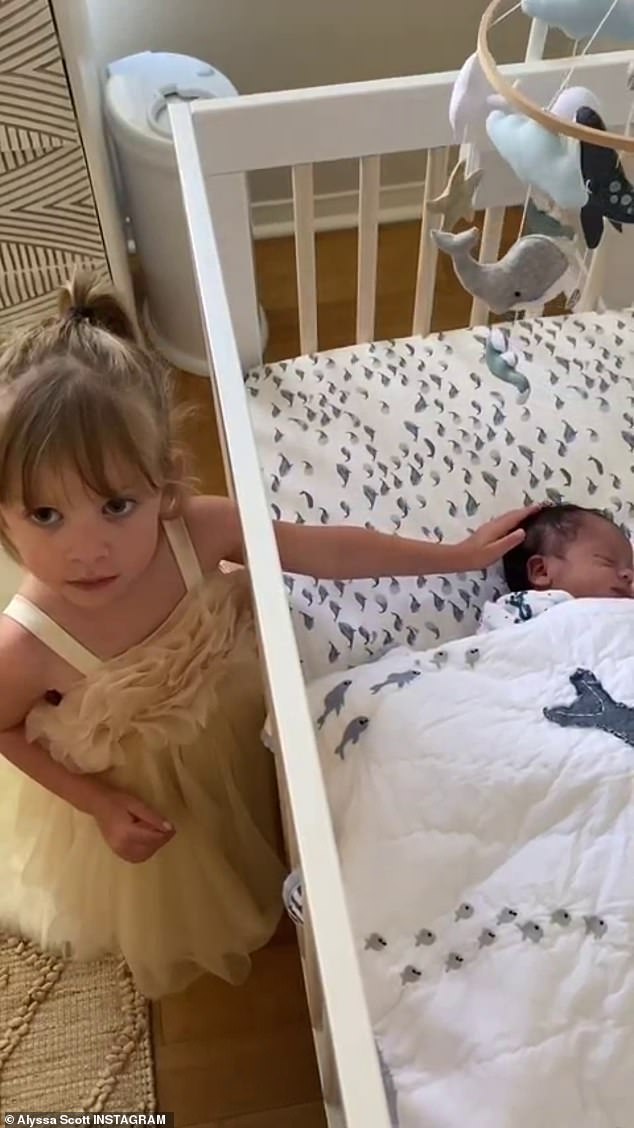 Family matters: The birthday tribute to Zen featured a series of shots of the young boy, including one where his older sister was showing him some love 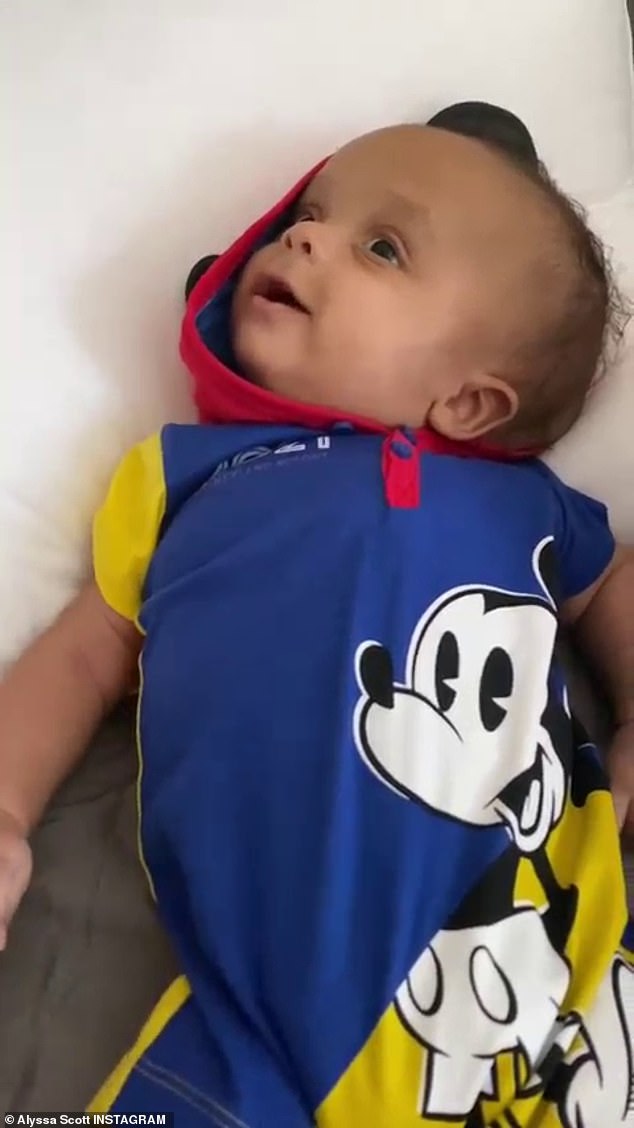 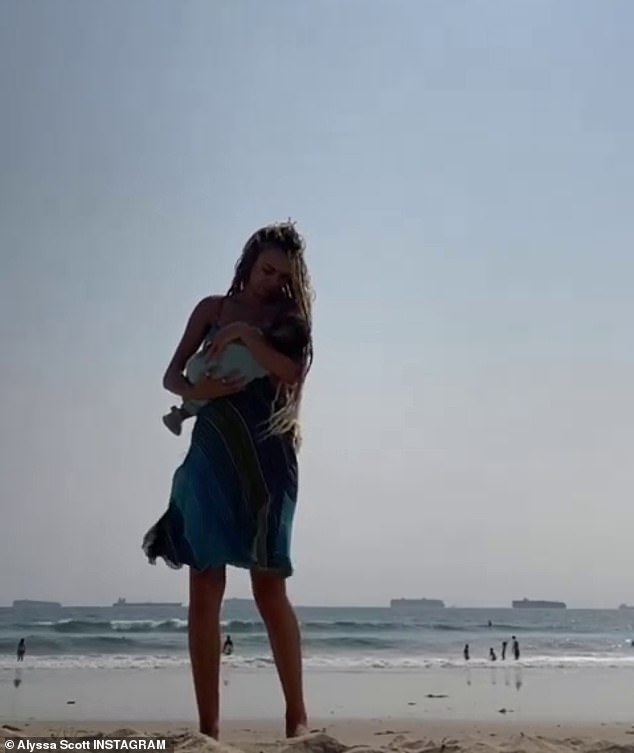 Scenic: Scott cradled her son in her arms while walking along the beach in the birthday video

As part of his birthday tribute, Scott and Cannon reunited for a lighting ceremony that served as a reminder of their angel, and to announce the launch of a charity in his name.

‘Zen’s birth has now transformed into ‘Zen’s Light’. We are proud to announce his new foundation that will help so many others in this world,’ they captioned a photo taken at the event. ‘Zen’s Light mission is to foster global excellence in hope, grief-care, and pediatric healthcare for families and children in need.

They concluded the post by thanking everyone who attended the inaugural event, ‘specifically the Children’s Hospital of Orange County and our other beautiful partners. Can’t wait for next year where our Lighting Gala will continue grow to help find a cure for pediatric Cancer, further research and help console more families during difficult times.’

New charity: In June, Cannon and Scott reunited for a lighting ceremony that served as a reminder of their angel, and to announce the launch of a charity in his name: ‘Zen’s Light’

Cannon revealed that he and Scott had thought Zen was having sinus issues, so they took him in for that doctor’s visit.

It turned out he was suffering from a condition called  hydrocephalus, which is an abnormal buildup of fluid in the ventricles (cavities) deep within the brain, according to the National InstituteOf Neurological Disorders And Stroke.

He was also diagnosed with a malignant tumor in his head, so he was rushed in for surgery. Zen made it out of surgery but his health began to deteriorate around Thanksgiving, and ultimately he passed away on December 5. 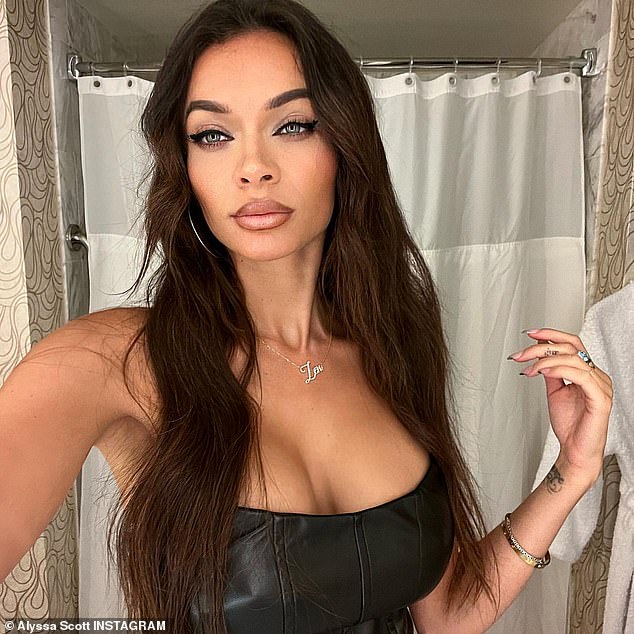 Parent’s worst nightmare: Scott revealed that she and Canon knew ‘Zen’s time on earth would be limited’ in a previous Instagram post

‘We knew since August that Zen’s time on this earth would be limited. We knew he would not make it to see 6 months,’ Scott previous shared in an Instagram post. ‘I am eternally grateful he was in the arms of the people who loved him most.’

In addition to Zen, Cannon is also the proud father to 11-year-old twins Monroe and Moroccan with ex-wife Mariah Carey, Golden ‘Sagon’ and Powerful Queen with Brittany Bell, and twins Zion Mixolydian and Zillion Heir with Abby De La Rosa. He most recently welcomed his eighth child, Legendary Love, with Bre Tiesi on June 28. 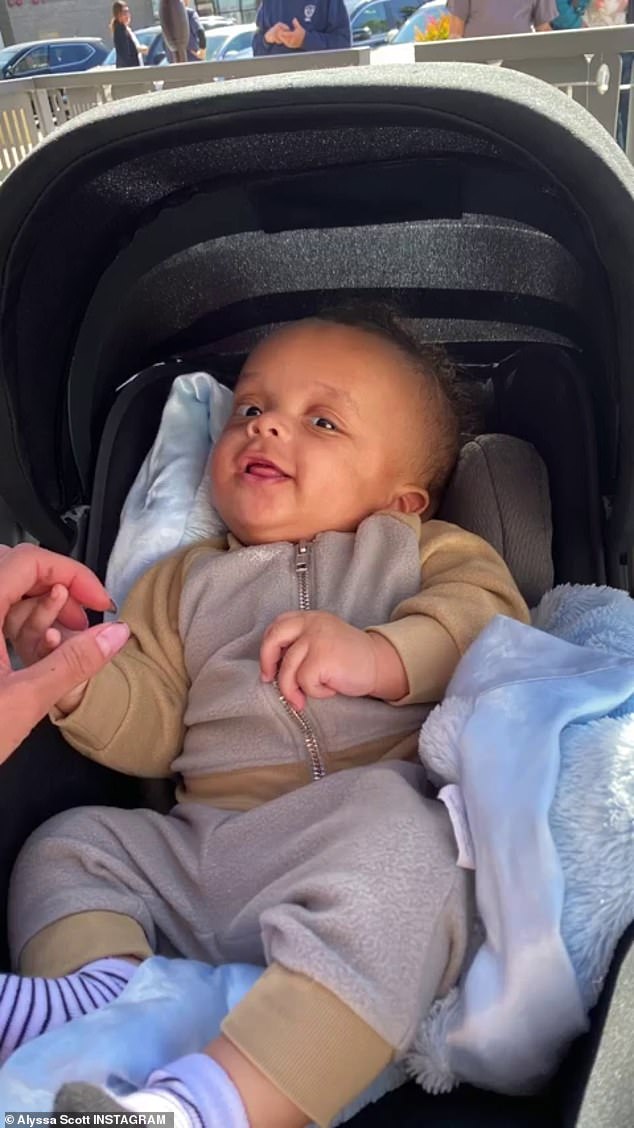 Diagnosis: It turned out Zen was diagnosed with a malignant tumor in his head and a condition called hydrocephalus, which is an abnormal buildup of fluid in the ventricles (cavities) deep within the brain; Zen ultimately passed away on December 5, 2021