Nick Cummins refuses to kiss Rhiannon Doherty on The Bachelor

Wednesday night’s episode of The Bachelor featured one of the most cringe-worthy moments in the franchise’s long history.

Contestant Rhiannon Doherty, 27, was reduced to tears and consoled by a producer after Nick ‘The Honey Badger’ Cummins rejected her repeated offers of a kiss.

‘It’s f**king awkward! I’d rather not be here if he doesn’t feeling anything!’ she sobbed to a crew member after her single date with the ex-footballer ended badly.

Is this the most desperate moment in Bachelor history? On Wednesday night’s episode of The Bachelor, Rhiannon Doherty repeatedly asked Nick Cummins to kiss before being brutally rejected

Rhiannon’s wince-inducing rejection occurred towards the end of an otherwise successful date.

The pair had been hot air ballooning and spent some talking on a couch, before Nick presented her with a red rose. 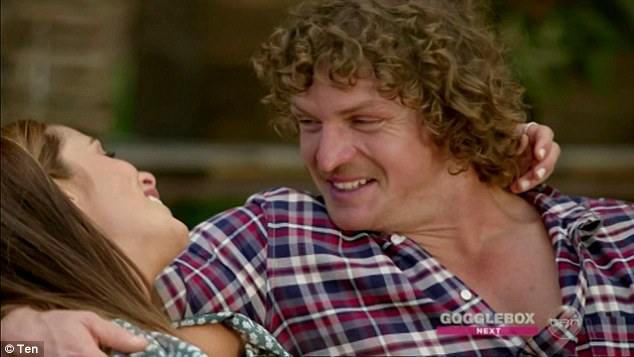 Feeling uncomfortable? Nick looked extremely awkward as Rhiannon repeatedly asked whether he wanted to kiss her

Clearly feeling flustered and nervous, she continued: ‘I do want to, but it’s, like…I do want to. I want to ask so it’s not, like… ‘

She then stated: ‘Did I just really say that out loud?’

Nick laughed uncomfortably, before Rhiannon asked:  ‘What? You don’t want to (kiss)?’ 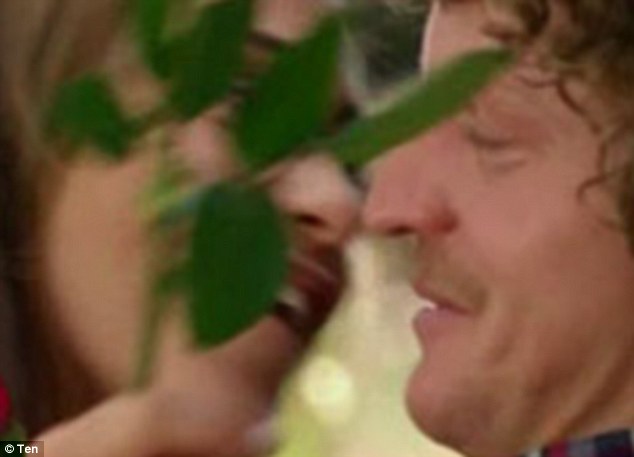 Lean in! Nick appeared to move away as Rhiannon moved in after asking if he wanted to kiss her ‘Let me hold you for a bit’: Nick offered to hug Rhiannon rather than accept her offers to kiss

She then asked again: ‘Do you want to kiss? Yes?’

‘Let me hold you for a bit,’ Nick awkwardly replied before meekly kissing her on the cheek.

Clearly shutting down Rhiannon’s repeated advances, he said to her: ‘I look forward to what’s to come. We’re going to hopefully grow on this, eh?’ 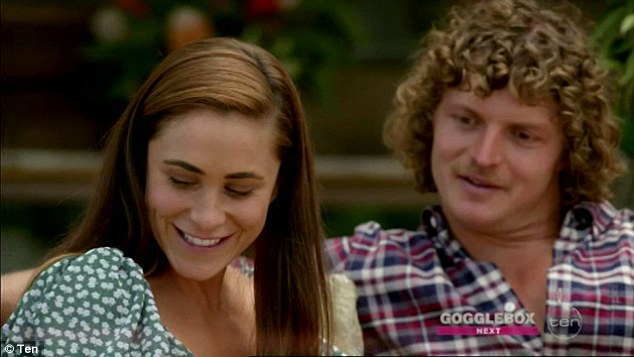 ‘We’re going to hopefully grow on this’: Rhiannon was rejected in the wince-inducing scene