Nick Knowles has revealed that he struggled with long Covid for 10 months after being struck down with the virus at the start of the pandemic.

The DIY SOS host, 59, revealed he kept his chronic fatigue a secret over the fear that he could lose work, and even had to rest halfway up a ladder while filming a TV project.

Long Covid is an umbrella term for a range of persistent symptoms that can linger for months after someone has fought off Covid-19.

Health scare: Nick Knowles has revealed that he struggled with long Covid for 10 months after being struck down with the virus at the start of the pandemic

Speaking on Tuesday’s Lorraine, Nick revealed: ‘I had Covid really bad right at the start of lockdown I got it pretty bad. I tried to go back into exercise too soon.

‘I had what my doctor’s described it as Long Covid for 10 months afterwards. I didn’t wanna tell anyone because I didn’t wanna not get bookings for work.’

The presenter also explained how he actively hid his symptoms, revealing: ‘I had to take a break climbing a ladder and pretend I was just taking the view!’ 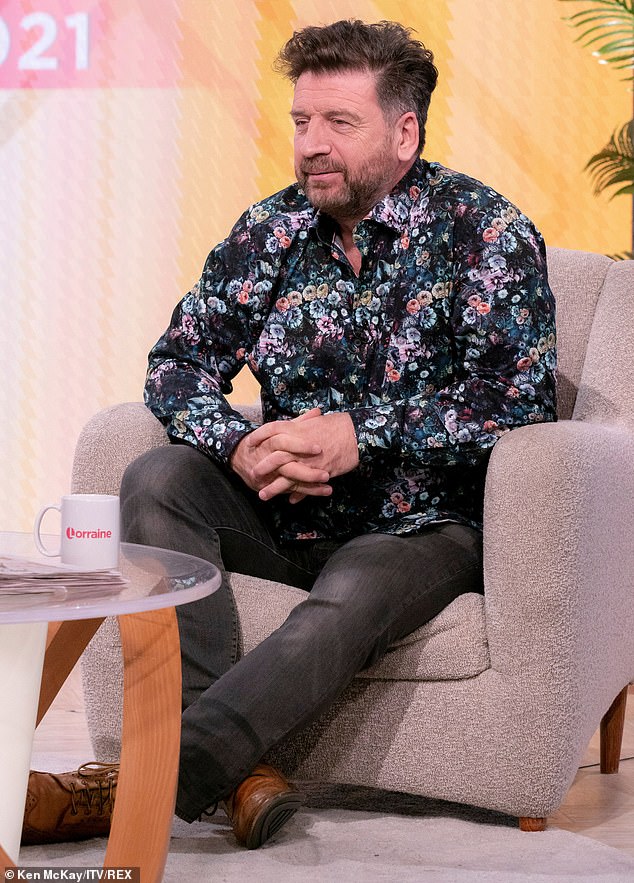 Real talk: The DIY SOS host appeared on Lorraine, where he admitted that he would have to rest half-way up climbing a ladder, and pretend to be taking in the view to hide his exhaustion 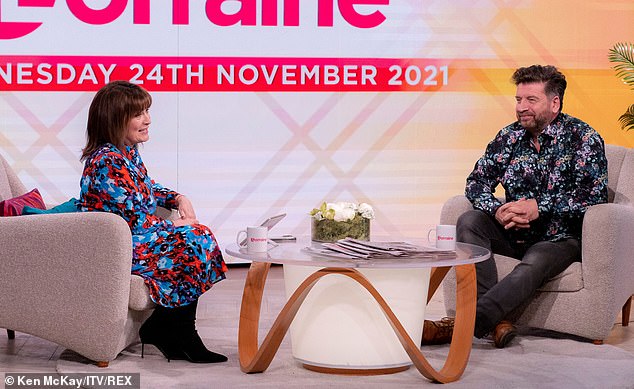 WHAT ARE THE LONG-TERM SYMPTOMS OF COVID-19?

The causes of the condition remain unknown and several studies are being conducted to examine long-term effects.

Back in June, the NHS opened over 80 long Covid assessment services across England to tackle the growing number of patients with the condition. It announced plans last week to give £30 million to help GPs improve diagnosis and care.

Health and Social Care Secretary, Matt Hancock said at the time: ‘Long Covid can have a lasting and debilitating impact on the lives of those affected.

‘We are learning more about long Covid all the time and have made £50 million of research funding available to support innovative projects, with clinics established across the country to help improve the treatment available.’

Nick’s Long Covid revelation comes after he revealed that he piled on four stone during the coronavirus lockdown.

Last week, the DIY: SOS host admitted that his weight crept up to 18 stone after he quit his fitness training and ate ‘all the pies’, with the star describing himself as ‘massive’.

However, Nick plans to shift the weight and has already made progress with his fitness, having shed two stone so far.

Speaking to The Mirror of his weight gain, he said: ‘I’ve made a living by looking like a bag of spanners on TV. I’m 18 stone, I’m massive.

The TV personality explained how in the first UK lockdown, which started in March 2020, he stopped fitness training while he focused on writing.

He also joined the legions of people in making banana bread at home, as well as gorging on pies.

Last November, Nick was cruelly trolled as he donned a wetsuit for the DIY SOS Children In Need Special.

When asked if the comments affected him, he said in an interview on BBC’s Morning Live: ‘No because the thing is I put on a lot of weight during the first lockdown.

‘I couldn’t do any training, I was doing a lot of writing, a lot of banana bread and I grew a big beard and stayed in and I wrote a lot.

‘So when I came to do the shoot I thought ‘I’ll tidy myself up’ and then actually no because so many people, not everybody, did the Joe Wicks thing, not everyone spends half their life in the gym.

‘Some people put on a lot of weight and I thought do you know what, first start of the show, let’s start with that straight away.’ 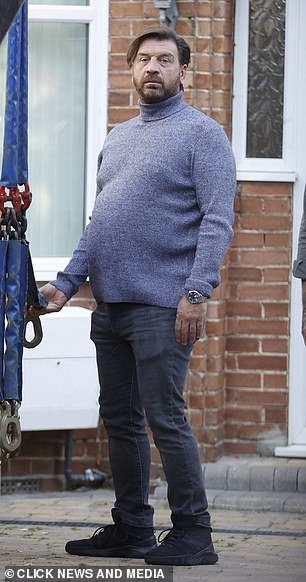 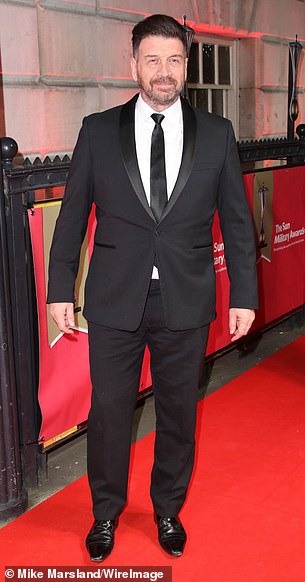 Weight gain: Last week, Nick revealed that he piled on four stone during the coronavirus lockdown (pictured left in August and right pre-lockdown in February 2020)