Nick Kyrgios crashes out of US Open at first round stage

Another premature Grand Slam defeat, another injury, and another searing self-examination from the mercurial Nick Kyrgios.

The No 14 seed went down to fellow Australian John Millman at the US Open and then admitted – not for the first time – that he lacks the commitment to tennis necessary to fulfil his enormous potential.

Having collected a shoulder injury, and a point penalty for swearing and racket smashing, in losing 6-3, 1-6, 6-4, 6-1 he castigated himself for letting down his coach, Sebastian Grosjean. 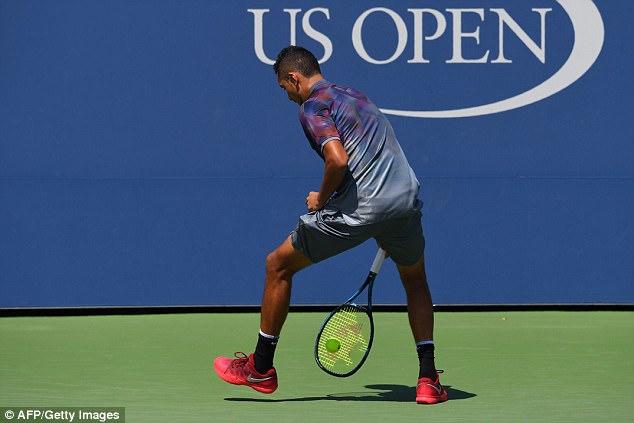 ‘I’m not good enough for him,’ said Kyrgios, who reached the final of the Masters event in Cincinnati earlier this month.

‘He’s very dedicated. He’s an unbelievable coach. He probably deserves a player that is more dedicated to the game than I am.

‘He deserves a better athlete than me. I’m not dedicated to the game at all. He’s helped me a lot, especially with the training.

‘But you know what I mean. There are players out there that are more dedicated, that want to get better, that strive to get better every day, the one-percenters. I’m not that guy. 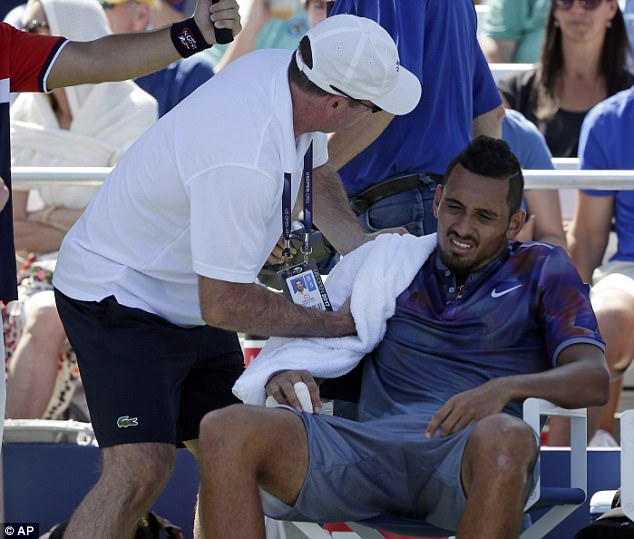 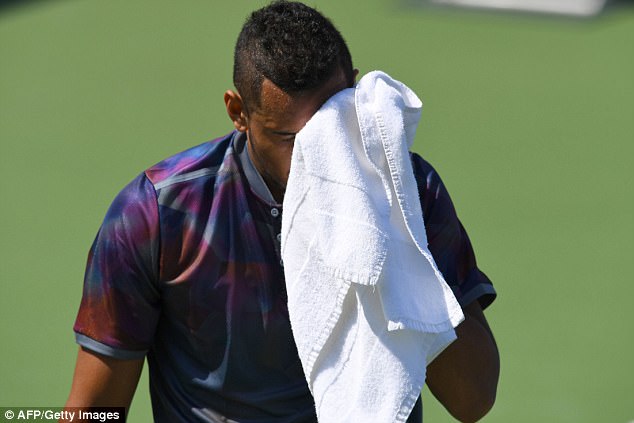 Asked whether he was inclined to change his way he replied: ‘I really don’t know. Probably not, honestly not.

‘I have had a diabolical year at these Slams. It doesn’t surprise me. The last three months have been a nightmare, really.’

Despite that he enjoyed a good run in Cincinnati, where he reckons he was less professional than had been in the run-up to Flushing Meadows.

‘In Cincinnati, I was not doing anything different. I was probably less dedicated than I was this week. I was playing basketball every day for two hours.

‘I played an hour of basketball before I played David Ferrer in the semi final. I was going to this ice cream place getting a milk shake every day. I was less dedicated. 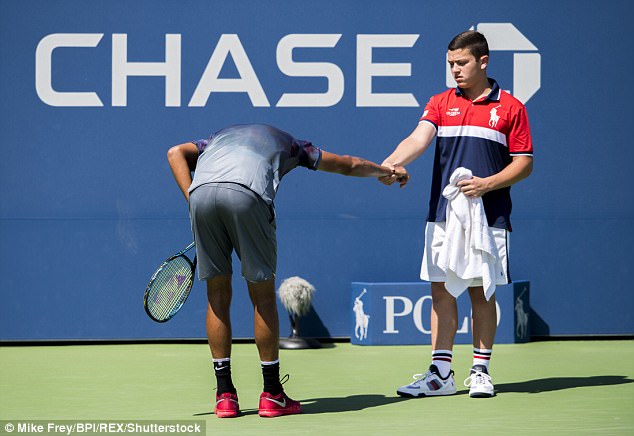 ‘And this week I was dedicated, and my shoulder starts hurting. I don’t know.

‘Obviously I’m disappointed I lost today. It’s not the end of the world. I will get over it in probably half an hour. I will get food and watch the matches.

‘It’s just the story of my career, really. I will have good weeks; I’ll have bad weeks. It’s just a roller-coaster.’

Kyrgios had looked sharp in the second set, sometimes putting in second serves at 130mph before he felt something go in the third and called on the physio for treatment.

‘My arm felt numb. What else do you want me to say? My arm is not broken, but it was sore.’

Kyrgios, who has failed to get past the second round in a Grand Slam this season, added that he still hopes to play for Australia in their Davis Cup semi-final against Belgium which follows the US Open. 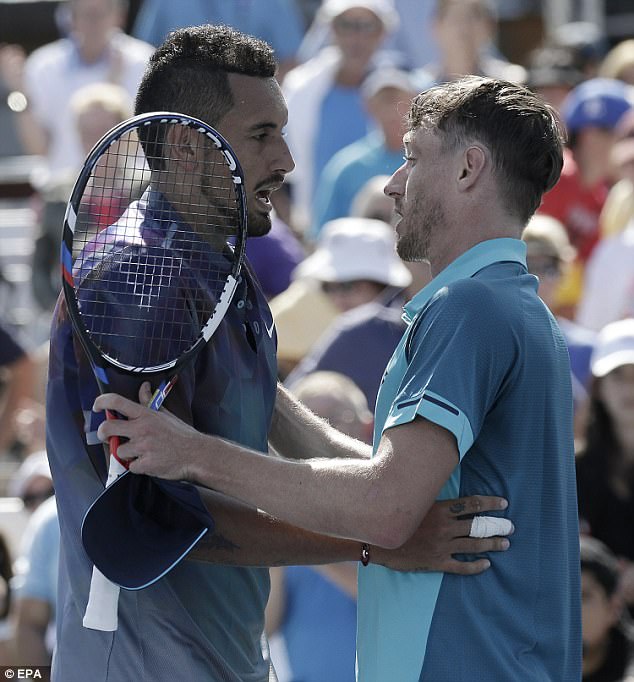