Nick Kyrgios has delivered one more ace away from the court following his Round of 16 loss to Rafael Nadal at the Australian Open.

In an extremely close match at Melbourne Park on Monday night, Nadal snatched victory in the fourth set tiebreaker despite Kyrgios being in form and serving 25 aces.

Kyrgios, however, still had his sense of humour, serving up one of his trademark cheeky comments during the post match press conference.

When asked to compare his current form to 2015 when he made it to the Australian Open quarter finals, Kyrgios said he thought he was playing better this time around.

Kyrgios retained his sense of humour despite a fourth round loss to Rafael Nadal at the Australian Open, serving up a comment towards Alexander Zverev at a post match press conference on Monday 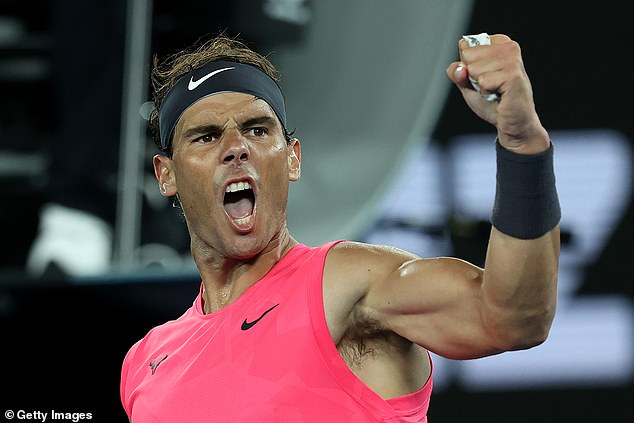 ‘But, I mean, looking how far I’ve come, I guess there were only 15 players better than me in the draw. That was for Zverev, but that was a joke.’

A grinning Kyrgios was hitting back at a comment world number seven ranked Alexander Zverev made before the tournament.

‘I think there are a lot of young guys that are right now, no offence, just better than him,’ the German had said.

‘Over five sets you need to be consistent. It’s not a three-set match where you can win in an hour and twenty and get off the court.’

‘To beat the best out there [in a grand slam] you need to play at your best for a longer period of time.’

Zverev will join Nadal in the Quarter Finals after defeating Andrey Rublev on Monday. 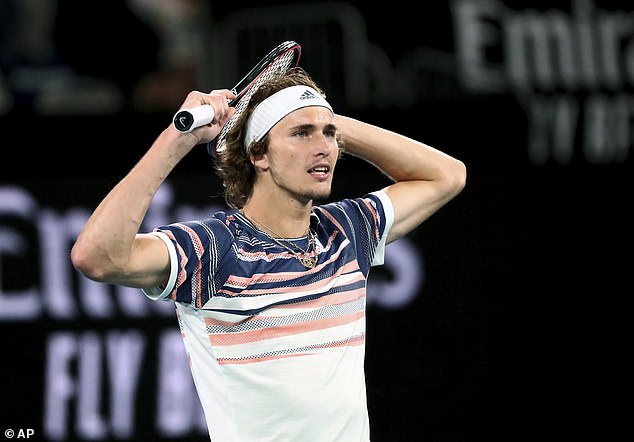 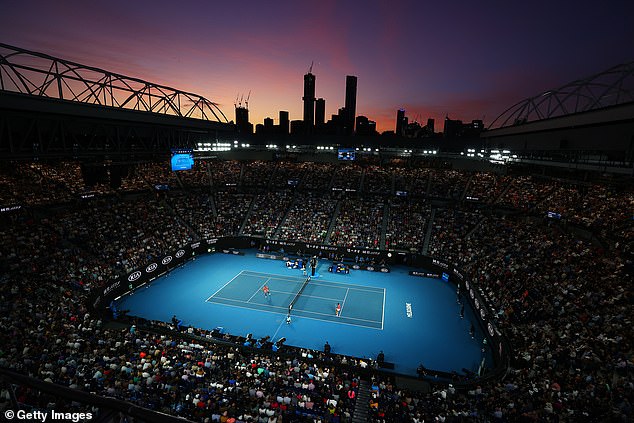 Continuing to display a more mature attitude than his earlier tennis days, Kyrgios also threw his support behind Ash Barty at his post match press conference.

‘She’s been dealing with expectation for as long as I’ve known. She was killing it in juniors, then she stepped away from the game to sort her life out, her mind out. Then she came back and she’s killing it,’ he said.

‘I mean, I think she’s probably the favourite at this stage to win the slam the way she’s playing.’

‘I want her to win it. I think it’s awesome we have an Aussie doing that well. I mean, she’ll do fine. Just don’t put too much expectation on her.’

Ash Barty is set to play Petra Kvitova, from the Czech Republic, in the women’s quarter finals on Tuesday. 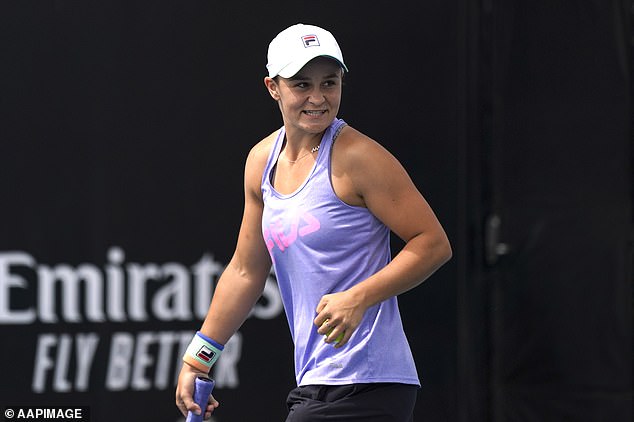 Ash Barty is set to play Petra Kvitova, from the Czech Republic, in the women’s quarter finals on Tuesday