The 26-year-old Aussie is currently isolating after testing positive to Covid just one week out from the Australian Open.

While his place in the tournament remains in serious doubt, the Serbian world No. 1 is free to take part after the Federal Circuit Court ruled he be released from immigration detention following a legal battle with the Australian government over his visa.

‘I feel quite embarrassed as an Australian athlete that has seen what this guy has done,’ Kyrgios said of the 20-time Grand Slam winner.

‘For us and the sport I just don’t think it is right how we are handling it.’

The vaccine sceptic, who contracted Covid for the second time in December, was denied a visa to enter Australia on January 6 by a Border Force official when he landed in Melbourne.

Djokovic had been granted a medical exemption by Tennis Australia. He believed he had met criteria set by Australia’s advisory board on immunisation and been given a federal government declaration he could travel.

Mr Joyce had supported the decision to give Djokovic the boot. However, Djokovic took his case to the Federal Circuit Court where Judge Anthony Kelly quashed the cancellation of his visa on Monday.

Judge Kelly found that tearing up Djokovic’s visa had been unreasonable and he had not been given enough time by Australian Border Force officials to respond. 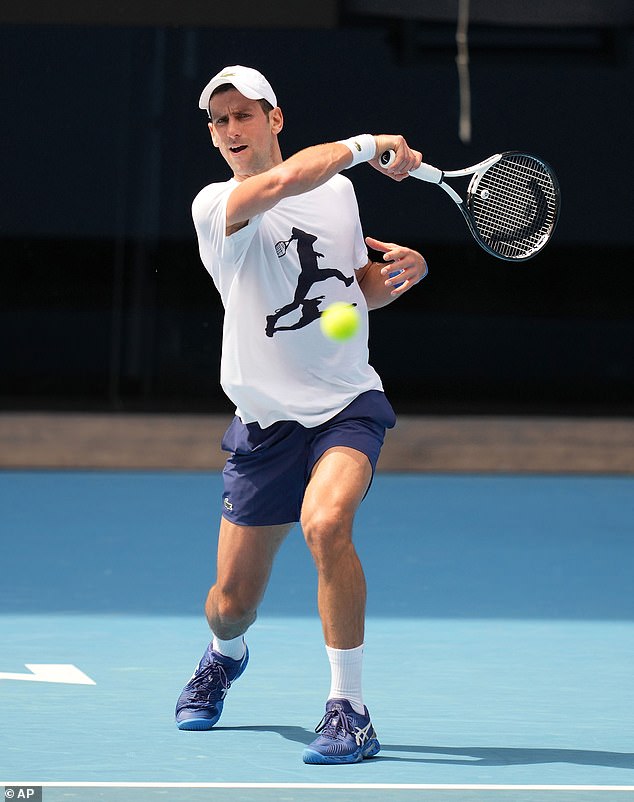 The Serbian tennis pro has expressed his thanks to the judge as well as fans for standing by him (pictured, Djokovic practicing at the Rod Laver Arena on Tuesday) 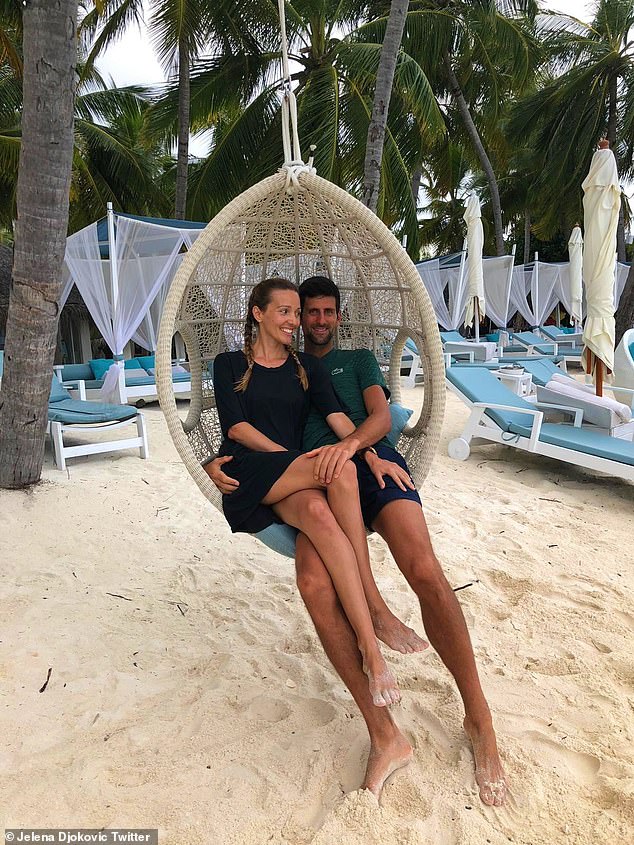 Although Immigration Minister Alex Hawke still has the power to deport the nine-time Australian Open winner using his discretionary powers, such an unprecedented diplomatic move is thought to be unlikely as it would further embarrass the Morrison government.

Kyrgios, who is now ranked 114, will battle to make the first round of the Aussie Grand Slam after pulling out of the Sydney Tennis Classic.

‘I actually don’t feel too bad at the moment. I’m taking all necessary precautions,’ he said.

‘It’s obviously not ideal a week out from the Aus Open but I’m going to do everything in my power to feel okay and get out there and hopefully put on a show.’ 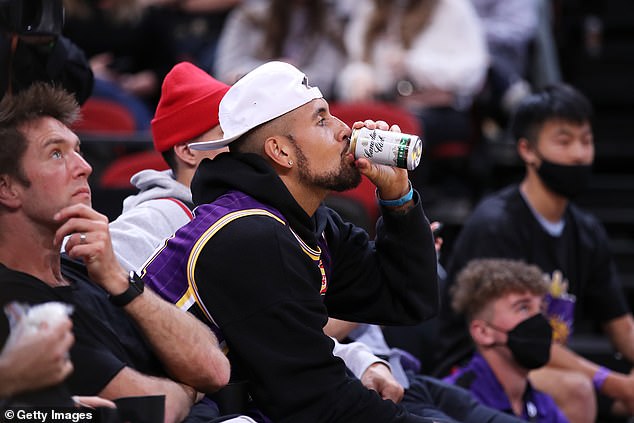 Kyrgios, who is now ranked 114, (pictured in November) will battle to make the first round of the Aussie Grand Slam after pulling out of the Sydney Tennis Classic

The tennis bad boy added that he doesn’t want his positive test to detract from the rest of the tournament.

‘I just don’t want this to take away from the Australian summer of tennis. We have had a lot of great results and a lot of other Aussies are doing really well,’ he said.

‘We know that the media like to create s**t storms with my story and everything going on with Novak.’

Round one of the Australian Open starts on January 17.