Nick Kyrgios sweated out a 7-5 2-6 6-4 6-2 win over Radu Albot to reach the second round of the US Open, then the fiery Australian put the heat on officials to come up with an extreme conditions rule instead of making one up on the fly.

With temperatures soaring above 32 degrees Celsius amid crushing humidity, the United States Tennis Association (USTA) said a 10-minute heat break granted to women players before a third set would be extended to the men.

Despite playing his opener in the evening after the worst of the ferocious heat had subsided, Kyrgios said conditions remained brutal inside the Louis Armstrong Stadium and it was time players raised the issue with officials. 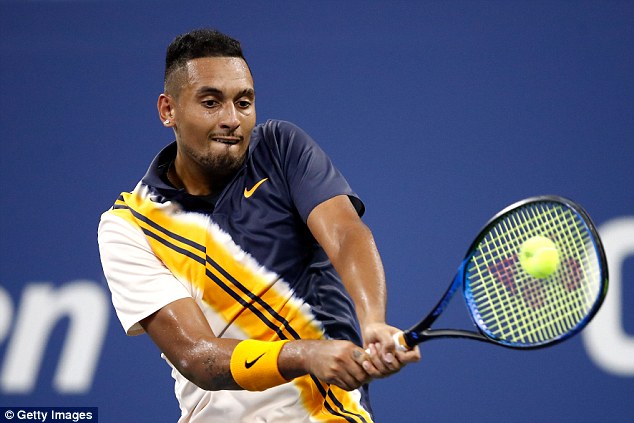 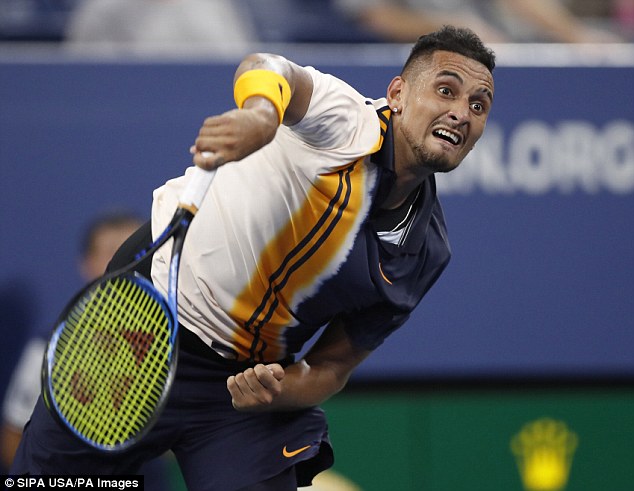 ‘The heat can become dangerous at times and I don’t think we had a heat rule and we made one up today, right,’ the 30th seed told reporters. ‘That’s just ridiculous.

‘I think we should have a heat rule, it’s not healthy to be out there getting dizzy and stuff and the poor ball kids out there. There should definitely be a heat rule looked at and put into place.’

At least two players retired from first round matches on Tuesday due to the heat and if the higher temperatures forecast for Wednesday hit New York, officials will be under increasing pressure to protect the health of both players and fans.

Earlier on Tuesday, a fan collapsed in the stands at the sun-exposed court 17 during Czech Petra Kvitova’s win over Yanina Wickmayer, causing the chair umpire to halt play while emergency medical personnel attended. 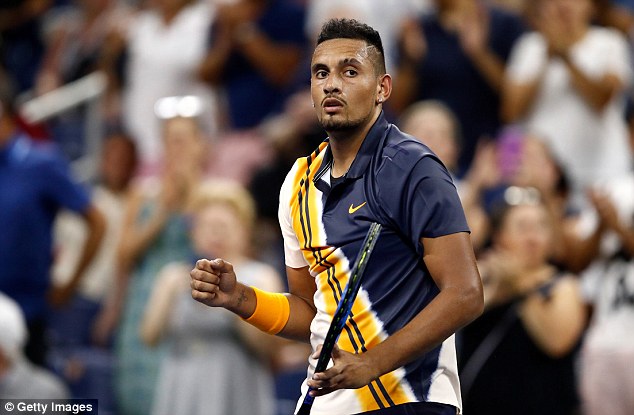 Kyrgios appeared uncomfortable and lethargic at the start of his match, eventually breaking the 95th-ranked Albot to move 6-5 ahead before holding serve to secure the opening set.

However, the energetic Moldovan fought back to take the second, leaving Kyrgios mumbling to himself during the change.

The big-serving Australian recovered his poise as his booming serve began to find hit the target, eventually seeing off Albot with the help of 25 aces.

‘I knew he (Albot) was going to make a lot of balls, I was just happy to get through,’ Kyrgios added. ‘Didn’t feel too good in the second set honestly, but felt pretty good in the third and fourth, and started finding my range.

‘They were very tough conditions I was thankful I wasn’t playing during the day because obviously the heat was affecting a lot of matches.

‘It’s never easy you can’t really prepare for this heat.’