Nick Kyrgios has toyed with his Australian Open opponent with an outrageous through the legs lob as he stormed to victory in the first round.

The 24-year-old put on a dominant serving performance and was never broken in the encounter, taking a straight sets victory in two hours and 13 minutes.

On his ‘favourite court in the world,’ Kyrgios put on a show for the fans including an outrageous tweener lob in the third set that earned praise for Channel 9 commentators John McEnroe and Todd Woodbridge.

‘Novak (Djokovic) tried it last night to no avail, and said “Nick hits it a lot better than I do” and I think he’s correct cause that was some good hands,’ McEnroe followed.

‘Most people if they do the tweener they’re just there to make it and get it over, he (Kyrgios) actually is playing shots off it like lobs,’ Woodbridge continued. 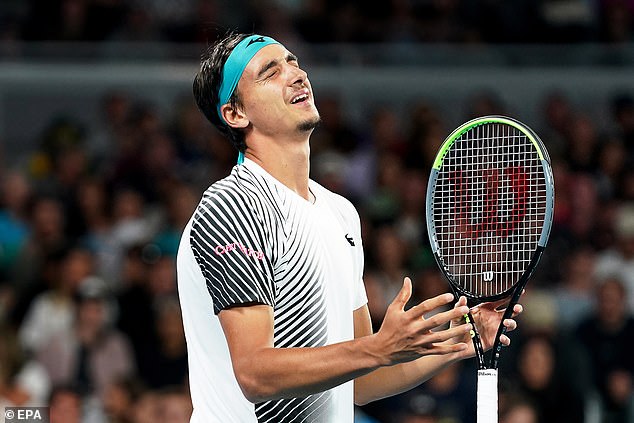 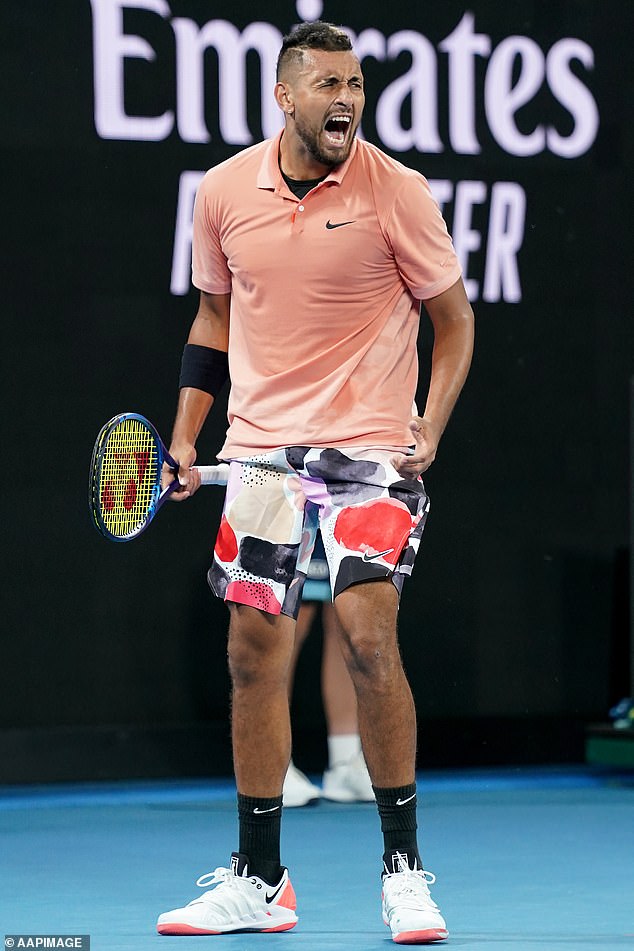 Despite a blackout causing a short delay midway through the second set, Kyrgios was drama-free on court, and moved comfortably into the next round.

‘I was excited to get out here,’ Kyrgios said to McEnroe on court following his win.

‘Obviously it’s been a pretty emotional couple of months for all of us (with the bushfires) so I wanted to come out here and put on a good performance.’

Kyrgios will play the winner of Uruguayan Pablo Cuevas and Frenchman Gilles Simon in the second round. 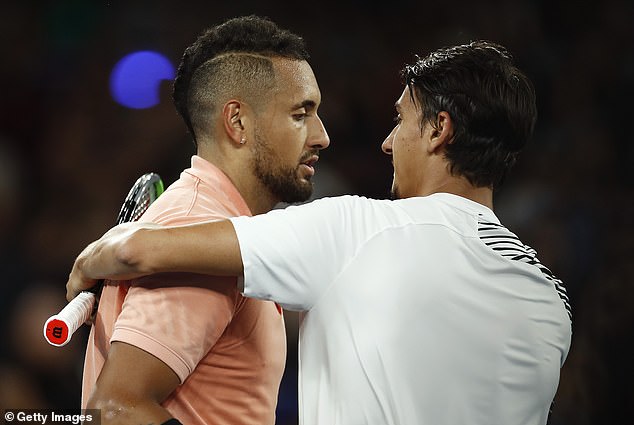 Kyrgios and Sonego embrace after the match. Kyrgios will play the winner of Pablo Cuevas and Gilles Simon in the second round