It is put to Nick Pope, somewhat diplomatically, that his last England appearance against Germany at Wembley did not go quite how he would have liked.

‘That’s putting it lightly!’ he booms back, laughing all the while. He was not laughing in September.

It was then, in the final minutes and with England ahead having fought back from two down, that Pope fumbled Serge Gnabry’s shot and Kai Havertz followed up to score for 3-3. The goalkeeper was battered across all forms of media, mainstream and social.

‘I can’t lie, I got a few texts after the game and it was as if someone had died,’ says the Newcastle stopper, currently part of the best defence in the Premier League.

’It was not ideal, but that is all part of being a goalkeeper. Something I always said to myself when I was younger, you really have to normalise those stickier moments. The difference between players at certain levels is above their shoulders (he points to his head). That is massive, the attitude you have and how you can control certain things.

‘You learn quickly that you are going to chuck one in now and again. It is how you respond to that and look at the bigger picture, because mistakes will cost your team goals and points. That is what goalkeepers are associated with.

‘But, for me, it is so much NOT about that mistake against Germany. It was a case of carrying on, coming back to Newcastle, there were some big games to play in and, fortunately for us, it’s gone very well.’ 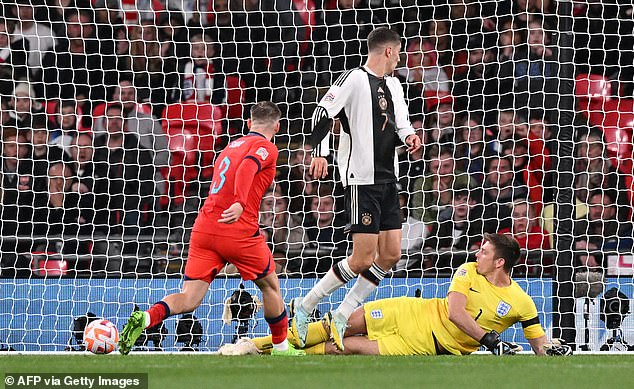 Pope is right, it has gone well. Newcastle are third in the Premier League and he has eight clean sheets in all competitions. He started both of England’s Nations League matches during the last international break, in the absence of Jordan Pickford, and travels to Qatar not knowing if he will retain the jersey for Monday’s opener against Iran.

‘I’m going as a “I don’t know”,’ said Pope, when asked if Gareth Southgate had communicated who was his No.1 keeper. ‘But the success in Russia was about how the squad stuck together, and how much the mentality was about all of us pulling in one direction. Whether I am in or out of the team, that is part of my mindset as well. We’ll just have to wait and see (who the manager picks).’

In Russia in 2018, Pope was the only player not to be put up for media duties during the tournament. He was, everyone accepted, England’s third-choice keeper.

‘It feels different now,’ he says. ‘Back then, I had only just played 35 games in the Premier League for the first time. To go to the World Cup on the back of that, I was buzzing just to be in the squad.

‘Now, I have a lot more experience. I am a different person and a different goalkeeper. It would be a little bit strange if I wasn’t! I feel in a very good place.’ 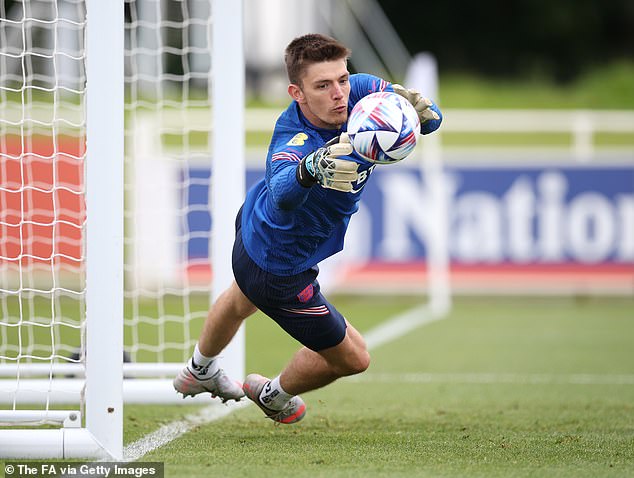 Pope is a bubbly soul. You can see why he is able to bury adversity. He attributes much of that resilience to his journey. He was, he admits, never really meant to be a World Cup goalkeeper, especially not when released by Ipswich Town at 16 before spending his summers working in a branch of Next and delivering milk with his cousin.

Did he ever dream of this moment?

‘No!’ says the 30-year-old. ‘I didn’t think I was that good to be honest! After Ipswich, there were a tearful couple of days. I had been there six years and it was part of my life. I then spent three years at college before getting picked up by Charlton (at 19). I was not playing on pitches and at stadiums like St James’ Park. Back then, I felt a long, long way from the World Cup.’

Southgate has made a lot of picking players on form. On Saturday, Pickford was at fault for Bournemouth’s first goal as Everton were beaten 3-0. Meanwhile, on Tyneside, Pope made a flying save from England team-mate and Chelsea midfielder Conor Gallagher just two minutes before Newcastle’s Joe Willock scored the game’s only goal.

‘Conor wouldn’t have let me forget that for the next four weeks, so it’s a good job it stayed out!’ says Pope, who joined the Magpies for £10million from Burnley this summer. ‘The fans have really looked after me here. I am over the moon with how well the first part of this new chapter is going.’ 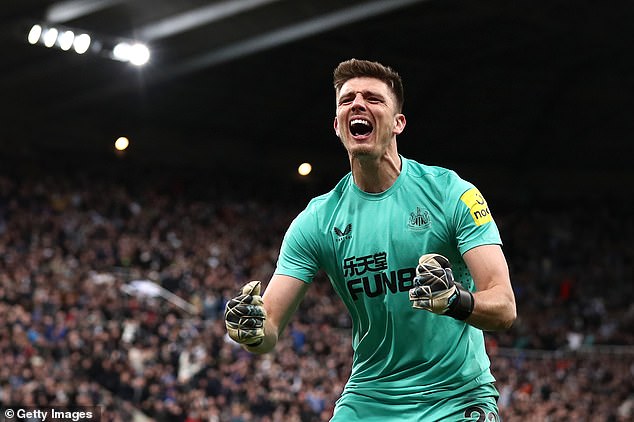 Pope’s terrace tribute, ‘In the middle of our goal, Nick Pope’, is to the tune of the Madness hit ‘Our House’. Last Wednesday, he was left, right and centre, keeping out three penalties during a Carabao Cup shootout victory over Crystal Palace. It was a timely reminder to Southgate as to his expertise from 12 yards. Will he be telling the England boss that he is the man for the job in such situations?

‘No, I won’t be saying that! He will be telling me what to do,’ says Pope, and again he is smiling. ‘To be honest, I don’t think my record is unbelievable. But I will always back myself. You pick a way, trying to cover as much as you can. There’s not loads to it, really.’

The answer tallies with his genial, relaxed demenaour. As he chats to us before leaving for the World Cup, Pope has a bin-liner in his sizeable grasp. What’s in it?

‘Just some boots. It doesn’t look the greatest, it’s just the easiest way to carry them around!’ he replies.

Also in the bin is memory of that Germany blunder. Pope, you feel, will be just fine if called upon by his country this next month.