Nick Timothy warns the Tories must splash cash on the NHS

Theresa May’s ex-chief of staff Nick Timothy called on the Government to splash cash on the NHS and defence to head off defeat to Jeremy Corbyn.

Mr Timothy, who lost his job in Downing Street after masterminding the election disaster last year, said the country is ‘tired of austerity’.

The former aide also revealed he had not seen Mrs May since leaving his post but stopped short of saying he had not spoken to the Prime Minister.

Critics have suggested Mr Timothy retains influence over Mrs May, for whom he worked for many years alongside Fiona Hill, who was co-chief of staff.

The duo were condemned across Tory ranks after steering the PM to calamity at last June’s snap election, losing the Government majority after conceding a 20-point lead.

Mr Timothy spoke out today at a Resolution Foundation event to discuss the future of Conservatism.

He said: ‘It feels increasingly clear that the country is tired of austerity and the public services are starting to feel the strain a little bit.

‘While the NHS needs reform it also needs more money and I don’t think many people think the defence budget is sustainable.

‘There’s quite a strong argument that fiscal policy needs to change.’

In an apparent swipe at Michael Gove, the Environment Secretary, Mr Timothy claimed a renewed Tory focus on green policies could damage the party.

Mr Gove has become among the most active ministers, announcing a raft of policies such as a crackdown on single use plastic in a bid rehabilitate the Tory image.

The Conservative manifesto’s backing for a new vote on fox hunting was seen by some as a major issue that drove voters away.

But despite the rebrand, Mr Timothy said: ‘I think alighting on the environment is a slightly strange thing to do and reflects some kind of strategic confusion.’ 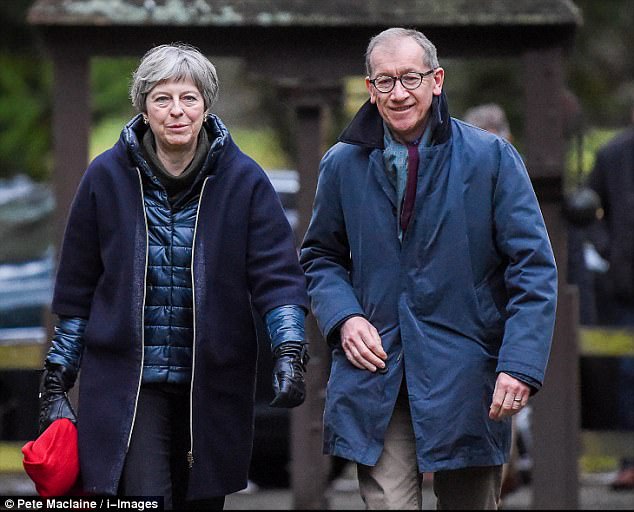 Mr Timothy, who lost his job in Downing Street after masterminding the election disaster last year, said the country is ‘tired of austerity’ as he urged Theresa May (pictured at church in Maidenhead yesterday) to change course

He said: ‘It presupposed desire for continuity talking about Brexit constitutionally and even in nationalistic terms, not about changing the country.

‘The political strategy of Government from July 2016 to beginning of election campaign was a success… we were 20 points ahead in the polls… in every social class and region.

‘We blew the election campaign because we fought a campaign that was different to that strategy… we didn’t take the lessons of that strategy into the General Election.’

Mr Timothy defied critics who claim he retained too much influence over the Prime Minister.

He was blamed for the sacking of Justine Greening as Education Secretary at the botched reshuffle earlier this month.

He said: ‘I haven’t seen the prime minister since I resigned at the general election.

‘Of Conservative prime ministers past and present, I see David Cameron more often than I have Theresa May, because I’ve seen him once.’ 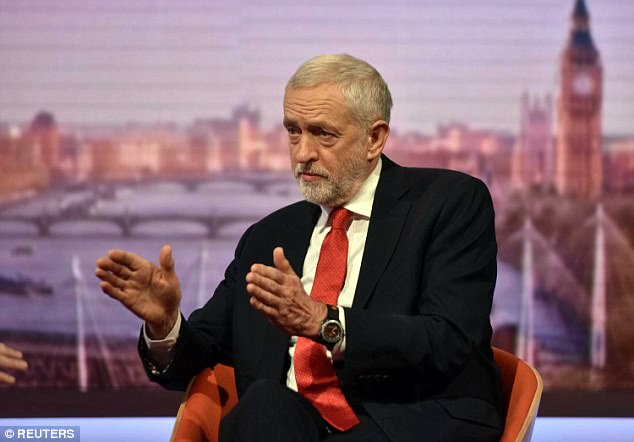