She took to Instagram Sunday to confirm her new romance with Kenneth ‘Zoo’ Petty with a raunchy snap of the two of them together.

And on Monday, Nicki MInaj posted another provocative photo, posing in her closet in skimpy underwear with her jeans pulled down.

‘I’m thicker than peanut butter – he nu****’ like Skippy now,’ she wrote in the caption alluding to a sexual encounter.

No shame: Nicki MInaj posted this provocative photo Monday as she remains defiant after it emerged her new boyfriend Kenneth Petty is a registered sex offender and murderer

The rapper’s choice of new boyfriend has divided her fans.

Petty is a registered sex offender in New York after being convicted of first degree attempted rape in 1995, after a 1994 incident with a 16-year-old girl, according to public records from the New York Division of Criminal Justice Services .

In 2006, he was convicted of manslaughter for killing a man named Lamont Robinson and served seven years in prison, being released in 2007.

According to documents obtained by The Blast, Petty shot Robinson ‘with a loaded handgun multiple times, thereby causing his death.’

He served seven years in jail, released in 2013.

On Sunday, Minaj clearly had had enough of her critics sharing a photo in which she’s almost naked and on all-fours on a bed next to Petty with her mouth open and her tongue out.

‘They wanna talk? Let’s give’m smthn to talk about. *Shania voice*’ she wrote. 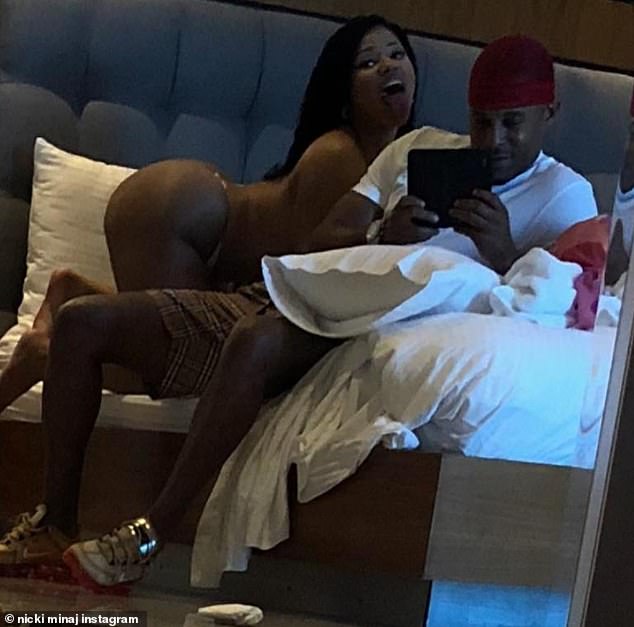 Giving them something to talk about! On Sunday, Minaj shared this photo in which she’s almost naked and on all-fours on a bed next to Petty with her mouth open and her tongue out 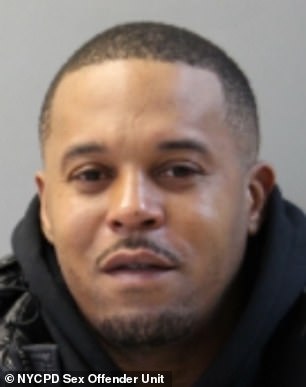 The photos confirmed rumors of the relationship which were sparked after Petty first appeared on Minaj’s Snapchat and Instagram Story around a week ago.

In that first image, Minaj wrapped her leg around him.

The Barbie Dreamz rapper made a show of her backside in semi-sheer white pants and a Balmain crop top.

It was captioned with Adele lyrics, which read: ‘Did you ever make it out of that town where nothing ever happens?… it’s no secret… that the both of us… are running out of time.’

She also shared a solo picture of her new flame, who works in the music industry. 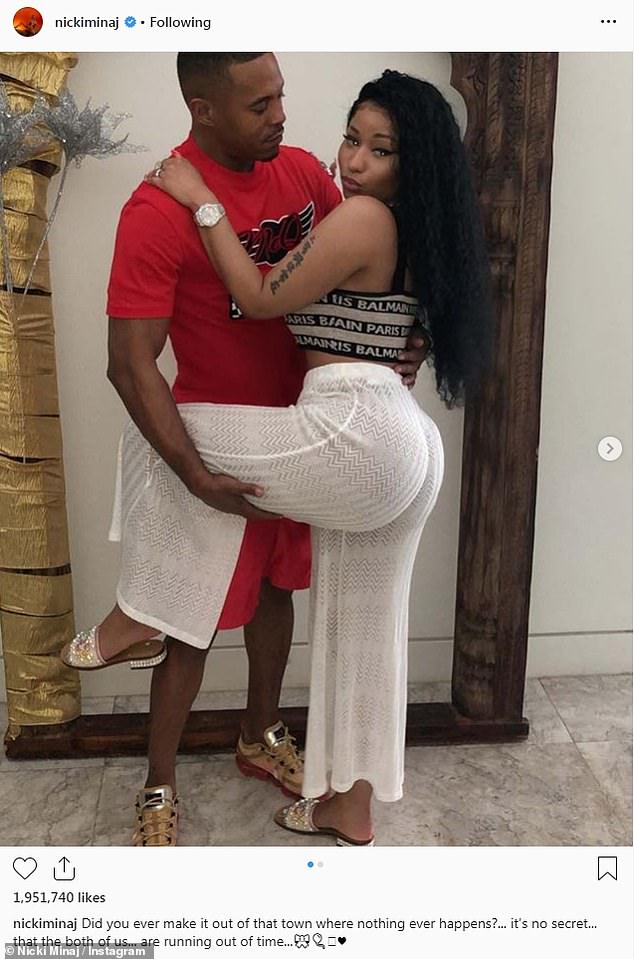 Instagram official! Minaj confirmed her new relationship via social media posing with her leg wrapped around her boyfriend who works in the music industry 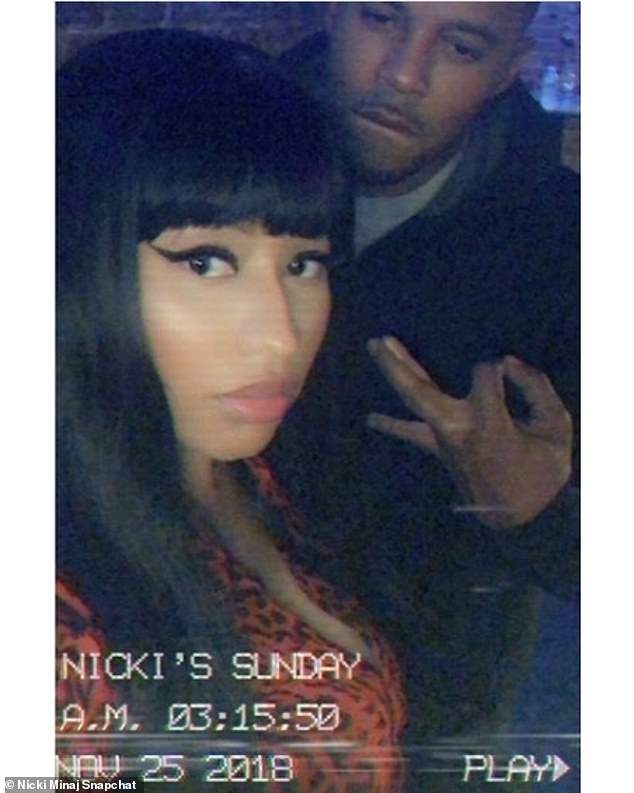 Record: Petty was convicted of first degree attempted rape in 1995 and of manslaughter in 2006 after shooting a man dead

Minaj has a history with less-than law abiding citizens.

She’s also defended rapper/collaborator Tekashi 6ix9ine, who was convicted on a felony count for the ‘use of a child in a sexual performance’ in 2015 for appearing in a sexually explicit video with a 13-year-old girl.

In the past Minaj has dated rappers Meek Mill, Safaree Samuels, and Nas. 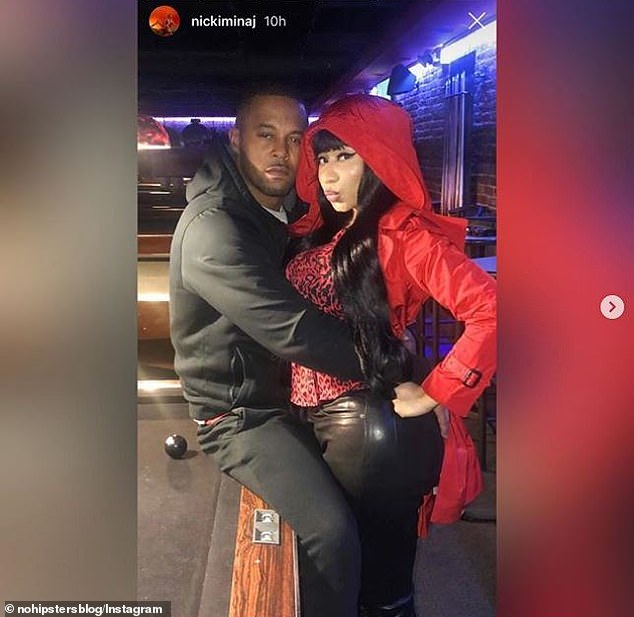 Dating: The rapper first went public with Petty on her Snapchat and Instagram Stories