‘We never liked each other… from the first moment, it was just a bad vibe’: Former Arsenal star Nicklas Bendtner reveals that Emmanuel Adebayor is the ONLY team-mate he didn’t get on with

Former Arsenal forward Nicklas Bendtner has revealed that Emmanuel Adebayor is the only team-mate has has failed to get on with in his career.

The pair are only a year apart in age, battled for the same position while coming through at Arsenal, and even had a very public on-field argument in a 2008 Carling Cup match against Tottenham.

And now Bendtner has further lifted the lid on his thoughts about the Togo striker, telling talkSPORT: ‘There is only one guy I’ve fallen out with and that’s Adebayor. We never liked each other. Apart from that I got on with most people. 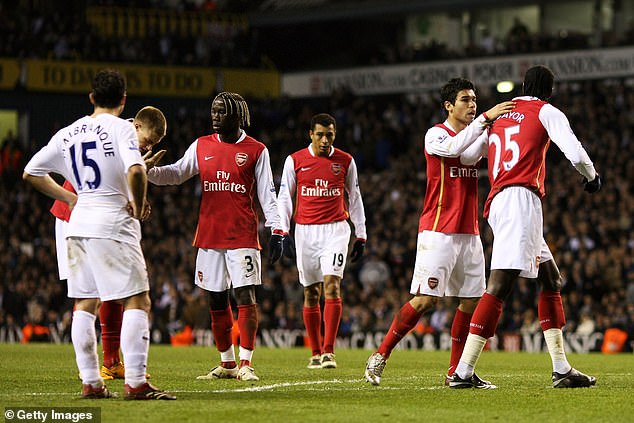 ‘We sat next to each other in the changing room. He was 25, I was 26, from the first moment we saw each other it was just a bad vibe. That never changed.’

Things then boiled over on the pitch between the team-mates at White Hart Lane, with Arsenal losing 5-1 to their bitter rivals, and the pair were both fined by Arsene Wenger in the aftermath.

‘We had some small bust-ups in the changing room and that quite big one in Tottenham where it sort of blew out of proportion,’ Bendtner explains.

‘We got hammered 5-1, we were so bad and the disappointment of letting the fans and team down just got out of hand between us. 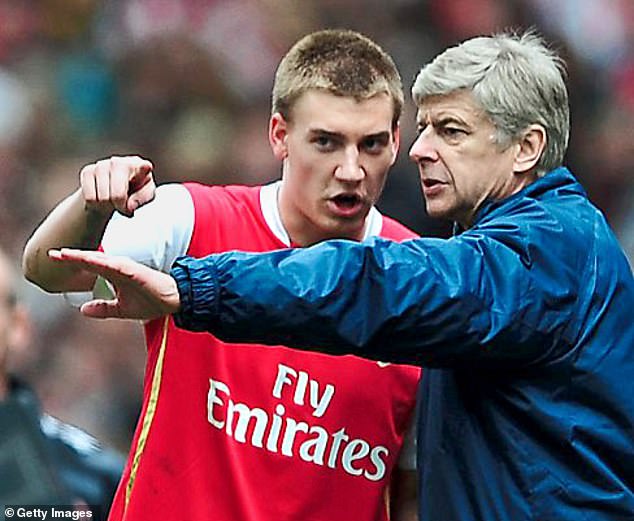 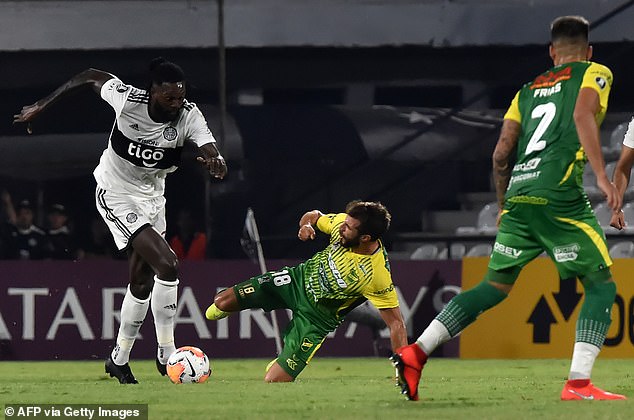 ‘We had that sting on the pitch then we had a little bit in the dressing room and then the next day we were in [Arsene] Wenger’s office getting fined.

‘It got explained how we had to learn how to deal with each other on a professional level and on a personal level.

‘It was actually quite a good way of learning how to work with someone that you really disliked.’