She’s set to welcome her second child into the world in early 2018.

The hotel heiress, 33, showed off her baby bump in a red maxi dress with black heels for the star-studded event in NYC.

Her blonde locks were worn sleek and straight with an off-center part that showed off her darker roots.

Nicky opted for a solid gold clutch purse and a gold necklace to accessorize her outfit for the yearly event that combines fashion and ballet performances.

She is already a doting mother to baby daughter Lily Grace, 14 months, and DailyMail.com exclusively revealed the socialite was expecting her second baby earlier this summer.

An insider claimed Nicky and elder sister Paris, 36, both love being close in age, so the family are all very excited at the news.

‘It’s Lily’s first birthday July 8 so they are excited,’ the source revealed. ‘They always wanted to give Lily-Grace a sibling close in age, like they both have.’

The Hilton hotel heiress married British banking heir James Rothschild in a lavish ceremony at the Kensington Palace Orangery in London in July 2015, surrounded by the creme de la creme of society, as well as their friends and family. 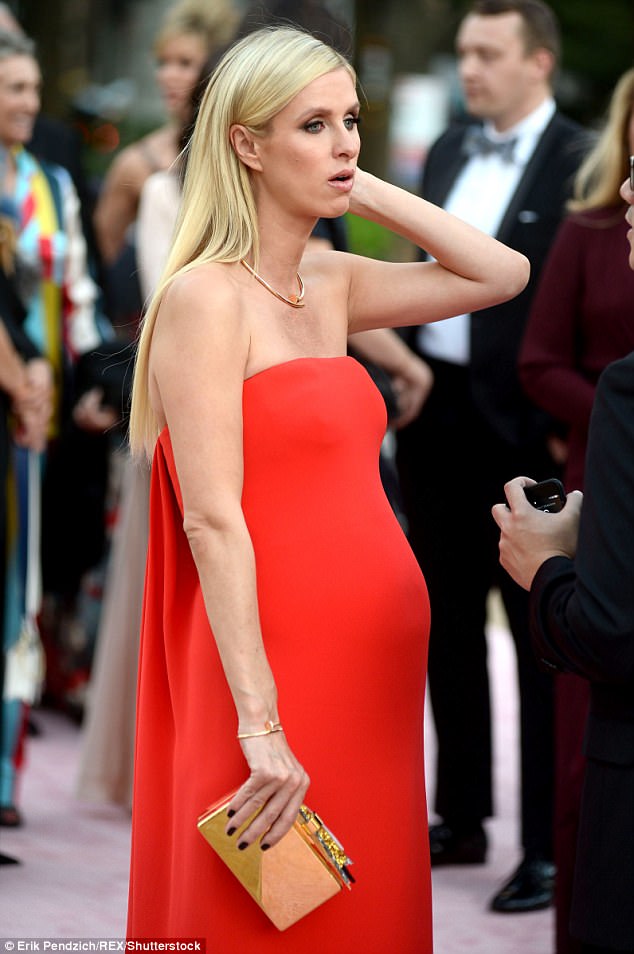 Baby on board: DailyMail.com exclusively revealed the socialite was expecting her second baby earlier this summer, she is due early next year

The bride wore a stunning $77,000 couture Valentino gown featuring a high-neck and a long train, topping the look off with a dramatic lace veil, while her reality star sister Paris acted as maid of honour.

Nicky and James started their relationship in 2011 after meeting at Petra Ecclestone and James Stunt’s Italian wedding in 2011.

James reportedly flew from England to the States to ask her parents for her hand in marriage before he proposed to her in Lake Como, Italy, in August 2014. 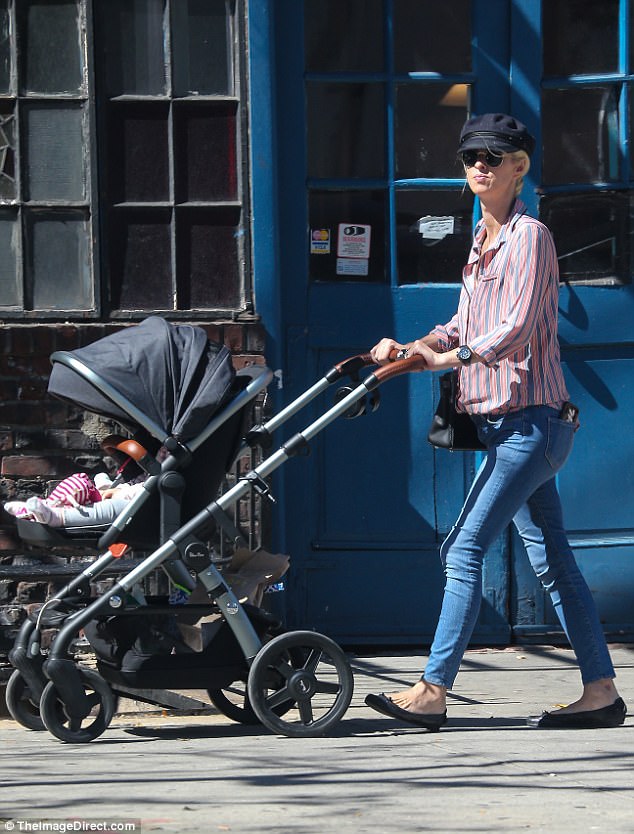 Dressed down: Earlier on Thursday, she pushed her daughter in a stroller while wearing a loose striped button-front top and blue jeans with flats and a hat 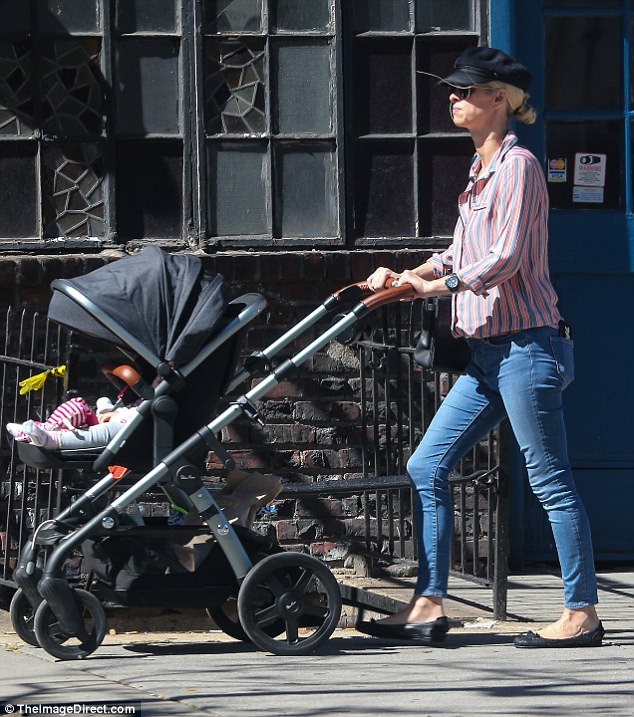 Mrs. Rothschild: Her British banking heir James Rothschild was not with her for the outing