Nicolas Cage’s son Weston has some tough decisions ahead of him.

The 26-year-old son of the enigmatic 53-year-old actor and 50-year-old designer Christina Fulton has been given a chance by the judge in his DUI case to partially decide which sentence he will take after pleading no contest in the February 4 incident earlier this month,TMZ reported Monday.

Weston can either serve 45 days in county jail, 30 days of community labor or complete 350 hours of community service as part of his sentence in the case, in which Weston was convicted of driving with a BAC of 0.08 or higher, the outlet reported.

Troubled times: Weston Cage, 26, has been given a chance by the judge in his DUI case to partially decide which sentence he will take after pleading no contest, TMZ reported Monday. The musician was snapped earlier this month at an LA movie premiere

In addition to one of the options, the outlet reported, Weston will also be obligated to take part in a three-month alcohol program and face assorted financial penalties in fallout of the incident six months back.

The incident took place during the afternoon of Saturday, February 4, when the son of the Leaving Las Vegas Oscar-winner, driving in a white Chevrolet Camaro, was involved in a collision with another motorist.

He initially gave the other driver his information, but left abruptly as he thought the police were pursing him, TMZ reported.

Law enforcement eventually did catch up with Weston, who collided into mailboxes and street signs before plunging into a tree. 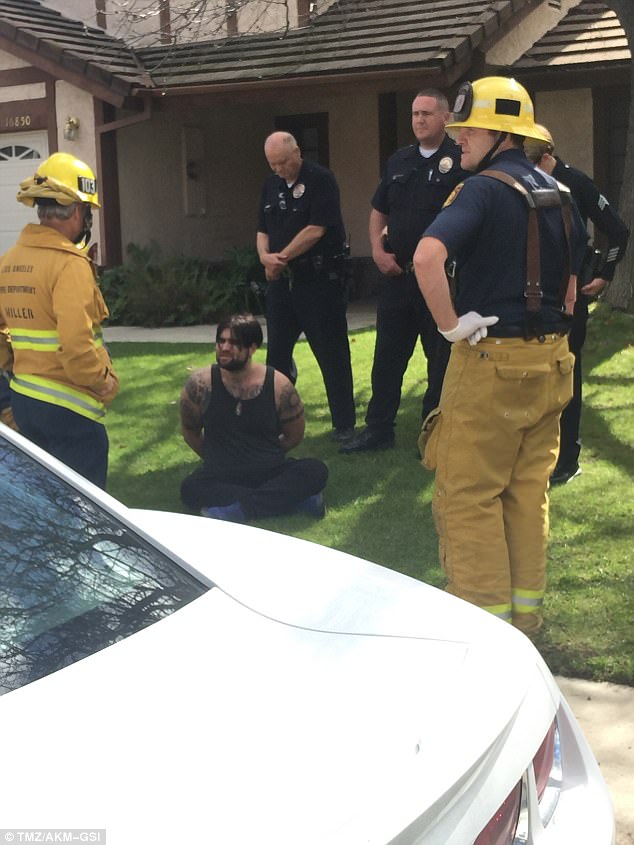 Bad time: The son of actor Nicolas Cage was taken into custody February 4 in connection with DUI in the San Fernando Valley 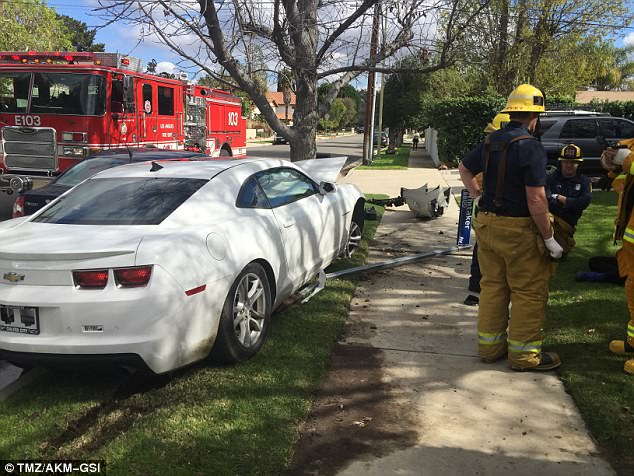 Damage: Weston careened into street signs and a tree on the drunken drive, yet thankfully, no one was injured

The impact from the collision caused the airbag in his vehicle to discharge, and knocked a tire off the automobile.

He was subsequently arrested and then hospitalized in the wake of the harrowing incident.

Weston, who has a three-year-old son named Lucian, told DailyMail.com in September of 2015 that ‘alcohol became a nightmare’ in his life during a time he was drinking up to 30 beers daily, in addition to abusing substances such as wine, hard liquor and pills. 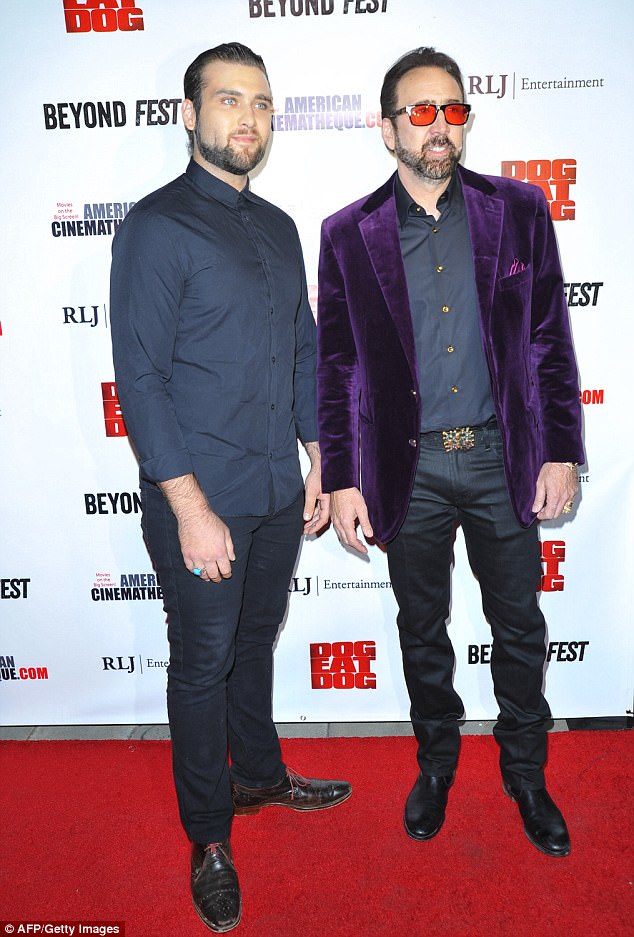 Famous dad: Weston posed with Nicolas at a September 2016 screening in Hollywood 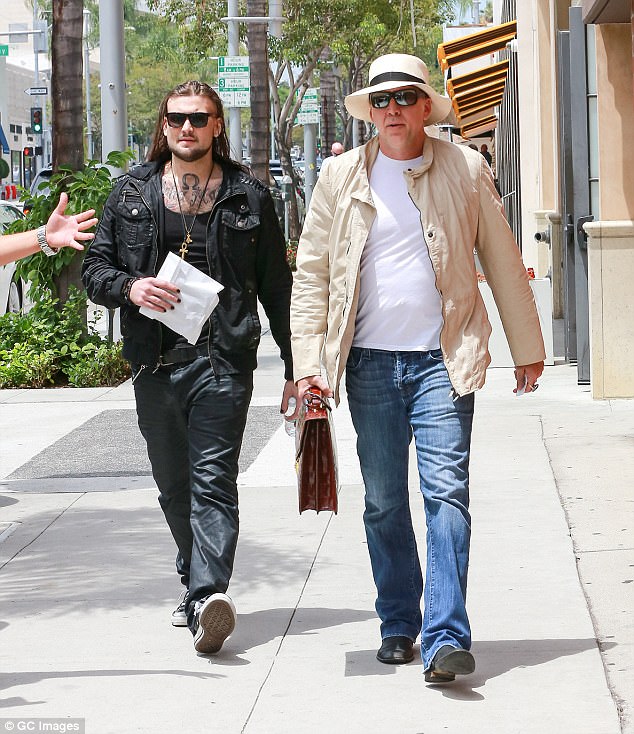 Setback: Weston, seen with Nicolas in 2015 in LA, said he had been able to achieve sobriety for some time amid a self-destructive battle with alcoholism 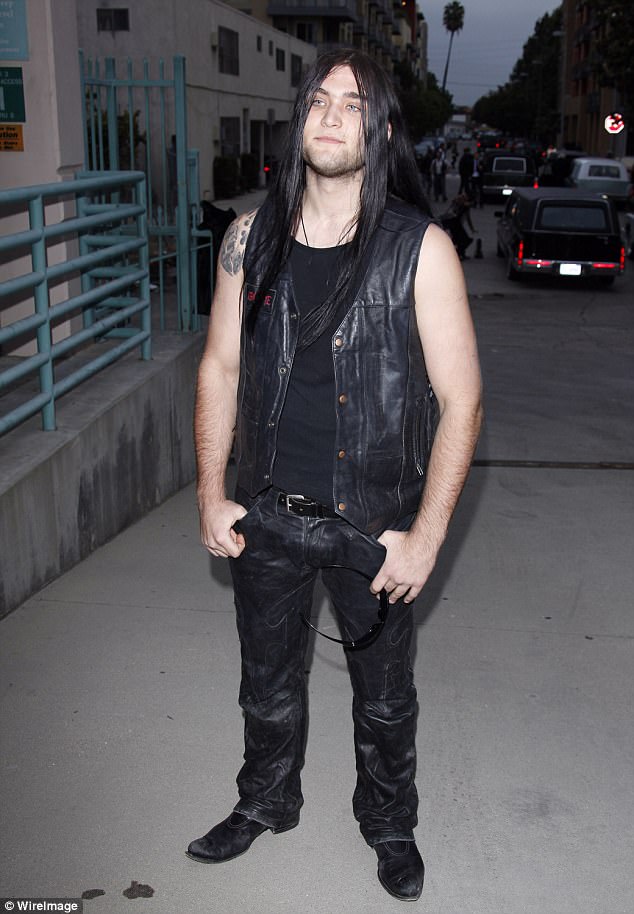 Rocker: Weston, seen here in 2009 in LA, has had past issues with the law, including two arrests for domestic violence

He said that boozing brought out his self-destructive side in a terrible way.

‘You have to know what type of alcoholic you are,’ he said. ‘I was the kind that drank until I was unconscious. I knew I could not go on living that way. I knew there had to be a better life.

‘It’s dangerous because you can get taken advantage of, you can’t protect your family when you are that out of it. I don’t miss the hangovers, I don’t miss the bad feelings and the bad dreams.’