But when Keith’s Graffiti U World Tour moved from Tennessee to Alabama for a show the following evening, the country star’s wife decided to stay behind.

Instead of attending her husband’s next gig, the 51-year-old actress remained in Nashville where she spent the evening at a Taylor Swift concert with her daughters, Faith Margaret and Sunday Rose.

Shake it off! Nicole Kidman hilariously ditched husband Keith Urban’s tour to take her children to see Taylor Swift instead as they both play shows on the same night in America

Nicole’s unexpected arrival at Taylor’s tour caused a frenzy at Nashville’s Nissan Stadium, which has a capacity of 69,000 people.

As photos of the star in attendance spread across social media, one excitable fan wrote: ‘I SEE YOU NICOLE KIDMAN!’

Before the show, Nicole and her children went backstage for a meet and greet with Taylor.

‘Thank you @taylorswift for your kindness to my girls and me,’ she wrote on Instagram. ‘Beautiful woman inside and out – and your talent is extraordinary.’ 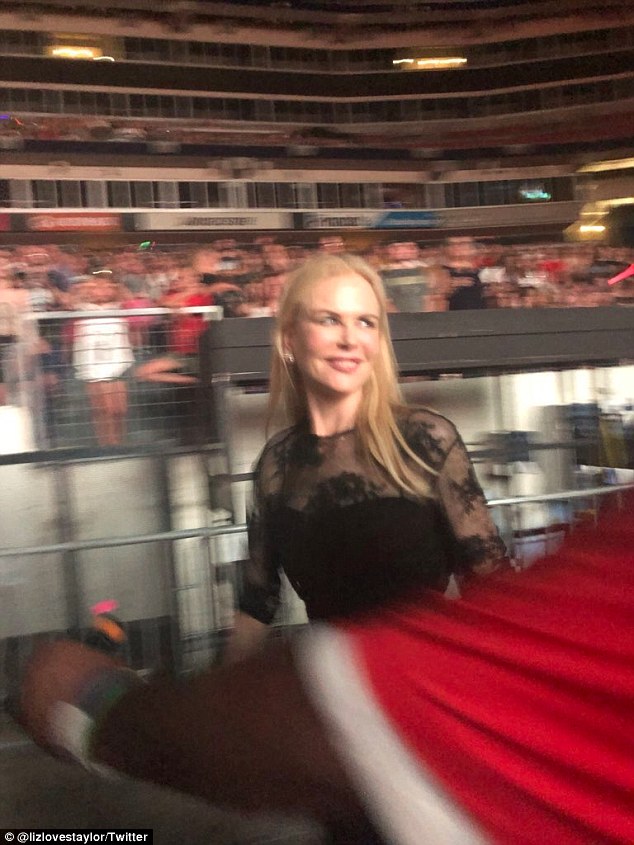 ‘I SEE YOU NICOLE KIDMAN!’ Nicole’s unexpected arrival at Taylor’s tour caused a frenzy at the Nissan Stadium as fans snapped excited pictures of her around the venue 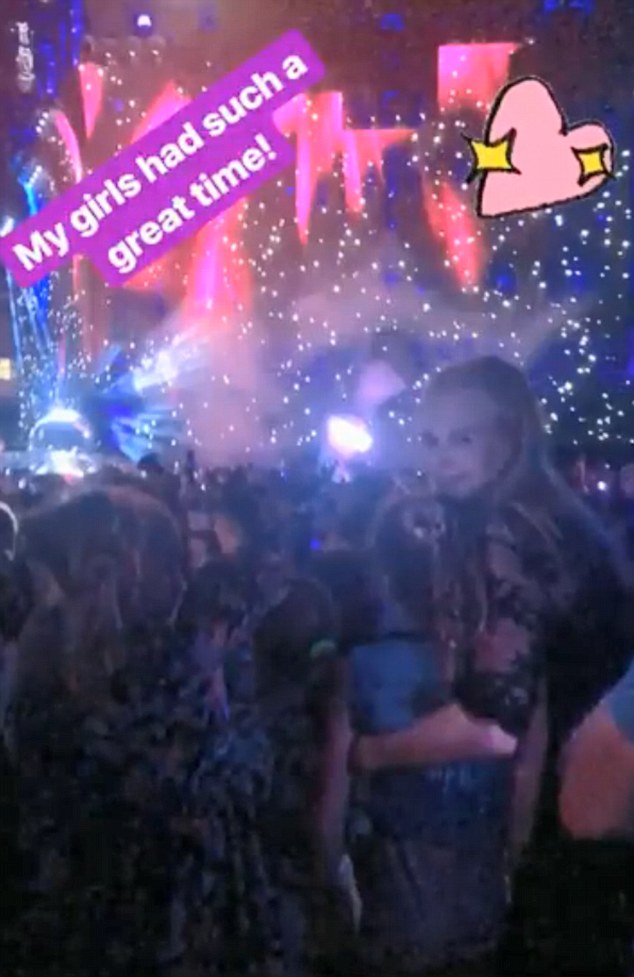 Time of their lives: Nicole documented her night at the Nashville gig online with daughters Faith Margaret and Sunday Rose

Throughout the concert, Nicole kept her fans on social media up to date with the fun she was having while singing along to Taylor’s hits.

One video showed the Moulin Rouge! star dancing enthusiastically to Ready For It? with other concertgoers.

In another photo, she hugged her daughters in the crowd. 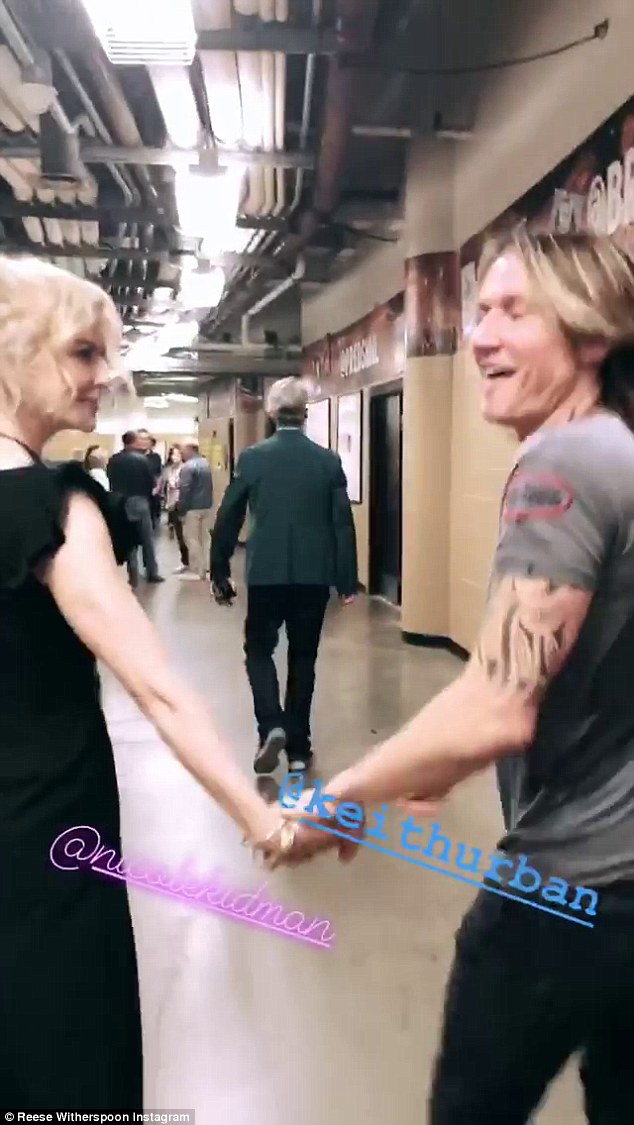 Wife duties: Nicole attended Keith’s Graffiti U World Tour gig on Friday in Nashville, but as the tour moved on to Alabama for a show the following evening, she stayed behind for Taylor’s gig 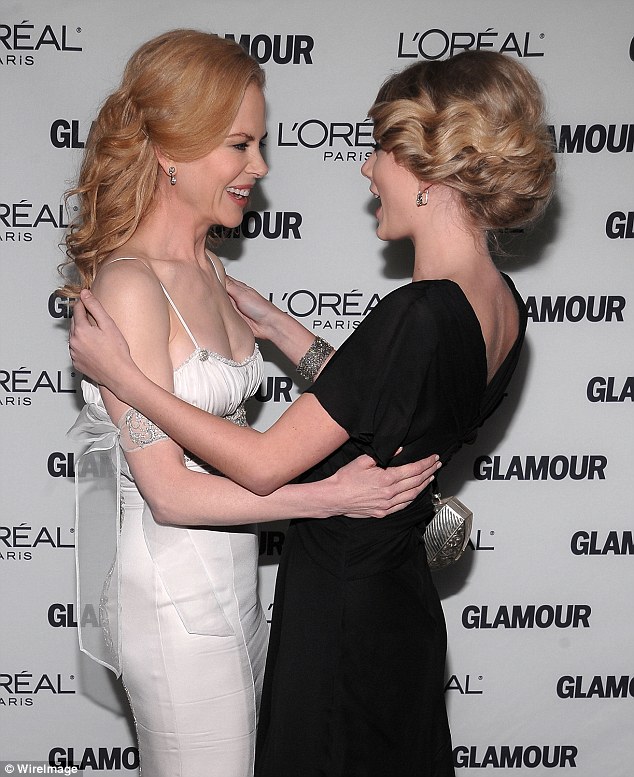 Besties: Taylor and Nicole’s friendship has spanned many years now and the pair have been photographer together at a variety of events and award shows

Taylor and Nicole’s friendship has spanned several years now and they have been photographed together at a variety of events and award shows.

During an interview with Red magazine in 2016, the Australian even compared her life to Taylor’s while reflecting on her former marriage to Tom Cruise.

‘I had two kids by the time I was 27 and I’d been married for four years. But that’s what I wanted.’ 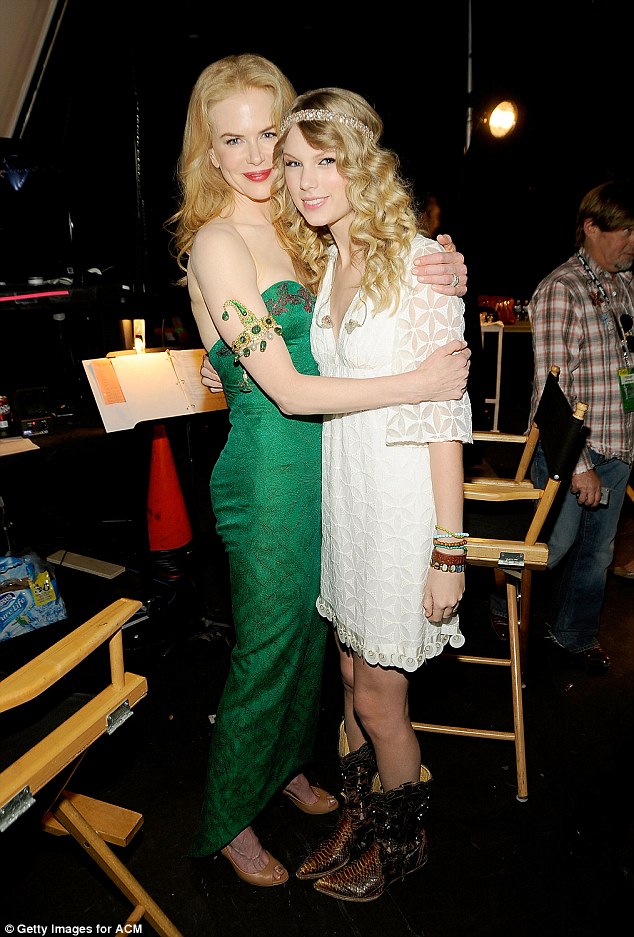 ‘How old is Taylor Swift?’: During an interview with British magazine Red in 2016, the Australian icon even compared her life to Taylor’s while reflecting on her marriage to Tom Cruise

The two women may have also grown even closer after Nicole recently starred in a movie alongside Taylor’s boyfriend Joe Alwyn.

The coming-of-age film, written and directed by Joel Edgerton, follows the story of a small-town teenager who admits to to his Baptist minister father that he is gay.

He is then sent to a strict conversion camp by his parents, played Nicole and Russel.